Kid Galahad: ‘I’d travel anywhere in the world to fight any world champion’ 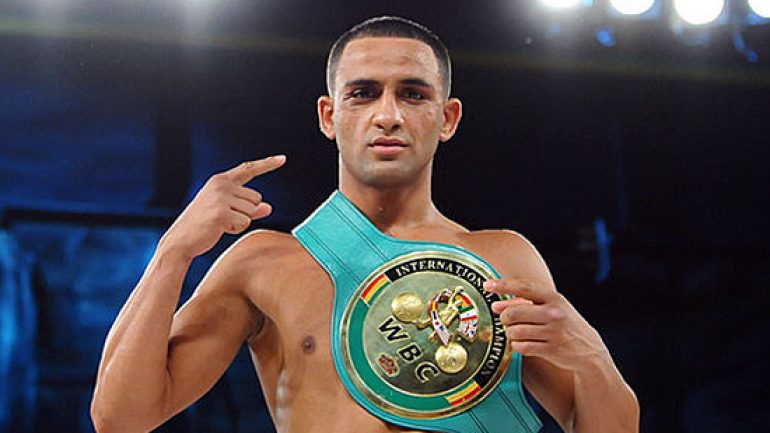 Unbeaten featherweight contender Kid Galahad is tabbed to face an as yet unnamed opponent on the undercard of gym mate Kell Brook’s return against Siarhei Rabchanka, in Sheffield, England, on March 3.

Galahad (23-0, 14 knockouts) hasn’t fought since July of last year and is pleased to be getting back to business in his home city.

“I’m looking forward to fighting back in Sheffield. I can’t wait,” Galahad told RingTV.com. “I don’t know who it’ll be but it’ll definitely be some sort of title. It should be a good stiff test.”

The 27-year-old boxer-puncher is a former British, Commonwealth and European champion and he insists that his inability to break through at world level is no fault of his. 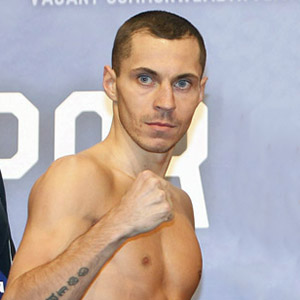 “If you look at [former Quigg opponent Jose] Cayetano – I made easy work of him. Alright, we both stopped him in the 10th round [sic: Quigg stopped Ceyetano in nine] but Quigg had life and death with him. I went in there, made easy work of it and took him out.

In many ways Galahad, real name Abdul Barry Awad, has been left on the sidelines, while his British contemporaries have procured a variety of opportunities.

Although Galahad would like to be facing his domestic rivals, he is looking forward to assessing their performances in these intriguing featherweight matchups.

“Quigg-Valdez, that’s a great fight,” said Galahad from his training base in Fuerteventura, Spain. “I want to throw my name in there. I’m ready to face any of them, the winner or the loser.

“I think Valdez has a little more about him. Quigg hasn’t looked good in his last two or three fights. He fights with his face and with someone like Oscar Valdez, you can’t really do that. 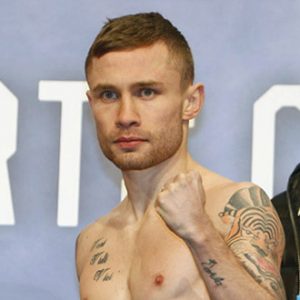 “I think he needs to go back to training with Joe Gallagher. He had a good style for him; tuck up, don’t take as many and wear the opponent down. Since he’s gone to America, I think he’s taken steps backward in terms of boxing.”

The Yorkshireman is also keen to see what version of Frampton turns up and if Donaire still has enough left to compete at top level. “It depends if Frampton boxes like he boxed in his last fight (against Horacio Garcia). (If he does) I think Donaire should beat him,” he said.

“If Frampton can turn up, Frampton has that x-factor. He can box. He’s a very well-rounded fighter. I rate him very highly.”

Galahad expects a close battle between Selby and Warrington.

“That’s a fantastic fight,” he said. “I think Warrington’s a lot better than people think he is. He’s a good, well-rounded fighter. He’s got a good engine on him. He’s tough. It’s not going to be an easy fight for Selby, but I think Selby should beat him.

“I think Selby, Warrington and Frampton are going to be playing musical chairs for a bit. I keep on calling them out, but I don’t think any of them fancy it.”

However, Galahad is not limiting himself to his fellow-Brits and would happily tangle with any of the top featherweights in the world. Currently, he’s ranked WBC (No. 7) and IBF (No. 5).

“I’d love to fight Gary Russell Jr.,” Galahad revealed. “He’s been in with some big names; the likes of [Vasyl] Lomachenko. I’d love to share the ring with him. I’m confident I’d get in there and beat him.

“If they said, ‘Do you wanna fight Gary Russell Jr. in the U.S.A. in my next fight?’ I’d say, ‘Yeah, 100 percent.’ I’d be more than happy to travel anywhere in the world to fight any world champion.”

In the meantime, Galahad will seek to put pressure on his contemporaries by staying in the win column.