Brandon Rios wants to prove vs. Danny Garcia he’s ‘still one of the best out there’ 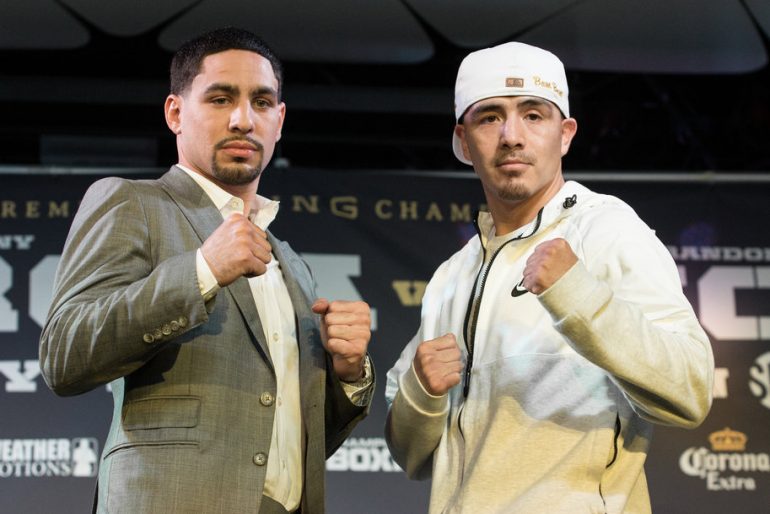 LOS ANGELES — Brandon Rios was written off. Hell, he’d written himself off.

That was after his last meaningful fight, a November 2015 bout title challenge of Timothy Bradley. Rios was listless in the ring and didn’t win a single round before Bradley finished him — and his career — with a body barrage in Round 9.

Rios, then 29, retired during the post-fight press conference and said he no longer had the desire to train.

He’d consistently showed up to camp out of shape, and was forced to use his training sessions as much to cut weight as prepare for his opponent.

The retirement was short-lived, and the action fighter was back in action in June 2016 with a knockout victory over journeyman Aaron Herrera. Now Rios steps back to the elite level with a February 17 assignment against former two-division champion Danny Garcia, and following a long layoff and so many wars, it’s a wonder if he’ll be able to hang on this level.

“Everybody knows my style. I’m not here to dance, I’m coming to fight,” Rios, whose first two bouts with Mike Alvarado are among the best of the past 10 years, said at Tuesday’s news conference. “I’m going in there with my heart out to show the world that I’m still one of the best out there.

“I feel strong and I feel rejuvenated. My body needed some rest because all of my fights are wars. It took a toll on my body and now I feel as good as ever. I’m ready to show the world a different Brandon Rios.”

To prove he’s indeed a different man, Rios (34-3-1, 25 knockouts) revealed he weighed just 157 pounds Tuesday, only 10 more than he’ll need to weight a day before he meets Garcia (33-1, 25 KOs) in Las Vegas for the Showtime Championship Boxing main event.

He’ll need to be at his sharpest to combat Garcia’s sharp counterpunching and superior skills, even if the A-side is coming off a close loss to Keith Thurman in March.

One win, and Rios will no longer be an afterthought in a star-studded division. He’ll be right in the thick of it for even bigger fights.