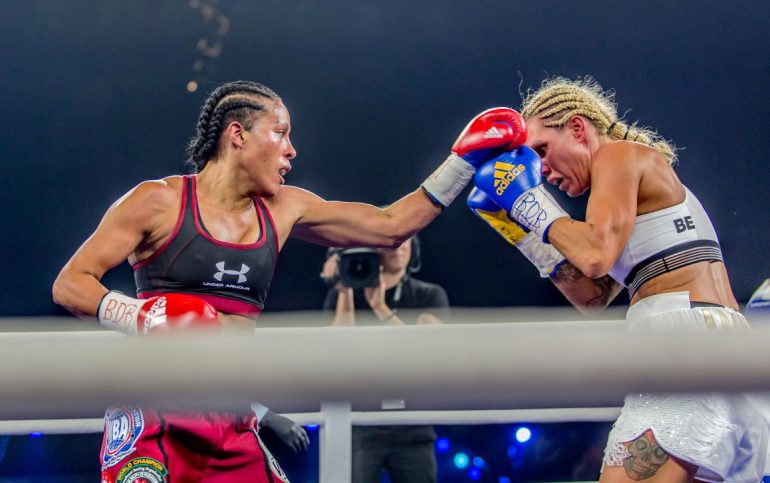 During the times her parents thought she was in her bedroom, 14-year-old Cecilia Braekhus would creep towards her window, silently climb out and shimmy down the high fire escape on the side of the house to go train. Each time, she wasn’t thinking about making history. She just didn’t want her parents to find out. She wanted to immerse herself in something that caught her attention on a TV commercial – a brief 30-second spot that launched a 10-year boxing career, changed a nation’s attitude toward professional boxing and continues to make history.

Today, the Boxing Writers Association of America is proud to announce that Cecilia Braekhus, the undefeated 36-year-old Norwegian superstar, undisputed welterweight world champion and recognized by most women’s boxing experts as the No. 1 pound-for-pound female fighter in the world, is the 2017 winner of the Christy Martin Award, which is given to the BWAA Female Fighter of the Year.

Braekhus becomes the first woman to be named female Fighter of the Year in the 92-year history of the BWAA. A select group of women’s boxing experts choose Braekhus from a distinguished list of nominees that included Jessica Chavez, Naoko Fujioka, Mariana Juarez, Amanda Serrano, Claressa Shields and Katie Taylor.

“I’m very excited about this,” said Braekhus, who began her professional boxing career in 2007 and was instrumental in lifting a ban on professional boxing in her home nation, Norway, in 2014. “This is important to me, because it’s part of boxing history and it’s very big for me because of the young girls that may think about boxing in their future. 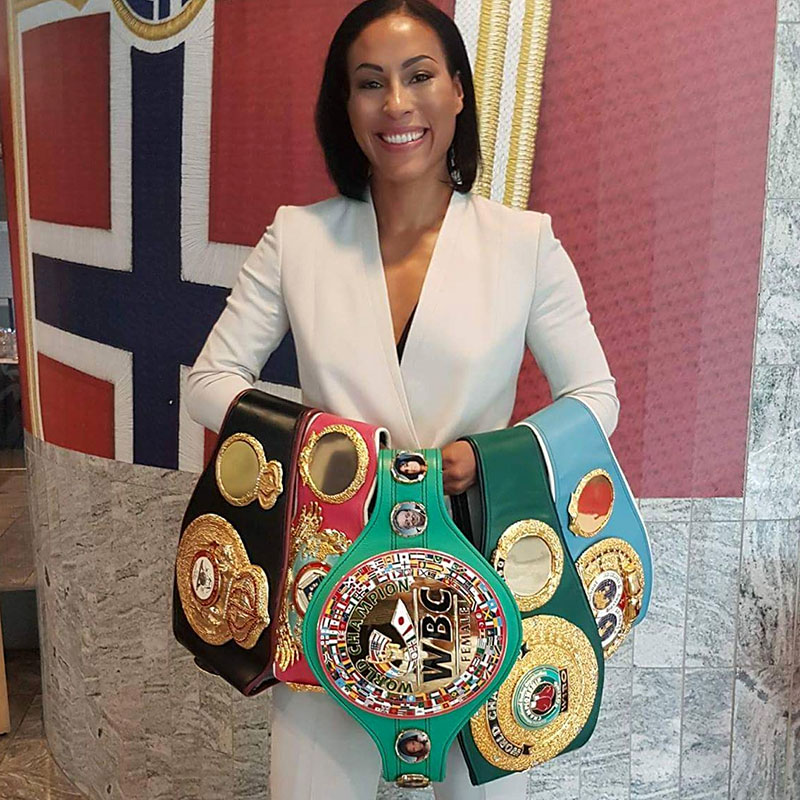 “I think also of all the girls whose name should be on this that are a huge part of this – the girls who went to the gym and trained hard twice a day, only because they loved the sport of boxing. They gave everything and didn’t get anything back – money, fame or anything. They did it because they loved it and wanted to compete and represent their country. It’s been a long road for women’s boxing, so it’s great for the BWAA to recognize a female fighter of the year. I’m very proud to be the first, but there are a lot of women that came before me that made this possible.”

“We were looking at performances throughout 2017, but not just the performances and the wins, but the level of competition each of the women faced,” Gerbasi said. “When you look at that, it’s hard to look at anyone other than Cecilia. Everyone who was nominated was worthy. If you ask 20 people about the seven nominees, you might get several different answers.

“When we looked at Cecilia, she fought two former world champions and fought one current world champion in Erica Farias, who was moving up in weight, making it a super fight between two of the pound-for-pound best. Cecilia did all of this with a target on her back, because she had five world titles to defend.”

Born in Colombia, Braekhus lived in an orphanage until the age of 2, but she impacted her adopted home of Norway in such a way that the nation lifted the ban on professional boxing that had existed since 1981.

“Think about that; not just a fighter, but a female fighter had such an impact in a male-dominated field that you have to put that into the equation as well,” Gerbasi said. “Add her social impact to her three wins over the year, defending five world titles, and doing so against world-championship level competition, and there was little debate as to who was the winner.”

Christy Martin, who placed women’s boxing in the foreground in the 1990s, was greatly pleased that Braekhus is the first recipient of the award that bears her name.

“First, to have an award named after you is really flattering,” Martin said. “I felt I gave a lot to the sport, so I’m very grateful for this. I’m really happy that it’s Cecilia. This is someone who has put in a great body of work. She’s had great support behind her in her country, and she’s the perfect and logical choice.

“I’m honored Cecilia would ask for me to present her and meet her. She’s a great choice, she’s deserving and I’m happy it’s Cecilia—and she still has plenty of her career left.”

“I can’t wait to meet her,” Braekhus said. “My parents are very proud now, and I’m very fortunate to have a whole country behind me.”

Joseph Santoliquito is president of the BWAA