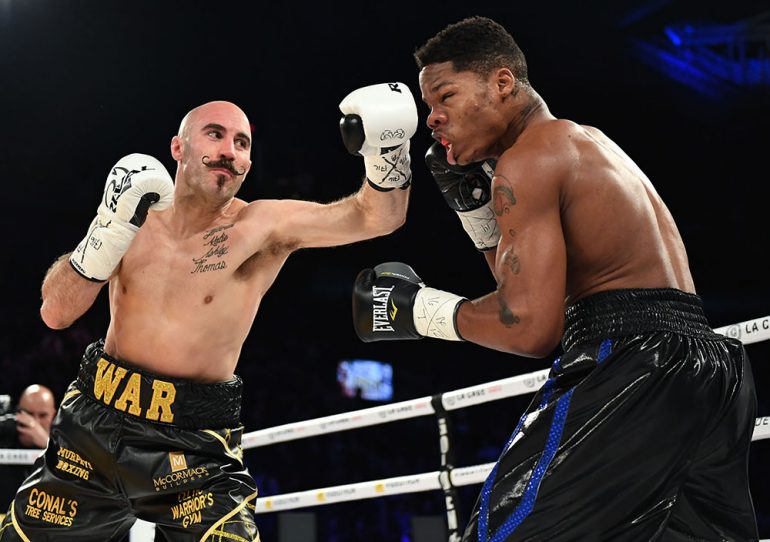 The former hot middleweight prospect was winning the early rounds against Gary “Spike” O’Sullivan, but slowly, the Irishman worked his way into the bout with looping power shots that continuously found their mark.

He rocked Douglas in Round 6 and then a massive left hook crushed Douglas the following round, with a follow-up barrage that put him on the canvas. Douglas wasn’t clear-eyed when he beat the count, and referee Steve St-Germain wisely stopped it at 1:07 of Round 7.

Spike O’Sullivan has losses to Chris Eubank Jr. and Billy Joe Saunders, but after the upset victory, he figures to be back on HBO soon.