Carlos Cuadras-McWilliams Arroyo to open up Superfly 2 tripleheader on Feb. 24 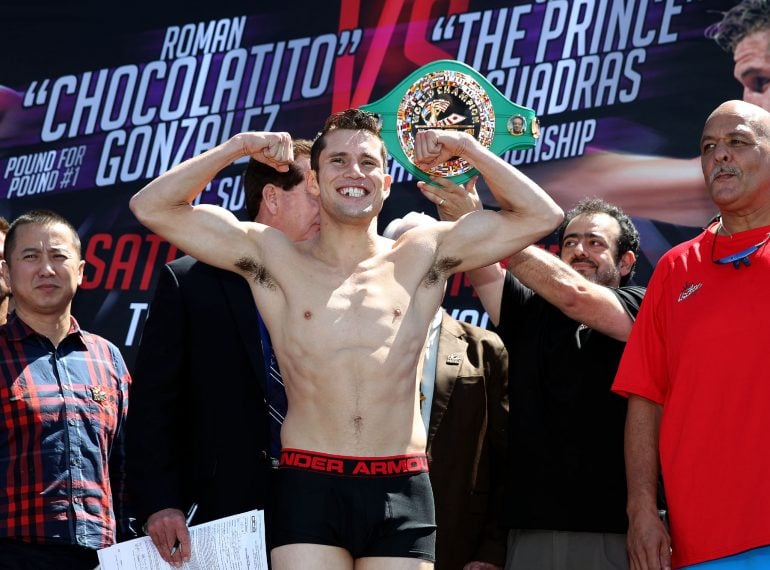 A pair of former Roman Gonzalez opponents are set to square off in a must-win bout for each fighter.

Carlos Cuadras, who pushed Chocolatito to the limit in September 2016, takes on McWilliams Arroyo in the HBO-televised opener to the second edition of Superfly, set for February 24 in Inglewood, California.

“With previous fights against “Chocolatito,” Cuadras and McWilliams both know what it takes to face the best in the world,” promoter Tom Loeffler said, “and will be very highly motivated for victory on February 24.”

Cuadras also fought in the opener of the first 115-pound tripleheader in a thrilling defeat to Juan Francisco Estrada in September. Now, he has a chance to score a notable victory for the first time since his 2015 victory over Luis Concepcion.

The 29-year-old Mexican already owns a victory over Srisaket Sor Rungvisai, who will defend his title against Estrada in the main event, and a win over Arroyo could catapult him into a rematch with the winner.

“This is exactly what I want, to fight the best fighters in the division on the biggest stages,” said Cuadras (36-2-1, 27 knockouts). “I love fighting in Los Angeles and for this fight I’ll be training in Big Bear Lake, California, with my new trainer Abel Sanchez. I can’t be stopped in 2018 and will be a world champion once again.”

Cuadras made seven defenses of the title he won against Rungvisai in 2014, but Arroyo has never had a belt around his waist.

The 31-year-old Puerto Rican has twice challenge for a world title, but was outpointed by Amnat Ruenroeng in 2014 and then again by Gonzalez two years later.

He’ll move up from 112 pounds for the opportunity to fight on HBO for the second time.

“My fight with “Chocolatito” was a great experience,” said Arroyo (16-3, 14 KOs). “I loved fighting at the Forum with its loud and passionate fans and history of great fights particularly in the lower weight classes. I can’t wait to get to Los Angeles to face Cuadras.”

There’s still one more fight to be announced, and that’s the Superfly 2 co-feature. Loeffler mentioned titleholder Khalid Yafai, Naoya Inoue (who competed in the first Superfly co-feature, and Johnriel Casimero as possibilities to round out the card.