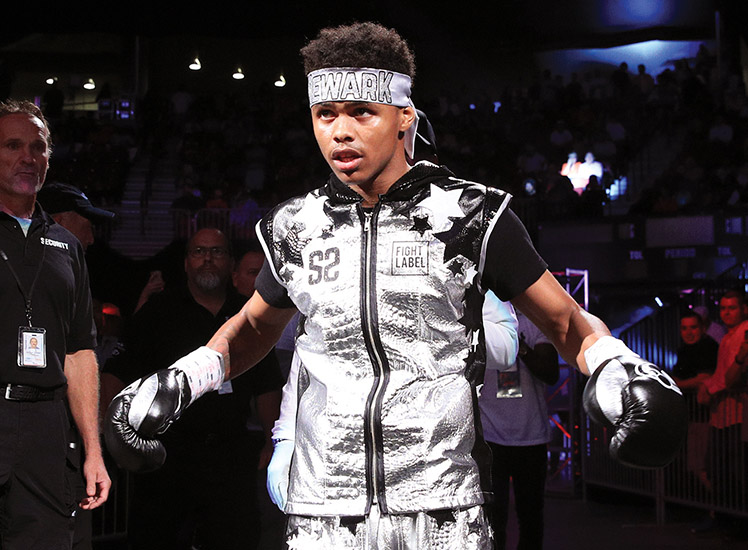 For a prospect, there is nothing like sparring against a contender or a world champion.

Then there is sparring Vasyl Lomachenko.

The amount of sparring Shakur Stevenson completed with the two-time Olympic gold medalist and two-weight world titleholder will only benefit him in the long run. It even made Stevenson reassess himself on a personal level.

Stevenson squares off against Oscar Mendoza Saturday night inside The Theatre at Madison Square Garden in New York City. The six-round bout will be broadcast live on ESPN (9 p.m. ET/ 6 p.m. PT) and will precede the junior lightweight showdown between Lomachenko and Guillermo Rigondeaux.

The 20-year-old Stevenson, who claimed Olympic silver at Rio 2016, gets quality sparring in and around his hometown of Newark, New Jersey. However, he was desperate to punch swap against the fighter many consider to be the best in the world today.

“Honestly, I begged to come spar with (Lomachenko),” Stevenson told RingTV prior to a workout in Oxnard, California, where Lomachenko was training. “I asked a lot of Top Rank people if I could come (to Oxnard) and spar with him.

“As soon as he got the Rigondeaux fight, it was the perfect time. Rigondeaux is a southpaw. I’m a great boxer with defensive skills and it just made sense.”

Stevenson, who is co-managed by James Prince and former two-weight world champion Andre Ward, believes the sparring has given him invaluable experience.

“I’m going to leave camp a new man,” said Stevenson. “I felt like I learned a lot this camp. I learned a lot of inside work with (Lomachenko). It’s amazing being in the ring with someone as great as him. I held my own and I’m glad I came.”

Saturday night will mark the second time Stevenson has fought at Madison Square Garden, which is located across the Hudson River from Newark. He is very eager to put on a great performance for his hometown fans.

“I wish the fight was in the arena (upstairs from The Theatre inside Madison Square Garden),” said the former amateur star. “It’s an amazing environment. I’m going to put on a show and I’m glad I am fighting on ESPN.”