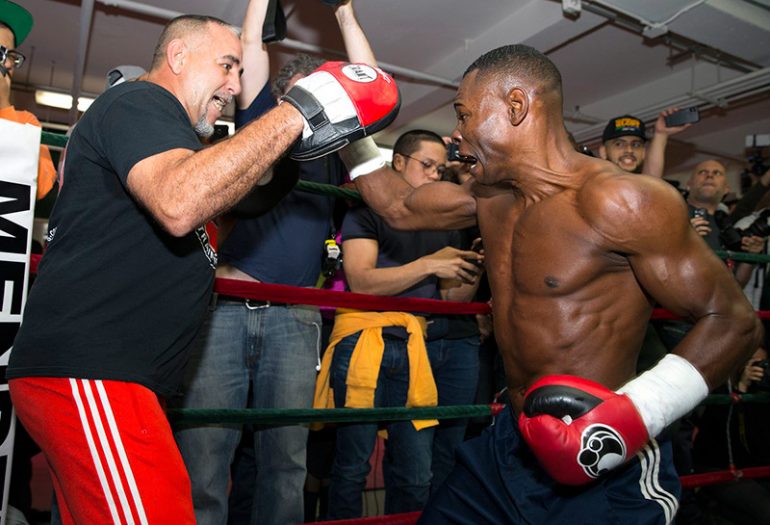 NEW YORK — Guillermo Rigondeaux, for quite some time, has undoubtedly been of the five best fighters in the world.

It’s evident in the way he effortlessly glides around the ring, evading punches here and delivering his own punches there. It’s clear when he shatters bones with his thunderous left hand the way he did against James Dickens in England.

And it was never more apparent how great Rigo is than when he completely clowned Nonito Donaire in 2013. The Filipino Flash was the reigning fighter of the year, a bona fide top-3 pound-for-pound entrant, and a heavy favorite heading into their junior featherweight title bout.

That didn’t matter, as Rigondeaux dissected Donaire, closed his right eye and piled up points en route to a decision.

Then something strange happened. Bob Arum, Rigondeaux’s promoter at the time, lambasted the Cuban for his cautious style, rather than celebrate the tremendous victory. Many writers took the hall of famer’s lead, focusing on the entertainment value of the bout, rather than the fistic brilliance displayed inside the ring. Never mind that Donaire also was shy to open up after tasting Rigo’s power early in the bout.

Respect eluded Rigondeaux (17-0, 11 knockouts) even in the wake of his greatest professional triumph. After a dreary title defense against Joseph Agbeko in his next outing, the two-time Olympic gold medalist was blacklisted from HBO, an artist at the height of his powers blacklisted, much like Orson Welles was from Hollywood during the 40s.

Only this wasn’t The Red Scare. This was a boxing great thrown to the sideline, robbed of what he does best.

He was ducked by Leo Santa Cruz. Avoided by Carl Frampton. They both gave the same, tired reason: there’s no money in the fight. In truth, Rigondeaux offered immense risk.

Since then, he hasn’t appeared on HBO, instead relegated to fighting on pay-per-view undercards or overseas. His inactivity level has dropped, with just four fights over the past three years.

His incredible ability hasn’t waned, though, even at age 37.

He climbs into the ring — and up two weight classes — for a Saturday summit meeting with Vasyl Lomachenko, and with a victory this time, respect won’t be able to elude Rigondeaux’s tiny grasp any longer.

It will rightfully be his, critics be damned.

How could they deny him after that?

Lomachenko, like Donaire, is a major favorite. He’s bigger than Rigondeaux, and he’s even better than Donaire.

Much the same way Rigo marvels with his footwork and tricks of the track, Lomachenko shines in each outing.

His accomplishments have reached folklore status, with Arum bestowing all-time status upon him. The 86-year-old calls Lomachenko the greatest fighter since Muhammad Ali.

And Lomachenko has certainly looked the part thus far, blasting his way to titles in two weight classes. His advanced skills are incendiary; the light punching to open up the guard; the way he slides around opponents; the ease with which each maneuver seems to be delivered.

Many consider Lomachenko to be the best talent in boxing, someone whose place in Canastota is already secure.

So if Rigondeaux can diffuse the Ukrainians weapons and prevail, will he finally gain the respect he truly deserves?

Will his largest detractors offer a mea culpa? Or will they say Rigondeaux was boring yet again?

“If Lomachenko was reborn ten times,” he said. “There wouldn’t be a version of him that could beat me.”

Rigondeaux might have to do more than just win — he might have no choice but to knock Lomachenko out.

But it shouldn’t come to that. If he can solve the Lomachenko puzzle, respect will rightfully finally be his.