Ahmed Elbiali fights Jean Pascal for dreamers like himself in the U.S. through DACA 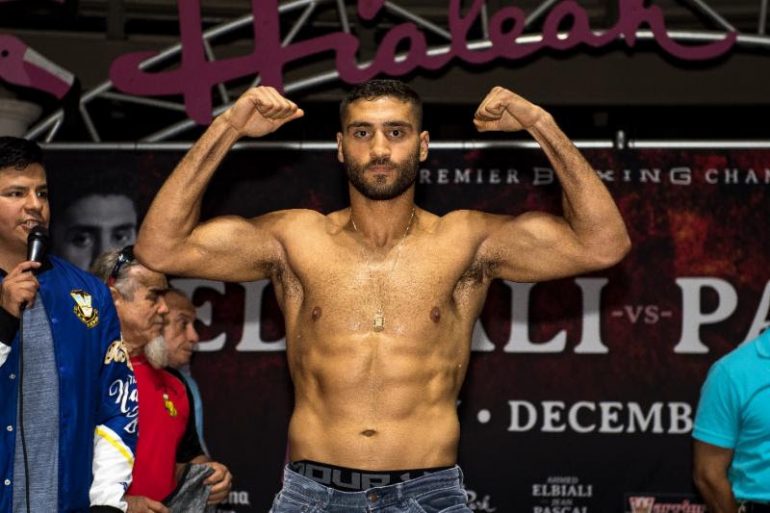 Ahmed Elbiali arrived in New York with his mother and brother when he was just four years old.

Soon, his father began working in Miami, and the family joined him there, where they settled, raising a family just like any other American couple.

Elbiali would travel back to Egypt, his native land, every year since age 11 to see relatives, but that soon became impossible.

You see, he’s a DACA (Deferred Action for Childhood Action) recipient, and the Trump Administration is seeking to end the program. Elbiali is one of the 800,000 or so Americans protected by DACA, children who arrived in the United States as illegal immigrants.

With DACA in limbo, Elbiali says he can’t even leave the country.

“I’m living on the edge right now, but I just renewed (my DACA request) in November, I have two years,” Elbiali said during a phone interview with RingTV.com. “I’m Gucci for two years. I’m checking my iPhone every day (for DACA news).

” … It’s only going to last so long. I can maybe have a positive influence on other kids like me. There’s so many better kids than me. Tennis (players) and physicists and doctors. They’re doing good things and they’re DACA, too.

Elbiali (16-0, 13 knockouts) tried out for Egypt’s national team, but after that, the Arab Spring crisis occurred, a series of violent and non-violent demonstrations that broke out in North Africa and the Middle East on December 17, 2010.

The revolutionary wave of protests, riots, coups and civil wars stopped Elbiali from visiting home since 2011. The uprising ended in 2012, but now he can’t go back at all.

Through boxing, he may soon be able to return. But to do, he must keep winning, beginning with his toughest test yet. Pascal is well past his best days, with just two wins in his last five fights. But the Canadian is still a savvy vet levels beyond anyone Elbiali’s faced.

If Elbiali, 27, can rise through the ranks of one of boxing’s most loaded divisions, he can apply for citizenship. To obtain an EB-1 green card, you must show proof of “exceptional ability” in a field, like sports or music.

Winning a title at 175 pounds would certainly prove that, but it’s no easy task. The titleholders right now include Sergey Kovalev, Dmitry Bivol, Artur Beterbiev and Adonis Stevenson.

An impressive victory over Pascal will bring Elbiali one step closer to his dual dream of becoming a citizen and a champion, too.

“I just have to keep winning and my time will come, it’s inevitable,” said Elbiali, who holds a Bachelor’s degree in kinesiology FIU, with a Master’s in international business from Nova Southeastern on hold while he focuses on boxing. “My weight class has the best fighters in it, and it’s a weight class that’s going to be remembered forever. God willing, I’m a part of it, so it’s exciting.”

Elbiali realizes Pascal, 35, is calling this his last fight, but he doesn’t care. He needs to win. Not just to advance his career from prospect to contender, but to bring himself one step closer to staying in the country he loves.

He also knows that if he continues to rise through the sport, he could become the first ever champion from not just Egypt, but the Middle East. Amir Khan and Prince Naseem Hamed are of Middle Eastern descent, but Khan wasn’t born in Pakistan and Hamed wasn’t born in Yemen. They both are natives of England.

“I can help them break through,” Elbiali said. “There’s a ton of good champions from Egypt. … I’m in to win it. I’m here to throw big punches.”

A punch that could secure his ticket back to Egypt, and in the United States for good.