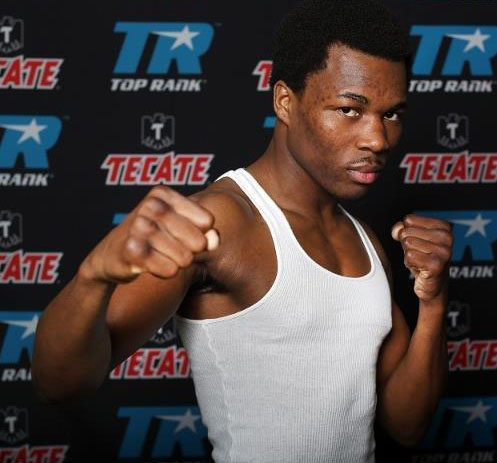 After losing his own “O,” Toka Kahn Clary has now claimed the undefeated records of two fighters in the past two months.

Clary battered Filipino fighter John Vincent Moralde around the ring until Moralde’s corner stopped the fight following the seventh round of a scheduled 10-rounder on Friday at the Strand Ballroom and Theater in Providence, Rhode Island.

The Liberia-born, Providence-raised southpaw took control in the third following a confident start from his opponent, cutting Moralde down to the body and leaving him with little more than pitty-pat for offense. Moralde’s habits of leaning in and standing straight up when in close made him an easy target for Clary’s shorter punches.

“I watched a lot of his fights on YouTube [so] I knew he was a tough kid, I just had to find what was working for me,” said Clary (24-1, 17 knockouts), who has now won five straight following his only defeat, a first-round knockout to Filipino Jhon Gemino in September 2016.

“No undefeated fighter wants to lose their ‘0’ so I knew I had to work.”

Moralde (19-1, 10 KOs) had been in Miami since July with Osmiri “Moro” Fernandez, a notable trainer from Cuba, in an attempt to take his career to the next level. But he says he only began training a month before the fight, and had been working as a crewman on a private boat to make extra cash.

“It’s all my fault,” said Moralde.

“He was doing good in the early rounds but he gassed out,” said Moralde’s promoter, Jim Claude Manangquil of Sanman Promotions. Manangquil says Moralde was weakened by dropping from 147 pounds to 125 pounds over four weeks to make weight for this fight.

Other fighters had more success in their first appearance in an American ring.

Italian cruiserweight Fabio Turchi moved to 13-0 with 10 knockouts after Demetrius Banks (9-4, 4 KOs) informed the referee that he’d had enough after four rounds of their eight-round fight. Turchi, 24, applied steady pressure on Banks from the opening bell, using his southpaw combinations to beat Banks along the ropes as the American’s stamina faded.

Turchi is now promoted by Evander Holyfield, generally considered the greatest fighter to ever compete in the cruiserweight division.

The loss is Banks’ fourth in a row.