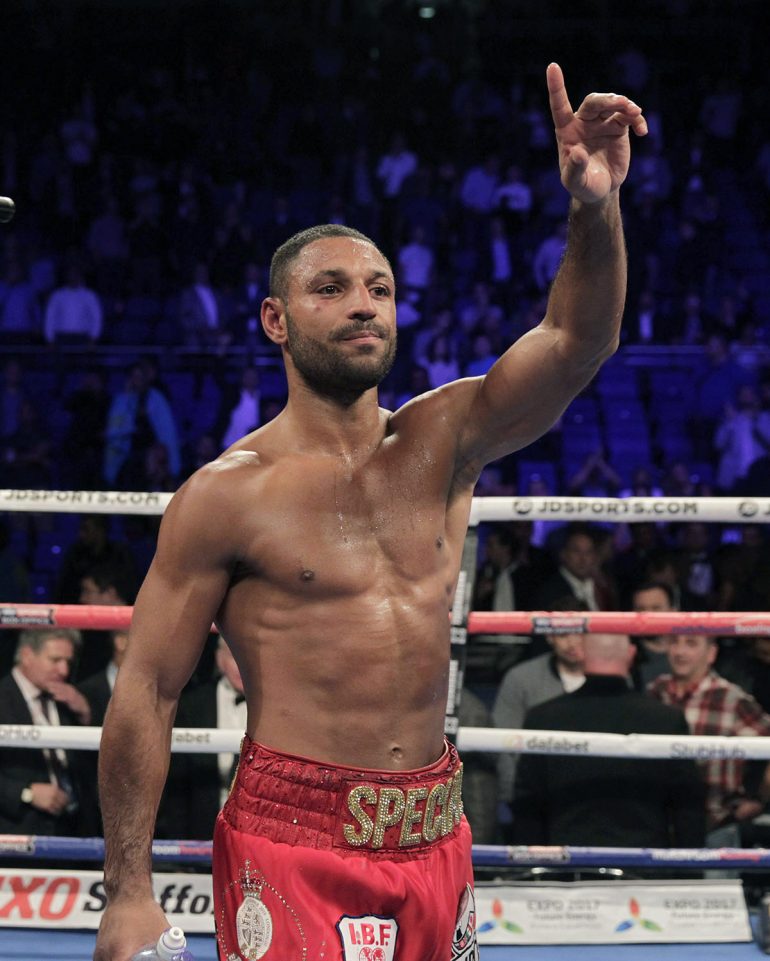 Kell Brook’s last two fights have been brutal, both in the ring and afterward.

The Special One had his right orbital bone broken when he jumped up two weight classes to challenge Gennady Golovkin for his middleweight titles.

One fight later, it was the left orbital bone that was fractured, this time in a welterweight title defense against Errol Spence Jr.

There’s certainly no shame in losing to talents like GGG and Spence, two of the sport’s elite fighters. Now, Brook is ready to return, and this time, he’s going to campaign at 154 pounds.

He has his sights set on a title fight with Erislandy Lara, Jermell Charlo or Jarrett Hurd, but first, he’ll shake the rust off with a ring return in early March in his native Sheffield, England.

“I think I’ll have a meaningful fight, a comeback fight, a warm-up fight, and then we’ll be looking at jumping back on the high horse for a world title,” Brook (36-2, 25 knockouts) told Sky Sports.

“They are all very good fighters, they’re all world champions, they’re all talented fighters. Once I come back with a win, and my confidence is up there again, I’ll be looking at those names.”

Brook hasn’t competed since the defeat to Spence in May, but the 31-year-old said he was strongly in the running to face Miguel Cotto in the Puerto Rican’s farewell fight Saturday.

Cotto holds the other 154-pound title, but soon, he’ll be retired, and with it, any opportunity for Brook and the future hall of famer to meet in the ring.

Instead, Cotto will face Sadam Ali. But Brook is gearing up for a return after yet another surgery, and this time, the weight might be right.