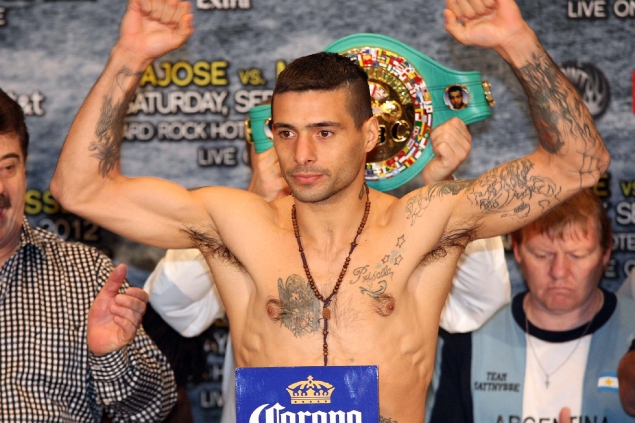 The first HBO card of the new year is set.

Lucas Matthysse will fight in the main event on January 27 against Tewa Kiram at The Forum in Inglewood, California. Jorge Linares will defend his RING lightweight championship against Mercito Gesta in the co-feature.

“I am honored to be able to fight for a world championship in just my second fight at welterweight,” said Matthysse, who will be fighting for the vacant WBA “regular” title which THE RING doesn’t recognize. Keith Thurman is the recognized WBA champ. “I understand I am facing a younger, undefeated opponent, but I am confident that ‘The Machine’ will emerge victorious.”

Matthysse debuted at 147 pounds with a fifth-round stoppage of Emmanuel Taylor in May, the Argentine’s first bout since he was knocked out by Viktor Postol in October 2015.

Now 35, Matthysse (38-4, 35 knockouts) is trying to make a mark in a new weight class after an impressive run at 140 pounds. There, he scored victories over Lamont Peterson and Ruslan Provodnikov, but was defeated by Danny Garcia in his biggest fight.

“I understand not many people know me in the U.S., but they are in for a big surprise on Jan. 27,” Kiram said. “I have never been defeated, and I am fully confident that I will return to Thailand with the WBA (title) around my waist.”

Matthysse is one of the most fearsome punchers in the sport. Kiram shouldn’t be able to stand up to it, and hopefully after that, Matthysse will be ready to test him against the elite of another division.