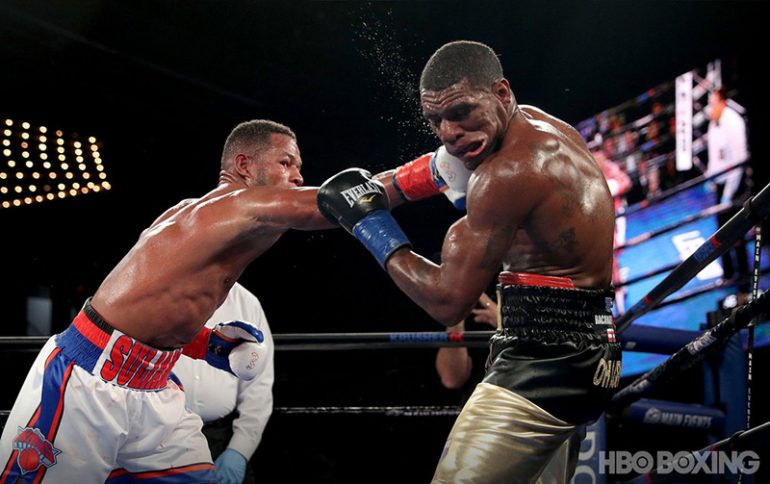 NEW YORK — Not too bad for a fight that peaked in the first 180 seconds.

Both Sullivan Barrera and Felix Valera were on the canvas in the opening round of their 10-round bout Saturday at The Theater at Madison Square Garden. Valera showed he hadn’t come all the way from the Dominican Republic to lay down on HBO, while Barrera showed he is still a player in the post-Andre Ward light heavyweight division.

“It was a tough, awkward fight,” Barrera said. “I have beaten two of the three light heavyweights shown on HBO. I’m just waiting to finally get the opportunity I deserve.”

The fight wasn’t without its ugliness, as an accidental clash of heads opened a cut on the corner of Barrera’s eye in the second. Valera (15-2, 13 KOs) lost points in the third, sixth and eighth rounds for low blows while Barrera was deducted a gimme point by referee Mike Ortega in the ninth for a borderline shot.

Barrera, who has now won four straight since his lone defeat to Ward (including a decision over Joe Smith this summer), may be positioning himself for a shot at either Sergey Kovalev or Dmitry Bivol.

Valera showed he had a few tricks up his sleeve when he needs to survive, and benefits from the granite chin he used in becoming the first to take Bivol the distance last year.

Valera could be back, too, but it’s Barrera who is moving on.