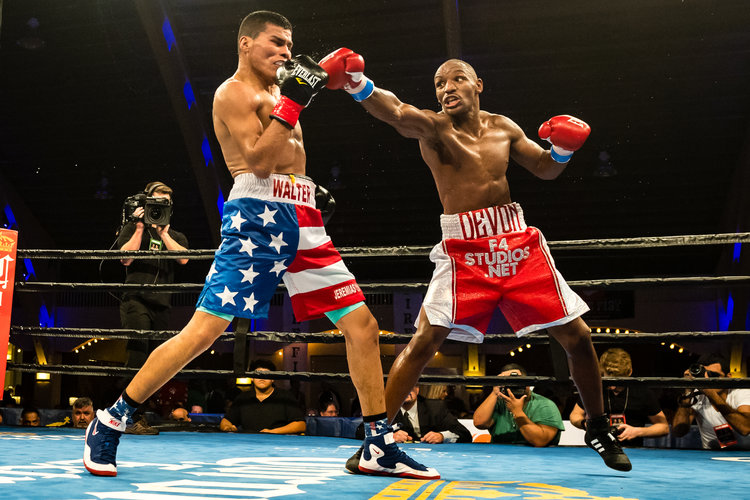 A familiar name is back: Devon Alexander.

The former two-division titleholder returned after a two-year layoff Tuesday in St. Petersburg, Florida, with a 10-round decision victory over Walter Castillo in the main event of PBC on FS1.

For Alexander, it was more than just his second victory in five fights. It was the start of a path back to title contention after a lengthy battle with opioid addiction.

“(God) sent me through a journey that I didn’t expect to go to and I’m thankful I got my career back,” said Alexander, who became hooked on painkillers after his career-best victory over Marcos Maidana in 2012. “The rust kind of got me a little bit, and in the eighth I was warming up. I got that feeling back.”

At his peak, Alexander (27-4, 14 knockouts) was one of the fastest fighters in the sport, a dynamic athlete who could make defenders miss and then make them pay.

The St. Louis native showed glimpses of his former self, albeit against a journeyman in Castillo (26-5-1, 19 KOs), but Alexander’s timing was there. He was generally sharp.

The southpaw dropped Castillo in Round 2 with a lightning-quick four-punch combination punctuated by a right uppercut and a straight left. The kind of combination that makes you think, yeah, maybe Alexander’s defeat to a guy like Arron Martinez was due in large part to an addiction he kept hidden until recently.

At the very least, Alexander is bound to receive a notable opportunity at some point next year.

He’s still just 30 years old and Alexander is advised by Al Haymon, who controls the keys to the welterweight division.

“I can do way better. I’ll fight anybody,” said Alexander. “I got power, as you can see. I have ring savvy. Keith Thurman, Errol Spence, I don’t care who I fight.”

Surely, after all he’s been though, Alexander is glad to be fighting at all.

And sooner than later, he could be back in the think of boxing’s best weight class, too.