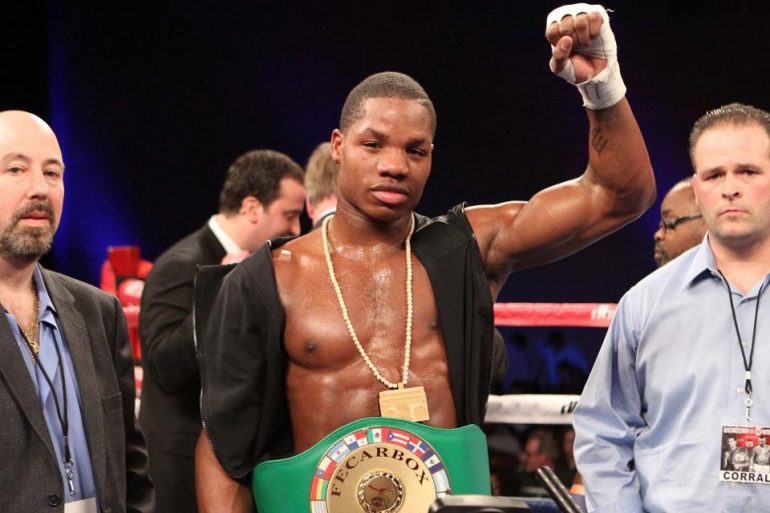 Antoine Douglas, once an intriguing middleweight prospect, has another chance to prove his worth.

The 25-year-old will make his HBO debut on December 16 in Montreal against Gary “Spike” O’Sullivan in the HBO co-feature to the 160-pound title fight between Billy Joe Saunders and David Lemieux.

“Fighting on such a great middleweight card on HBO will be a great opportunity,” said Douglas (22-1, 16 knockouts). “I’ve seen some fights of Gary’s, and I never underestimate my opponent. I know he’s got a good record and that he always comes to fight. I’ve never been to Canada, so I look forward to expanding my fan base there.”

Douglas, with his tremendous athleticism and punching power, was quickly rising up the middleweight ranks with a string of impressive performances on ShoBox when he ran into Avtandil Khurtsidze. Douglas, who lives in Northern Virginia, was stopped in the 10th and final round of a brutal fight.

Now he’ll fight a much easier foe in O’Sullivan as he seeks to score a fourth-consecutive stoppage since his lone pro defeat. And a statement here on HBO could propel him to much more meaningful assignments. Of course, O’Sullivan, 33, has different ideas.

“I’m coming off a tremendous knockout win, and that high has carried into my training for this huge co-main event opportunity,” said O’Sullivan (26-2, 18 KOs). “I’m excited to be making my HBO debut on such a tremendous card, and will not disappoint in giving everyone a show. Antoine Douglas should be prepared to face the very best version of myself in the ring.”