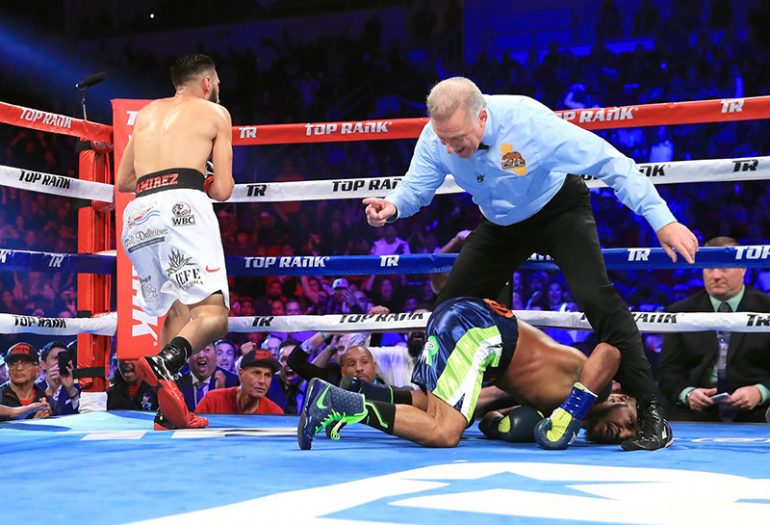 There is something about fighting before a partisan crowd that Jose Ramirez feeds off of. Whatever that may be, it was in full effect Saturday night.

In a clash of unbeaten junior welterweight contenders, Ramirez dropped and eventually stopped Mike Reed in the second round before a partisan and boisterous crowd of 13,838 at the Save Mart Center.

With the win, Ramirez guarantees himself a shot at a world title belt. Earlier on the Top Rank on ESPN card, mandatory WBC challenger Amir Imam (21-1, 18 KOs) stopped Johnny Garcia at the end of the fourth round.

Ramirez and Imam are likely to meet for the title vacated by Terence Crawford next year.

“This is a dream come true for a kid from Avenal,” said the 25-year-old Ramirez, who has spoken out in favor of farmworkers’ rights. His father still works in the agricultural fields around Avenal.

Ramirez resides in the nearby farming community of Avenal and is very popular in the San Joaquin Valley region of California.

From the opening bell, Ramirez (21-0, 16 knockouts) was on attack, walking the southpaw Reed down and scoring with left hooks to the body. 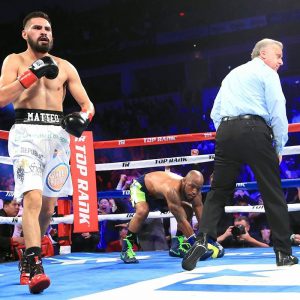 Ramirez did not let up in the second round. A left hook to the head stunned Reed, prompting Ramirez to follow up and land an abundance of punches that eventually dropped Reed face-first to the canvas.

Reed (23-1, 12 KOs) would beat the count, but took an enormous amount of punishment as he had his back against the ropes. Ramirez unleashed a barrage of punches, including left hooks to the body and overhand right hands to the head. After several seconds, referee Jack Reiss stepped in and stopped the bout at 1:43.

Ramirez trains in Hollywood, California, under the tutelage of renowned trainer Freddie Roach.

“Freddie told me to mix my combinations,” Ramirez said. “He kept telling me to initiate exchanges because I was faster than him.”

Reed, who also fights under the Top Rank banner, was disappointed with the outcome.

“I thought the stoppage was extremely early,” said Reed, who resides in Waldorf, Maryland.