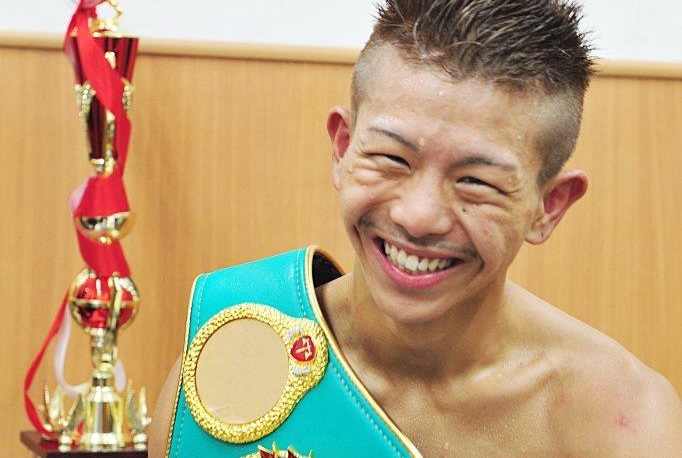 Best night of pro career and why: Koura is most pleased with his most recent performance, when he won the vacant OPBF championship last July.

“The bout with Jaysever Abcede,” Koura told RingTV.com through Tomoyuki Kataoka, “because I was able to win my first title and by KO.”

The more experienced Abcede entered with a record of (14-6, 10 KOs) and had only been stopped once previously. However, he was no match for Koura, who stopped him in four rounds. Interestingly last March, Abcede went the six-round distance with current WBC belholder Wanheng Menayothin (aka Chayaphon Moonsri), prior to the latter’s title win.

Worst night of pro career and why: In his fourth pro bout, he was taken to the distance for the first time. He is least happy with that performance.

“The semifinal bout of ‘2015 East Japan Rookie King’ with Yuto Takahashi,” he said. “Since I was not able to concentrate on the bout, the fight went to the scorecards and I won a decision on the judges’ scorecards.”

Next fight: Koura looks to make a first successful defense of his OPBF title when he meets Masataka Taniguchi on Saturday at the famed Korakuen Hall, Tokyo, where all of his bouts so far have taken place.

“He has clean style of boxing and he also has speed,” the Yokohama-born fighter said of his opponent. “I can hardly wait to fight with him. It should be a nail-biter.”

The fight appears nicely poised; both men are the same age and height. Taniguchi (8-1, 6 KOs) has only lost once, against unbeaten Reiya Konishi in a Japanese title fight, last April, dropping a razor-thin majority decision.

Why he’s a prospect: Koura wasn’t a prominent amateur, best illustrated by his 19-10 amateur record. However, he worked hard and his style appears better suited to the pros.

The flamboyant youngster feels his best attribute is that he loves the attention boxing gives him. Perhaps he can add some much needed color to boxing’s lightest weight class, as he continues to progress.

Koura is currently ranked by three of the four governing bodies, No. 11 by the WBC, No. 12 by the WBA and No. 13 by the IBF. If he can secure victory over Taniguchi, he may crack the Top 10.

Junichi Naito doubles up as his manager and promoter feels Koura’s tireless work ethic is his best attribute as a fighter.

“He loves to do his best for boxing,” said owner of the gym. “He’s a hard worker.”

Why he’s a suspect: Although he has progressed a long way, claiming the well-regarded OPBF belt, he’s still relatively inexperienced. The Taniguchi bout will tell us a lot about both men.

The heavy-handed boxer-puncher has never been past five rounds. Taniguchi figures to take him past that point in the fight. It will be interesting to see how he handles the stretch.

That isn’t lost on Koura, who says, “I need to improve my physical ability – including stamina – and mental ability to get a world title.”
His handler feels he needs to add to the 35 rounds of action he’s had since turning professional.

“I would like him to gain more experience as a pro boxer.” said Naito.

Naito isn’t sure how far his pupil could be from fighting for world titles and isn’t keen to target a time or champion.

“I do not know exactly of such timing,” he said. “It may be quicker but, in some time, it will be awhile. I cannot say anything on such targets.”

Storylines: Koura is the third born of four children; as a child, he was very active. He practiced Kyokushin-Karate at the age of six. At 16, he first took up boxing. His younger sister also boxes.

“(At) the end of the first grade, of the high school, I began boxing,” he said. “There was a boxing club; there I started boxing. I kept it up since I had too good a time doing boxing.”

Like many other Japanese fighters, Koura went to university. He went to Toyo University, the same as Ryota Murata, to study Economics but he quit at the end of his freshman year.

His boxing hero is the biggest name in his stable, Rikki Naito, a former Japanese junior lightweight titlist. Naito mentors him and Koura looks up to him as his big brother at the E&J Cassius Boxing Gym.

His goals in boxing as similar to most others.

“To become a world champion,” he stated, “and later to open and manage a boxing gym.”

He is very active and enjoys several hobbies, particularly singing karaoke and driving his car.

Questions and/or comments can be sent to Anson at e[email protected] and you can follow him on Twitter @AnsonWainwright.