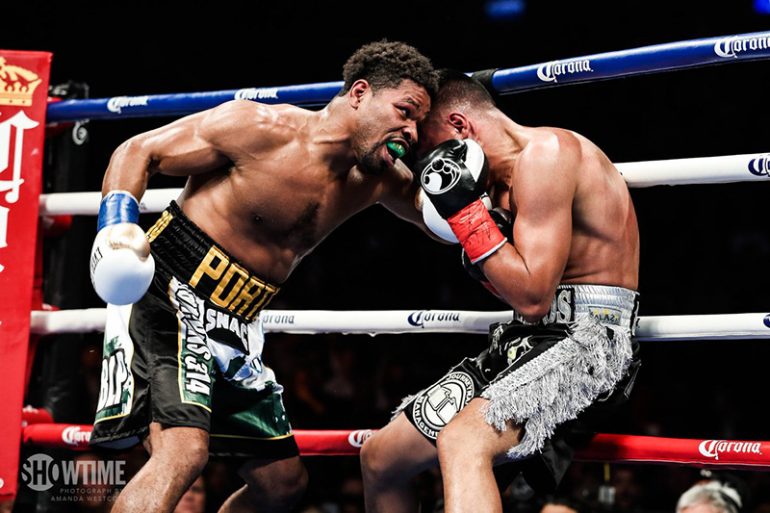 Shawn Porter relentless mauled Adrian Granados along the ropes on his way to a unanimous decision victory. Photo / @ShowtimeBoxing
04
Nov
by Ryan Songalia

NEW YORK – Shawn Porter punched his ticket to a deserved second crack at a welterweight title. 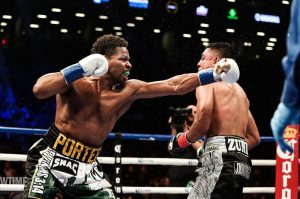 All three judges scored the WBC welterweight title eliminator 117-111 for Porter, who now is in line to face Keith Thurman in a rematch of their close 2016 battle.

It was target practice from the opening bell for Porter (28-2-1, 17 knockouts), a native of Akron, Ohio who wore #VegasStrong on his trunks in tribute to the victims of the mass shooting there last month. Porter used his shorter stature and center of gravity to back Granados (18-6-2, 12 KOs) into the ropes and pound away with uppercuts and hooks, while evading much of Granados’ own shots by getting low and moving his head.

Even as Porter controlled the fight with flush punches, Granados never lost his enthusiasm, throwing punches and stalking Porter around the ring in the twelfth round, preserving his streak of having never been stopped in his nine-year career. Otherwise, the fight was all Porter’s way as he took advantage of Granados’ lack of a solid jab and tendency to walk forward with his chin in the air. 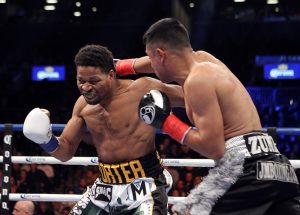 “He gave me a little trouble here and there,” said the 30-year-old Porter, who has now won two straight in 2017, following up on his ninth-round stoppage of Andre Berto in April. “I hurt my left hand in the sixth round, but I kept using it. I had to use my jab. It took a toll on me and by the 10th round I just couldn’t throw it anymore.”

Granados, 28, was just as resilient in his post-fight interview, and drew boos as he asserted that the scorecards should have been closer.

“I thought that I was controlling the fight and keeping up with him the whole time,” said Granados, who loses for the second straight time after a disputed split decision defeat to Adrien Broner in February.

“He was just trying to use his normal tricks. I rocked him multiple times and he never had me in any trouble.”

Porter now hopes to get a rematch with Thurman, the WBA/WBC welterweight titleholder who defeated Porter in a close, competitive decision in June 2016.

“We’re gonna rest for about a week and then get back to work,” said Porter. “We want Keith Thurman as soon as possible.”