Even as a part-timer, Don King is still in the game 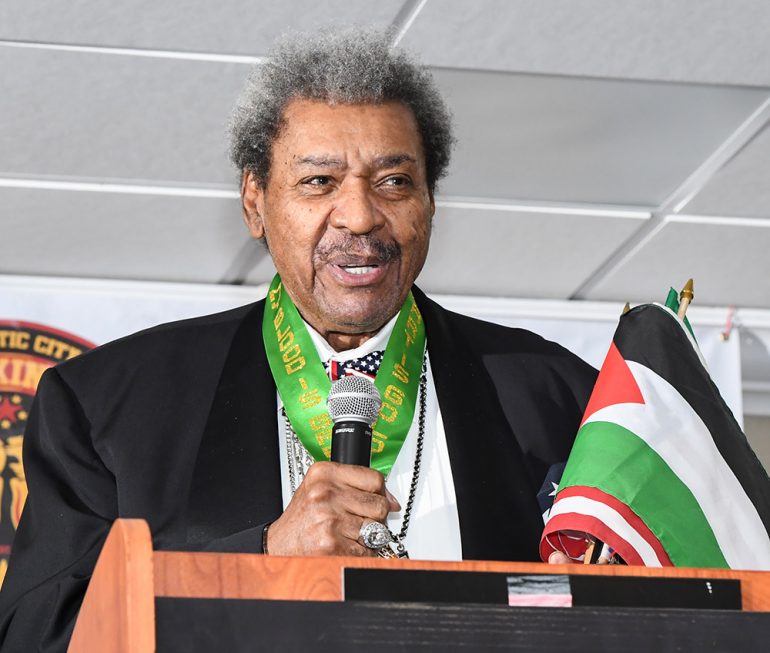 He sat in a hotel ballroom, silent. There is an entourage of healthy size, still, but he is 86. He does this part-time and many from the platoon, his contemporaries and some from the junior league, have moved on, to other vocations or from this plane.

However, Don King, for a part-timer, delivers superb return on equity. Just because many of those tasked with covering the sport weren’t present for even his later heyday, and he wasn’t surrounded by a cluster of admittedly awestruck (even in the mildest sense) journos, you shouldn’t think that King didn’t elevate a potentially pedestrian press conference at the Edison in Times Square to a higher realm, imbue the proceedings with sass, levity, gravity and character on Thursday afternoon.

Of course, this is boxing, still the Red Light District of sports, maybe even more so in the CTE age, so that character is of a certain variety. When King, at the mic, hyping Saturday’s Barclays Center card, portions of which will run on Showtime, told the assembled what he thought would happen in the main event clash, he was also acting in a slightly self-serving manner.

He predicted his guy, Bermane Stiverne, who turned 39 on Wednesday, would shock and amaze fight fans, in a similar fashion, as President Donald Trump did last November, and beat WBC heavyweight titlist Deontay Wilder. Then, boxing’s PT Barnum stated, Wilder could retire, as promised if he lost Saturday. Then, he could unretire, come over to the King tent, and be “like (Muhammad) Ali.”

Somewhat unseemly, being Wilder’s current promoter, on a fight-by-fight basis, Lou DiBella, was presiding as emcee over this press event and handed King the mic. But even DiBella had to smile, had to marvel, had to acknowledge that a legit icon was in our presence.

Really, truly, only in America – in a good way.

Stiverne did his part, injecting a laconic but spooky air of malevolence into the fete. He addressed Wilder and asked him if he did indeed say he was fearful for Stiverne’s life. Yes indeed, Wilder answered. I’m not afraid for yours, Stiverne answered. I will drop and stop you without a second thought for your well-being, he said, pupils formed into daggers.

If promises were points, Stiverne would come in up a point or two on the cards.

The following is a video featuring former IBF welterweight titlist Shawn Porter, who will face Adrian Granados, in the evening’s chief support bout.