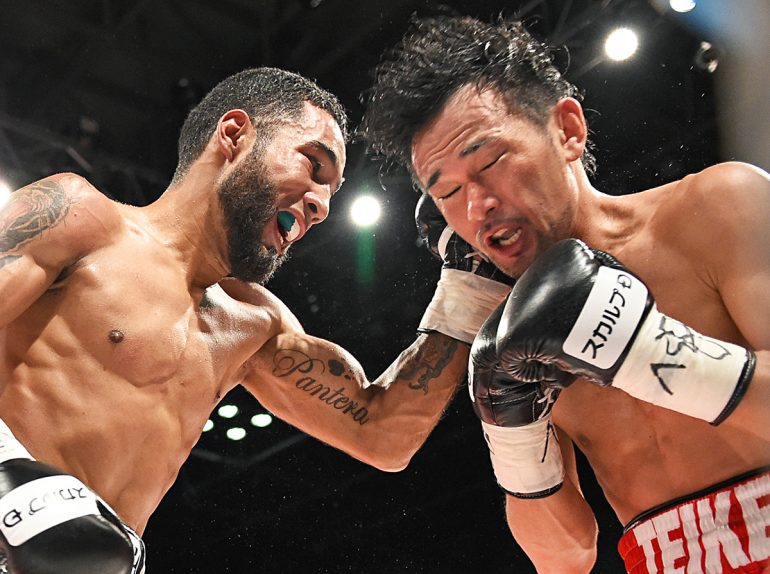 The Mexican knocked out longtime bantamweight champion Shinsuke Yamanaka on August 15 in Japan, but Nery subsequently tested positive for the banned substance zilpaterol. The 22-year-old attributed the adverse finding to contaminated meat in Mexico, and following a lengthy investigation, the WBC announced Tuesday that he will remain their titleholder at 118 pounds.

However, the WBC also ordered an immediate rematch between Nery and Yamanaka. Yamanaka (27-1-2, 19 knockouts) was reinstated as THE RING’s champion at 118 pounds and Nery was removed from the ratings pursuant to the performance-enhancing drugs protocol.

Nery (24-0, 18 KOs) was tested three times in Japan following the failed test on July 27, and all three findings were clean.

The WBC also took into account that Nery never had tested positive for a banned substance before, and ruled that his failed drug test constituted extenuating circumstances. His promoter, Mexican-based Zanfer Promotions, claimed that Nery ingested substantial amounts of beef and beef consommé daily as part of his dietary regime.

Zilpaterol and clenbuterol are commonly found in meat in Mexico, according to the country’s National Sports Ministry, and there is precedent here. Francisco Vargas was allowed to defend his WBC title in January after clenbuterol was found in his system, though the Voluntary Anti-Doping Association (VADA), which conducts tests under the WBC’s Clean Boxing Program, reported that finding prior to the bout.

Meat contamination, or at least the claim of such an occurrence, has become an issue in boxing. It’s impossible to prove, and several fighters, including Erik Morales and Lucas Browne, have made the claim in recent years.

“The WBC will make a formal request to the World Anti-Doping Agency (WADA) and VADA to establish specific measures to address clenbuterol and zilpaterol,” the organization said in the ruling.

In the meantime, Nery will be subjected to a strict dietary regime supervised by WBC Nutrition Committee Chairman Dr. Philip Goglia. Nery also will have a specific random testing protocol designed by VADA as he trains for the rematch.

Did Nery cheat? Or was it simply an accident? That much remains unclear, but Yamanaka will have an opportunity to win his other title back.