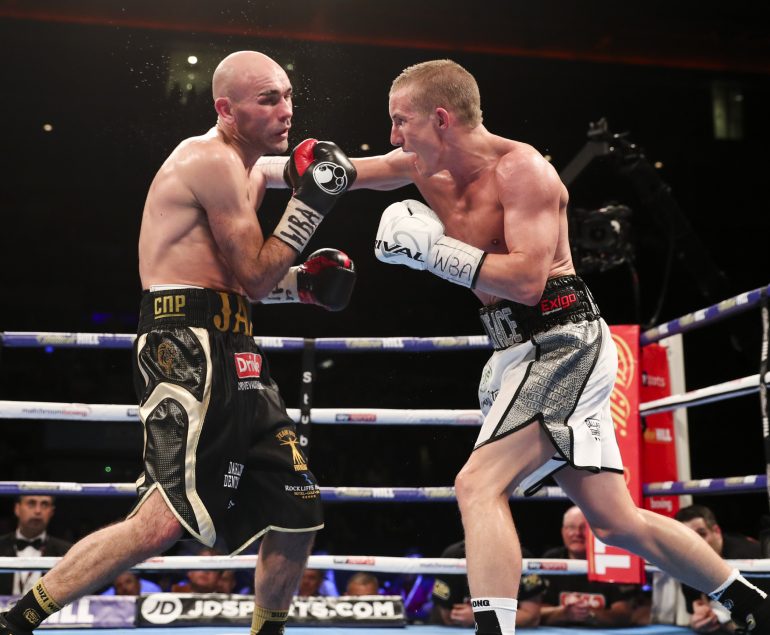 The sequel was pretty much a carbon copy of the original.

In an all-British bantamweight rematch, highly-capable boxer-puncher Paul Butler scored a 12-round unanimous decision over veteran warrior Stuart Hall at the Echo Arena in Liverpool, England, on Saturday. Official scores were 117-111 and 118-110 twice.

Butler, who hails from Ellesmere Port, England, repeats his June 2014 points victory over Hall, a fight which seen him relieve his friendly rival of the IBF bantamweight title. There was no belt at stake this time but the bout was sanctioned as a WBA eliminator at 118 pounds.

“We knew how tough Stuey was,” said Butler during his post-fight interview with Sky Sports in the U.K. “I knew I had to box smart. I was composed in there and dealt with everything Stuey tried.”

From the start, the smaller Butler traversed the perimeter of the ring and landed the more eye-catching shots from the outside. He also picked select moments to spray the target with sharp combinations before jabbing off Hall and resetting his offense.

Hall did his best to cut off the ring. The former titleholder did have his moments but they were sporadic, whereas his opponent was banking rounds with class and consistency. Slick counterpunching and adept lateral movement were hallmarks of Butler’s performance.

Butler (25-1, 13 knockouts) has now won eight straight contests, six inside the distance, since being sensationally knocked out by super-skilled southpaw Zolani Tete in March 2015.

The talented Englishman has been working with THE RING Trainer of the Year for 2015, Joe Gallagher, for his past four fights and is now looking to up the ante.

“We want (Jamie) McDonnell next,” Butler said. “I wish him luck against Liborio Solis (set for November 4 in Monaco).”

Hall (21-6-2, 7 KOs) could be a labelled an overachiever, but he has worked hard for everything that he’s accomplished. The 37-year-old pressure-fighter has claimed British, Commonwealth and world titles and never backed down from a challenge.

If this was the last time we see him, Hall’s career is one to be celebrated. 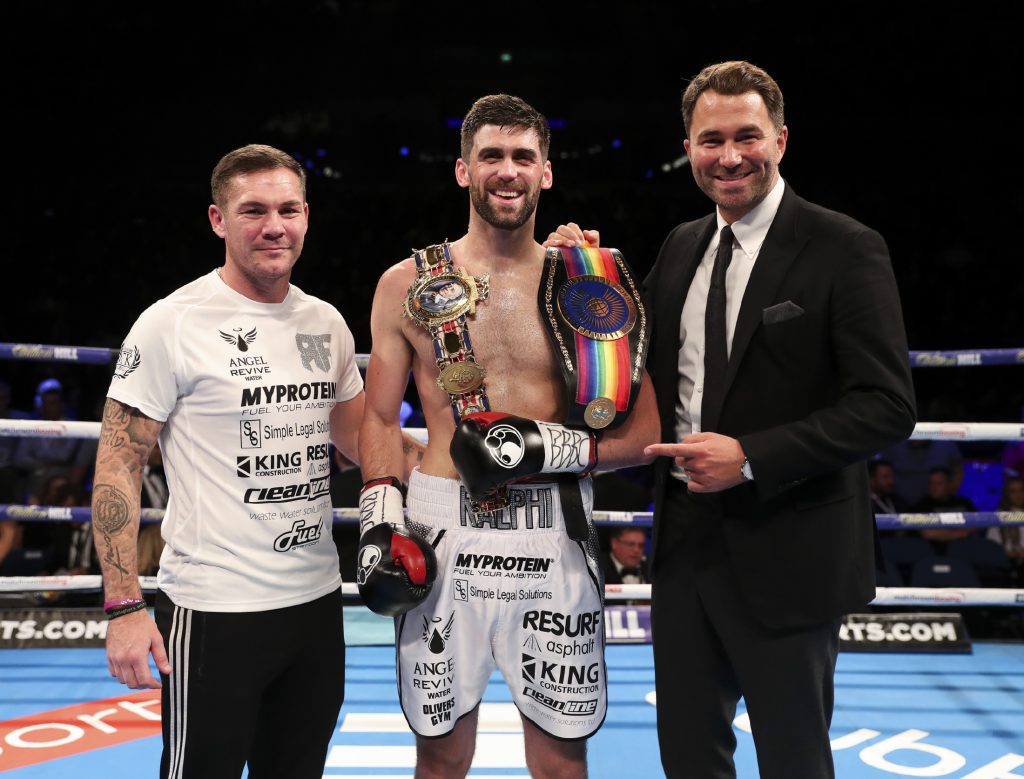 Rocky Fielding added the Commonwealth super middleweight title to his British (Lonsdale) belt by scoring an impressive first-round stoppage of David Brophy. The official time was 2:18.

There was a long time left in the round and Fielding, a noted puncher, went for broke. That decision paid off and referee Steve Gray stopped the bout with Brophy absorbing punishment against the ropes.