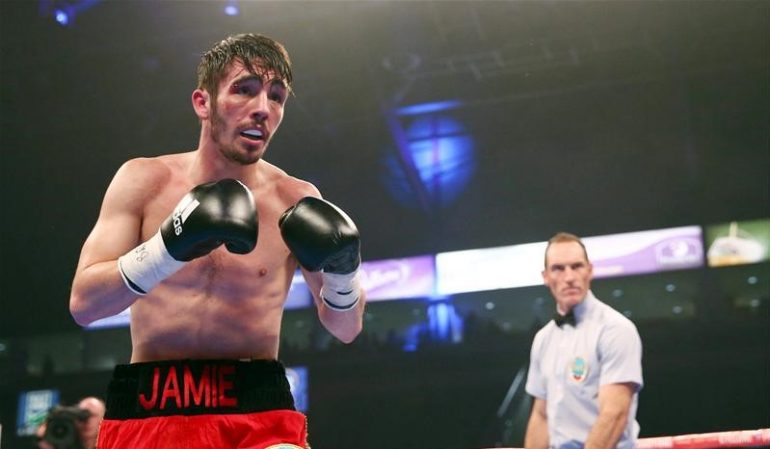 Ancajas, who is rated No. 6 by THE RING at 115 pounds, punished Japan’s Teiru Kinoshita en route to a dominant seventh-round stoppage and solidified his status as one of the most dangerous fighters in the division.

On November 18, at the SSE Arena in Belfast, Conlan gets his chance to face Ancajas (27-1-1, 18 knockouts) and the fighter known as “The Mexican”, due to his warrior-like style and tenacity, is very respectful of the Filipino slugger’s fearsome reputation.

“I got to see the first round and then the final couple of rounds from ringside and Jerwin was very impressive,” said Conlan. “Studying from close-up, rather than on TV, you get to hear the thud of a fighter’s punches. It can be daunting.

“For one so small, he’s extremely powerful, but he’s not just a brawler and a banger. He started out nice and relaxed, patient in his approach. Like all the top Asian fighters around the weight, he’s extremely tough.”

Despite recognizing Ancajas’ formidable attributes, Conlan (19-0, 11 KOs) remains convinced that he has what it takes to win a world title on home soil.

“I’d be an underdog against any of the champions but, looking at that list, Ancajas might be the weakest of the current crop,” said the challenger.

“Though Jerwin’s a southpaw, he doesn’t really fight like a southpaw. He’s not a tall, awkward, elusive one. He seems easy enough to hit. He doesn’t fully capitalize on his southpaw advantage.

“While he’s used to facing the Asian style, he could probably be outboxed from the outside by a big European, like myself. That’s what I need to do, to win the fight. If Ancajas could drag me into a war, I’d have to go really deep.

“Remaining disciplined would be the key. I don’t have a great track record.”

The bout will feature on the undercard of Carl Frampton’s return to action and will be televised by BT Sport and BoxNation. Tickets go on sale on Wednesday October 4 via the SSE Arena Belfast Box Office Tel: 028 9073 9074.