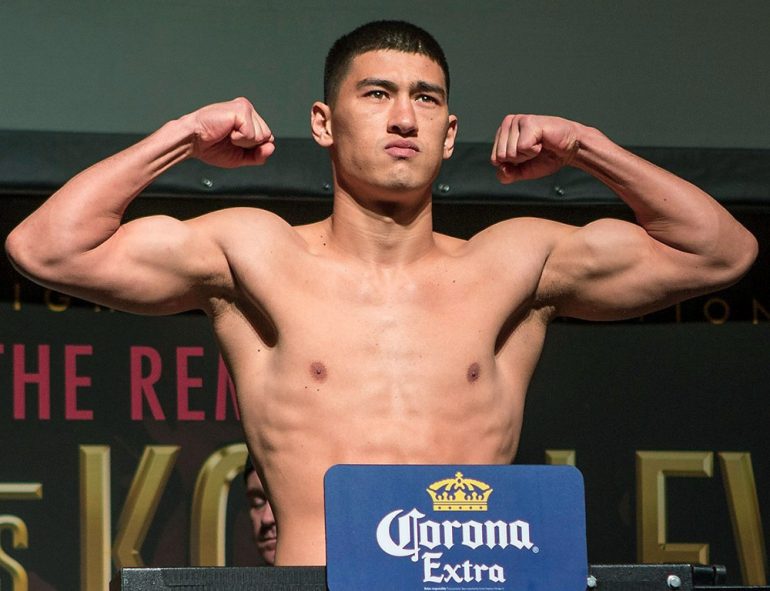 Dmitry Bivol, the crushing puncher from Russia, is ready for his close-up.

The 26-year-old’s last two fights were televised in the U.S. (ShoBox and HBO Pay-Per-View), but now he’s preparing for his first world title shot, and it will come in a main event live on HBO.

Bivol will fight Trent Broadhurst for the vacant WBA light heavyweight title on November 4 in Monaco, sources told RingTV.com. Matchroom Sport will promote the show, and it’s possible a second bout will be added to the afternoon telecast.

Bivol (11-0, 9 knockouts) announced his arrival in 2017 with a knockout of Samuel Clarkson on ShoBox and then a stoppage of Cedric Agnew in June on the Andre Ward-Sergey Kovalev rematch.

After Badou Jack vacated the WBA’s regular 175-pound title earlier Saturday, and in the wake of Andre Ward’s retirement (he held the WBA super title), Bivol and Broadhurst will battle to fill the vacancy.

Broadhurst (20-1, 12 KOs) is a rugged Australian whose lone defeat came in 2011 via knockout to journeyman Robert Berridge. But unlike Clarkson and Agnew, Broadhurst will come forward and make the fight.

Bivol figures to be a player in the 175-pound division for a long time to come, and on November 4, his journey truly starts.