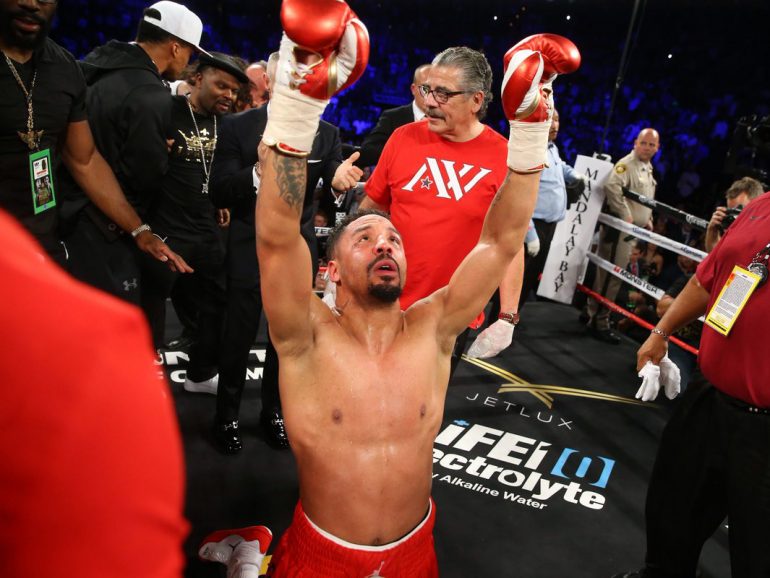 Love him or hate him, at his best, Andre Ward was as good as it gets.

The self-proclaimed “Son of God” shockingly retired from the sport at the age of 33 years old on Thursday morning but he leaves behind a Hall of Fame legacy, which solidified him, albeit briefly, as the finest fighter in the world, pound-for-pound.

Ward (32-0, 16 knockouts) captured Olympic gold for the U.S.A. at Athens 2004 as a light heavyweight and turned pro in December of that year at 168 pounds. Barring a brief scare against dangerous journeyman Darnell Boone, who dropped him in November 2005, Ward won his first 20 fights handily before opportunity knocked.

Showtime’s “Super Six World Classic” was a revolutionary tournament with the winner to be recognized as the finest super middleweight in the world. The original lineup featured Ward, Arthur Abraham, Andre Dirrell, Carl Froch, Mikkel Kessler and Jermain Taylor. Contested between 2009 and 2011, there were injuries and pullouts but Ward defeated Abraham, Kessler and Froch to emerge as THE RING Magazine, WBA and WBC champion. 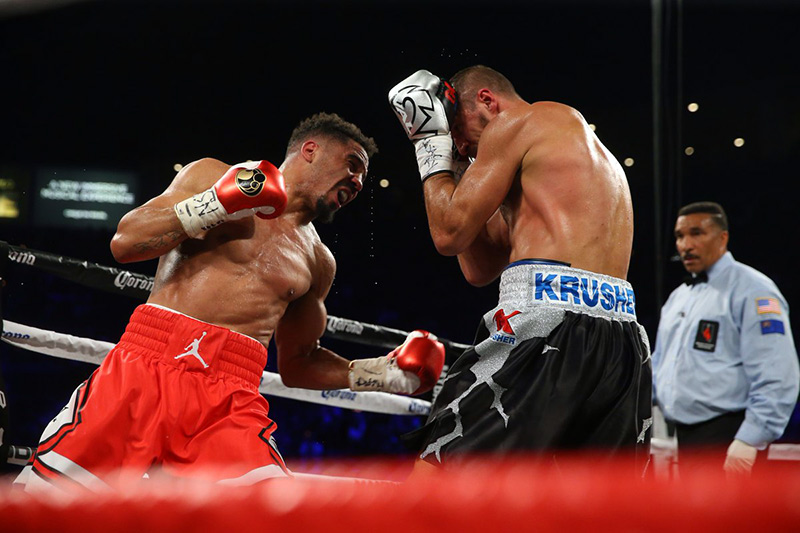 Now established as one of the best fighters in the world, Ward defeated linear and RING light heavyweight champion Chad Dawson at 168 pounds before a promotional dispute with Dan Goossen derailed his momentum and led to a lengthy layoff.

Over 18 months would pass before Ward returned to battle, as a light heavyweight. Eager to prove his worth at 175 pounds, the American dominated three warm-up opponents before targeting the fearsome unified titleholder Sergey Kovalev. Ward won their first meeting via controversial decision but stopped the Russian power-puncher in the eighth round of their rematch.

In a glittering and glorious career, Ward took on all comers and, while he may not have been the most entertaining of fighters to watch, he leaves on his own terms – as a winner.

Abraham, a former middleweight titleholder, had moved up in weight to join the Super Six tournament. But while the Germany-based Armenian had lost none of his strength and durability with the step-up, he had mixed results. After coming from behind to halt Jermain Taylor, Abraham was defeated by Dirrell via disqualification before being soundly outpointed by Froch. Predictably, Abraham barely landed a glove on Ward, who boxed circles around him in a display of class and precision. The official scores were 120-108, 118-111 and 118-110.

This was Ward’s first world title fight and it was a bloodbath. Kessler, a superb professional, was making the third defense of the WBA title and both fighters were making their first appearance in the Super Six. Kessler had been installed as a narrow favorite to defeat Ward but never looked like it. Ward was the sharper fighter throughout and a series of unintentional headbutts also opened grotesque cuts around Kessler’s eyes to hamper the Danish boxer-puncher further. The fight was stopped in Round 11 due to these gaping wounds and Ward prevailed by technical decision: 98-92 twice and 97-93.

Everything was going so well for Chad Dawson. The talented southpaw had defeated aging great Bernard Hopkins to regain a light heavyweight title and solidify his dominance at 175 pounds. He was even closing in on some pound-for-pound lists. The future was so bright. However, agreeing to face Ward at super middleweight turned out to be a disastrous idea. Call it no-contest. Ward punished his countryman, decking him three times before the bout was stopped in the 10th. Dawson, who suffered a first round knockout loss to Adonis Stevenson in his next fight, was never the same again.

The long-awaited final of the Super Six. Froch, the WBC titleholder, brought a hard-hitting style, a chin of steel and thousands of passionate British fight fans to the U.S. But it wasn’t enough. Ward was on point from the opening bell, catching the English warrior with sharp counterpunches and bossing the action up close. Not to be outdone, Froch closed well enough to make it a tight fight on two cards. The scores were 115-113 twice and 118-110, although the truth probably lies somewhere in the middle. Ward unified the WBA and WBC titles and added the vacant RING super middleweight title to his collection.

In November of 2016, Ward set out to become a two-division world champion but a contentious decision over unified light heavyweight titleholder Sergey Kovalev left so much doubt. An immediate rematch was arranged and Ward was determined to deliver – and he did just that. A stunning right hand wobbled Kovalev in Round 8 and it was blood to a shark. Ward pursued his prey, chopping him down to head and body, breaking up the larger man with a bevy of blows. Was there a low blow during the finish? Yes, but Kovalev was through and if you think otherwise, then don’t go to the racetrack anytime soon.

Tom Gray is a U.K. correspondent/editor for RingTV.com and a member of THE RING ratings panel. Follow him on Twitter @Tom_Gray_Boxing