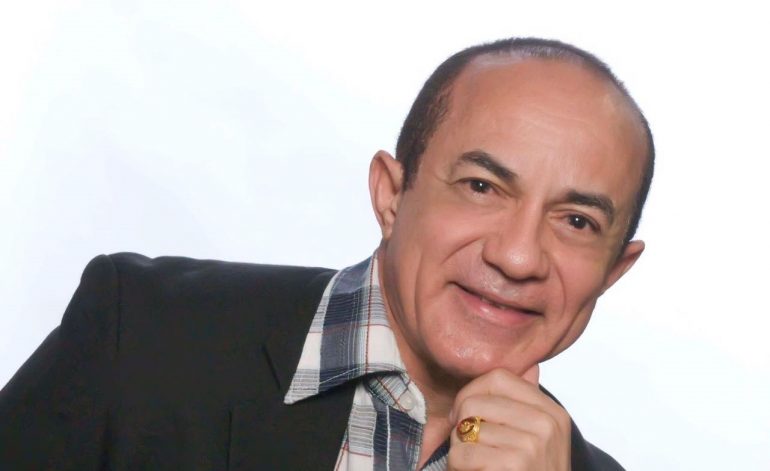 Ismael Salas is one of the top trainers in boxing today. The Cuban master learned his trade at home in the critically acclaimed amateur set-up before switching to the pros. He has trained 19 world champions to date and will be in the corner of current prize pupil Jorge Linares on Saturday.

Salas was born on June 17, 1957, in Guantanamo and was one of six children. His early years in the Communist country went without incident and weren’t as tough as they were for others. He first became interested in boxing at nine years old.

“My father was an American-based worker in Guantanamo, so we had a tough life but my father made good money and we lived in comfort,” Salas told RingTV.com.

“In my childhood, we played and fought. The gym was very close to my house. I started to go to the gym and found something I could do.

At 21, Salas decided to make the transition from boxer to coach.

“(My) old trainer, Jose Maria Chivas, taught me very well,” he explained. “I liked the way he taught. I tried to follow his way. As soon as I got into boxing, I knew it was my thing; it just clicked, all the movement. Guantanamo in Cuba is famous for having great fighters. I learned from the best.

“Once I got my degree, I began working with the Guantanamo team. I made four Olympic gold medalists — one of them three times (over) — many amateur world champions, Pan-American Games and Cuban national titles.”

In total, Salas was the Guantanamo head coach for close to 13 years. Because several members of the Guantanamo team were on the national team, he spent a lot of his time traveling and participating in various tournaments around the world.

In 1989, he left Cuba, taking up an invitation from then-AIBA President Anwar Chowdury to help cultivate and teach the sport in Pakistan. Salas worked there until the 1992 Barcelona Olympics. His success led to teaching seminars all over the world. 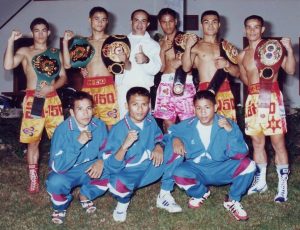 When Salas ventured to Thailand, he produced six professional world champions and was named WBA Trainer of the Year for 1996. Salas also worked on the amateur scene and helped Thailand secure two Olympic gold medals.

However, it was at the 2003 World Championships in Bangkok that one of his fighters, Somjit Jongjohor, upset medal favorite Yuriorkis Gamboa at the quarterfinal stage. The Thai fighter would go on to win gold.

Despite the victory, the trainer was left with a heavy heart.

“I was Gamboa’s father’s trainer, so I knew him well. I said, ‘I’m sorry, it’s my job,'” Salas explained. “(Gamboa defected) from Cuba and went to Germany. They called me up and I worked with him.”

Prior to hooking up with Gamboa in 2007, Salas worked with Danny Green in Australia. He then worked in several countries before arriving to the U.S. in 2008. Since then, he’s worked with many fighters including Beibut Shumenov, Jessie Vargas, Rances Barthelemy and Nonito Donaire. Over the summer, Salas headed to London to work with former cruiserweight and heavyweight titlist David Haye, who is targeting a December return.

Salas, now 60, resides in Las Vegas. He’s married to Kotomi, whom he met in Japan; they have been together for 10 years and have a son. He also has three children from a previous relationship. Away from boxing he enjoys family life, going to concerts, watching movies and different restaurants.

He kindly took time out of his hectic training regimen to speak to RingTV.com about the best he has trained in 10 key categories. 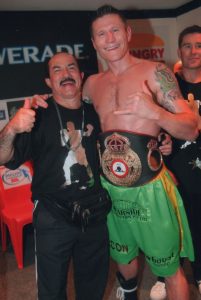 BEST JAB
Danny Green: My way of teaching is how I can control the motion, how the fighter can use their own body to punch. Fortunately, I got Danny Green. I saw how he’s throwing all his punches — very good fundamentals. One of my stronger points is the front hand — in that case the left hand, his left jab. I saw everything in Green, so I was just bringing in all the body motions from the feet to the knee, to the shoulder, to the elbow to the end of the punch. It’s all rotation, using all the body parts behind the punch. Green’s jab was so powerful. I remember in one of his fights with Paul Murdoch, he dropped Murdoch with one strong jab.

BEST DEFENSE
Guillermo Rigondeaux: The best defense for me is Rigondeaux. He maximizes all the coordination between defense and counter. I trained him for his title match when he fought Rico Ramos. I had a very good experience with Rigondeaux. There are three kinds of defense: one with the feet, another with the body and another with the head. Rigondeaux maximizes his defense skill to control the opponent through his feet, through his upper body.

FASTEST HANDS
Yuriorkis Gamboa: He was so explosive. It’s a funny thing that happened when we worked with Gamboa. He got a very sore arm. His body is structured for a lot of muscle, so he brings his hands down. Many people misunderstand Gamboa; they think he cannot keep his hands high but it’s because of his body structure; short arm with much muscle.

BEST FOOTWORK
Gamboa: He’s so explosive, he’s in and out. I include Rigondeaux. I include even Jorge Linares — a master in finding angles. I (just) feel Gamboa in his prime was a little better than Linares. What I did with Gamboa was analyze all his motion. I used his skill of footwork when he’s going in and going out. He was so explosive and could go to any angle, hitting you and you not seeing him when he goes out.

BEST CHIN
Saen Sor Ploenchit: Very, very good chin; it’s like rock. He was the WBA flyweight champion. He beat six world champions in nine defenses, including when he won the title from David Griman from Venezuela. He is the skinniest one I had but he was the strongest chin. He was so tough and strong. Now he’s a little punch-drunk because he took so many punches. It’s good to have a good chin but at the end of the day, in the second life, not as a fighter, they (become) a problem.

SMARTEST
Rigondeaux: Rigondeaux and Linares are really smart. Rigondeaux is so smart, he can hit anyone. Linares is the kind of guy who (boxes) with excellency. What is boxing? Good attack and good defense. If I had to pick it would be Rigondeaux.

STRONGEST
Daorung Chuwatana: He was a bantamweight champion. He was so tough and strong. He could push anyone, easy. Any heavyweight could go down with his power because in boxing it’s not only hit hard, it’s punching power. His coordination was very bad but in a real fight, oh my God, he was very strong.

BEST PUNCHER
Gamboa: He had one-punch KO power. For me boxing is art, it’s full of skill. You see the best of Gamboa (when he stopped Jorge Solis). The way he made the knockout was like a piece of art. He created the knockout, it’s not to go and get hit and the KO comes for any reason. It’s the way you produce the KO, how you build up to the KO. Danny Green, I have to include him. I think one of all-time (best) from the amateurs is Felix Savon; three-time Olympic gold medalist with destroying power. I (also had) Pichit Sithbanprachan, flyweight IBF champion.

BOXING SKILLS
Rigondeaux: The best of the best, Guillermo Rigondeaux. He’s all about boxing; he’s excellent. Unfortunately, he’s had many handicaps (and) cannot be where he deserves to be. One, he’s originally from Cuba. Two, his weight class.

BEST OVERALL
Jorge Linares: Linares is boxing: attack, defense and counter. When he hits, you will feel it. He can be a one-punch knockout guy or he can be all night long hitting you. I have done more than 120 world title fights and the last fight with Linares was the (first) one I didn’t say a word in the corner. It was the perfect performance. He didn’t want to knock out (Anthony) Crolla; he was kind. It was a masterpiece. When he dropped Crolla in Round 7, he was ready to go, but he held back so I allowed him to do that. I never like to push. I say to the fighter what he should do, but he’s the one who fights. I respect their decision.