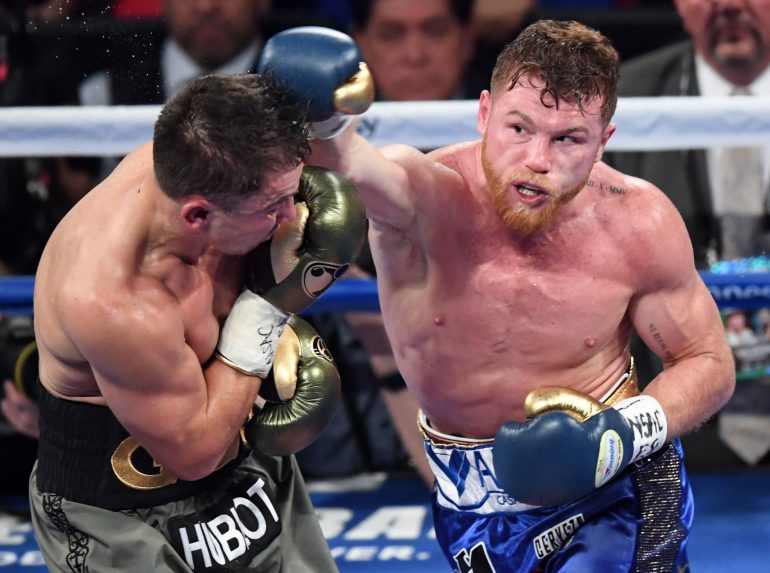 A draw generally doesn’t shake things up. And that’s the case with the RING Ratings after the Canelo-GGG fight.

Gennady Golovkin and Canelo Alvarez remained in the positions they held going into the fight in both the pound-for-pound Top 10 and in the middleweight ratings following their controversial split-decision draw Saturday at T-Mobile Arena in Las Vegas.

Golovkin remains No. 2 pound for pound, the same for Canelo at No. 7. The Editorial Board didn’t feel GGG should supplant No. 1 Andre Ward, who is coming off a knockout of then-No. 2 Sergey Kovalev. And Canelo shouldn’t move up in spite of his strong performance because of consensus, which had Golovkin winning.

Canelo retains his RING middleweight title because of the draw, just as Golovkin keeps his sanctioning-body titles.

Some believe Canelo should never have been recognized as RING champion because the Cotto fight took place at a catchweight of 155 pounds, five below the division limit. (For the record: Cotto-Martinez was fought at a catchweight of 159.) Canelo also defended the title against Amir Khan with the same 155-pound catchweight.

The RING has no policy in place to prohibit catchweights in championship fights. And the Editorial Board as a whole believes no such a policy should be instituted; if the champion and challenger agree to a catchweight below the division limit, it’s up to them.

And, finally, Canelo gave up his WBC title over a dispute with the sanctioning body but never relinquished his RING title.

Golovkin remains the No. 1-rated middleweight.

Callum Smith (No. 5 last week) and Andre Dirrell (No. 4 last week) switch places after Smith outpointed Erik Skoglund as part of the World Boxing Super Series on Saturday in Liverpool.

Viktor Postol (No. 1 last week) outpointed Jamshidbek Najmiddinov (unrated last week) in his comeback fight Saturday in Ukraine but had to survive a hard knockdown to do it. Thus, he switches places with Mikey Garcia (No. 2 last week).

Also, Jesus Rojas (unrated last week) maintained his hot streak by stopping capable Claudio Marrero (unrated last week) on Friday in Las Vegas. Rojas enters at No. 10. That pushes out No. 9 Jorge Lara, who had been relatively inactive and had to pull out of the Diaz fight after injuring himself in a fall. Scott Quigg (No. 10 last week) moves up one notch.

Jonas Sultan (unrated last week) outpointed fellow Filipino Johnriel Casimero (No. last week) on Saturday in Cebu City. As a result, Casimero drops out and Sultan enters at No. 10.

Kosei Tanaka (No. 2 last week) stopped Rangsan Chayanram (unrated last week) on Wednesday in Japan. Thus, he supplants Pedro Guevara (No. 1 last week) atop the list. Guevara hasn’t had a notable opponent since 2015, although he’s scheduled to face Ken Shiro on October 22.