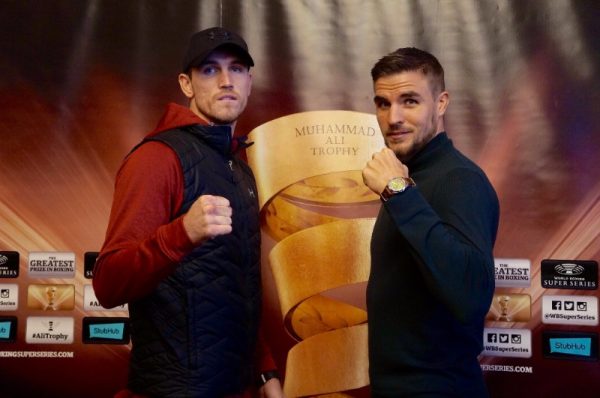 The super middleweight section of the World Boxing Super Series got under way on Saturday and while it didn’t have the same entertainment value of Oleksandr Usyk stopping Marco Huck in the cruiserweight tournament, last weekend, we still got a clear winner.

In a battle of unbeatens, British 168-pounder Callum Smith used more brains than brawn to secure a 12-round unanimous decision over Sweden’s Erik Skoglund at the Echo Arena in Liverpool, England, and advanced to the tournament semi-final. Official scores were 117-111, 117-110 and 116-112.

Smith, who is rated No. 5 by THE RING at super middleweight, is the tournament favorite and performed well, but he was tested by Skoglund. The undistinguished Swede used a steady jab to bloody the Englishman’s nose and adept lateral movement to prevent Smith (23-0, 17 knockouts) from getting off his power punches.

As the rounds passed, however, Smith’s offense began to get more varied and violent. His power had a telling effect on Skoglund who suddenly looked like he was beginning to wilt.

A right-hand counter wobbled the visitor in the 11th and the follow up-forced Skoglund (26-1, 12 KOs) to take a knee. That moment appeared decisive, although I personally scored the final round to Skoglund who worked hard to close the gap.

It was not enough, though, and Smith will now face the winner of Juergen Braehmer and Rob Brant, who are scheduled to fight at a date and venue to be confirmed.