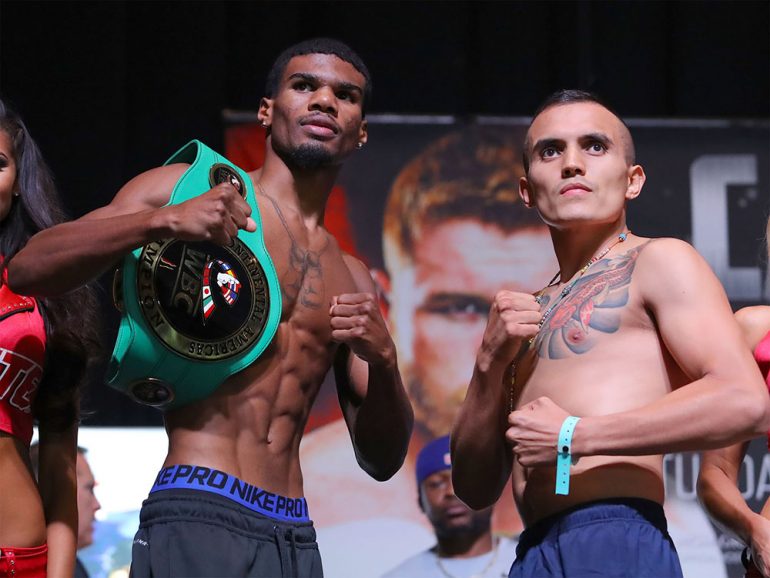 LAS VEGAS – Young lightweight contender Ryan Martin had a learning experience – and a scare – on the Canelo-GGG card Saturday at T-Mobile Arena.

The former amateur star from Chattanooga, Tennessee, escaped with a controversial split-decision victory over tough Mexican Francisco Rojo in 10-round bout, preserving his perfect record and keeping him on track for a title shot in the near future.

Martin (20-0, 11 knockouts) used his height and reach to keep Rojo (19-3, 12 KOs) at a distance with some success, jabbing and landing enough power shots to win some rounds. The problem was that Rojo attacked Martin from the opening bell and wouldn’t let up. He ate many of Martin’s long punches but he was able to land plenty of his own hard shots, mostly to the body but also to the head.

Plus, Martin lost a point for low blows in the ninth round.

That’s why, before the result was announced, Martin’s career seemed to be in danger of being derailed in a fight that was supposed to be a stepping stone toward bigger-money fights.

The scores indicate how close the fight was: 95-94 (Max DeLuca) and 96-93 (Lisa Giampa) for Martin, 98-91 (Richard Ocasio) for Rojo. The announcement was greeted with boos by the crowd.

“I didn’t feel 100 percent tonight even though I got the split decision,” he said. “I know I fought a good fight despite the adversity in the ring. I know the judge that scored in favor of Rojo recognized good boxing in him. … It’s on to the next.”