Oleksandr Usyk stops Marco Huck in Round 10, moves on to WBSS semifinals 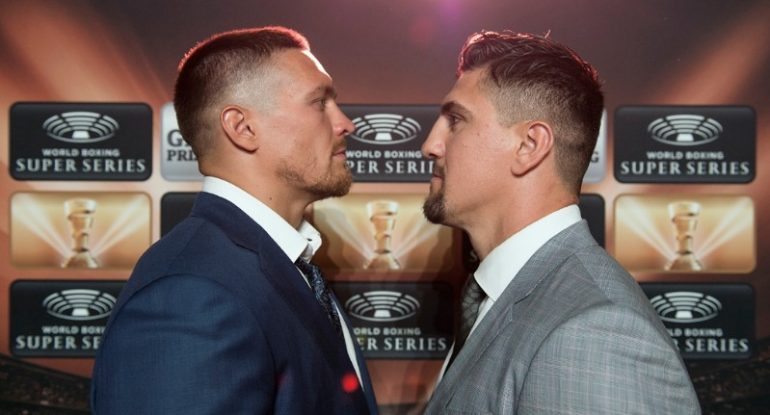 The first bout of the World Boxing Super Series is in the books, and while it delivered action, it went exactly as expected.

Oleksandr Usyk, the No. 1 seed in the single-elimination cruiserweight tournament and also THE RING’s top 200-pounder, pounded Marco Huck and stopped him in Round 10 on Saturday in Berlin.

The Olympic gold medalist was laying an absolute beating on the former champion when referee Robert Byrd finally grabbed Huck and saved him from further damage at 2:18.

Usyk (13-0, 11 knockouts) retained his WBO title in the victory, the third defense of the belt he won from Krzysztof Glowacki in September 2016. The 30-year-old Ukrainian will move on to the semifinals, slated for either January or February, and meet the winner of the quarterfinal bout between No. 3 seed Mairis Briedis and Mike Perez on September 30.

For Huck, it’s clearly the end of the line. He’s now lost three of his last five bouts (the others to Glowacki and Briedis) and after so much wear and tear; so many crowd-thrilling battles, if he continues to fight on, he’ll simply be a stepping stone. A name opponent for a prospect on the rise.

But Usyk appears to be the cream of the cruiserweight crop.

He landed at will from the opening bell with a plethora of power shots from all angles. Huck (40-5-1, 27 KOs) took it well but never was able to sustain any offense. Instead, he was selective with his spots and threw one punch at a time. Most of those punches were picked off by Usyk’s high guard.

Huck’s best shot of the night was a looping right hand that connected in Round 4, but all Usyk could do was laugh. He then answered with a counter chopping right and followed up with about a six-punch combination that sent the German reeling.

Most of Huck’s shots were pushed, not snapped, and it appeared Usyk could end the fight at any time. After a few brutal rounds, he finally did in Round 10 with Huck trying desperately to hang on for one more round; for one more fight in an impressive career that made him a star in Europe.

It’s all over for Huck, 32, as a contender now. And Usyk will march on in an attempt to prove he’ll be the last man standing in May when the WBSS wraps up.