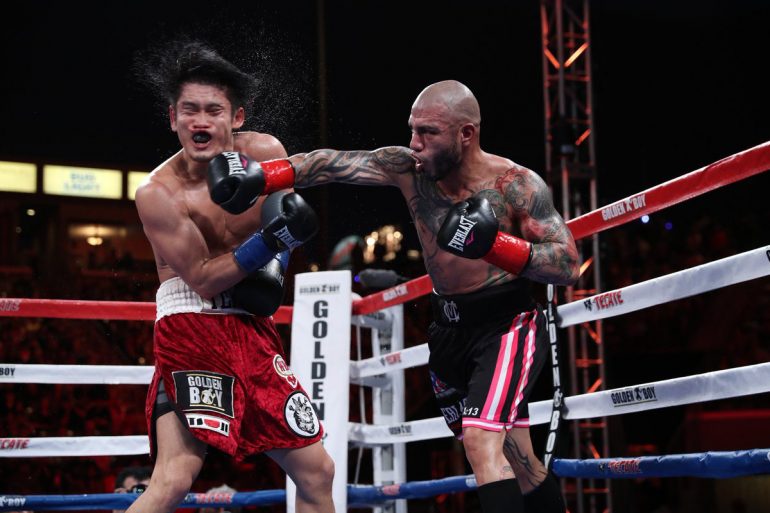 CARSON, California – If he had any ring rust, Miguel Cotto sure didn’t show it against Yoshihiro Kamegai tonight at StubHub Center.

Cotto, whose last fight was a decision loss to Canelo Alvarez 21 months ago, put on a boxing clinic against the hard-charging gatekeeper to the delight of the near sold-out crowd.

The future Hall of Famer, who has repeatedly said that 2017 will be his final year in boxing, scored a lopsided unanimous decision in what amounted to brutal target practice. Cotto (41-5, 33 knockouts) won by scores of 120-108, 119-109 and 118-110. The 118-110 card was being kind to Kamegai (27-4-2, 24 KOs), who was fearless and relentless against the Puerto Rican star but was also soundly picked apart with accurate power punches despite his heart and constant pressure. 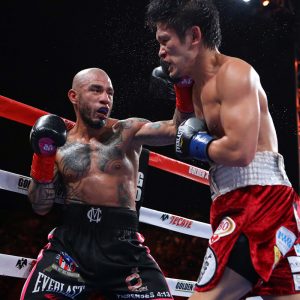 Kamegai’s iron jaw) while the Japanese slugger only landed 152, according to CompuBox.

It was a fun but one-sided contest. Cotto, who has a lot of wear and tear on his 36-year-old body, made it look easy. However, it probably didn’t feel easy to the often-stoic veteran. Kamegai set a torrid pace, was more than happy (almost eager) to eat power shot after power shot, and was able to land more than a few burning hooks to Cotto’s liver. Although he kept his usual ice-cold composure between rounds, those who have followed Cotto’s 17-year pro career had to wonder if he was thinking “Why am I still doing this?” as he sat on his stool.

Cotto would have been forgiven, even applauded by some, if he had announced his retirement after tonight’s fight. For a moment, it seemed like he was considering doing so during his post-fight in-the-ring interview with Max Kellerman for HBO, which televised the bout live in the U.S.

First, he reiterated that he would hang his gloves up on December 31, adding that he’s “done enough” as a fighter and that he wants to spend more time with his family. Kellerman asked him if that meant that he would fight one more time, or if he wanted to call it a career now.

“We wouldn’t mind seeing you again,” Kellerman replied, keeping the interests of the fans (and his network) in mind.

“One more in December,” Cotto said.

When asked who he would like to fight in his last bout, Cotto turned it over to his Hall of Fame trainer Freddie Roach, who has guided the tail-end of his career.

Roach, who’s got a little promoter in him, brought up the Canelo Alvarez-Gennady Golovkin middleweight championship that takes place in Las Vegas in three weeks.

“There’s a big fight coming up on September 16,” Roach said. “We won’t duck anybody. We want to go out with a bang.” 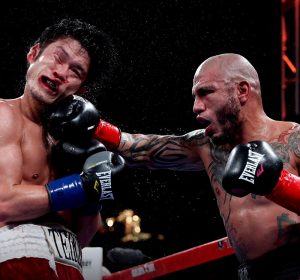 Cotto landed his best shots – flush – against Kamegai but could not put the Japanese fighter down. Photo @HBOBoxing

The Canelo-Golovkin winner (and even the loser of that mega-match) would net him the most money for his Final Hurrah, but that fighter also represents a lot of danger for an aging veteran that has been in many ring wars and did not have sufficient power to stop or even drop a defensively challenged junior middleweight gatekeeper. Hard-punching middleweight contender David Lemieux, who has been mentioned as a potential opponent for Cotto, also presents a very real physical threat.

But Cotto isn’t a future Hall of Famer just because he won world titles in four divisions. He’s also going in because he seldom ducked a tough fight.

Whoever Cotto winds up fighting in his final fight, and regardless of what might happen during the bout, his fans (and even his critics) know that he will put forth his best effort and exhibit his customary blend of masterful boxing and punching.

Cotto was never embraced by Puerto Rican fans as much as many of the boxing-crazy island’s previous standouts – he didn’t possess the dynamic offense of Felix Trinidad or the genius defense of Wilfred Benitez or the charisma and natural talent of Hector Camacho – but they had to respect his overall ring craft along with his accomplishments.

Win, lose or draw in December, Cotto will leave the sport with the admiration of boxing’s media and fans.

In the co-featured bout of the Golden Boy Promotions card (and HBO broadcast), Rey Vargas retained his WBC 122-pound title for the first time against Ronny Rios with a clear-cut unanimous decision. 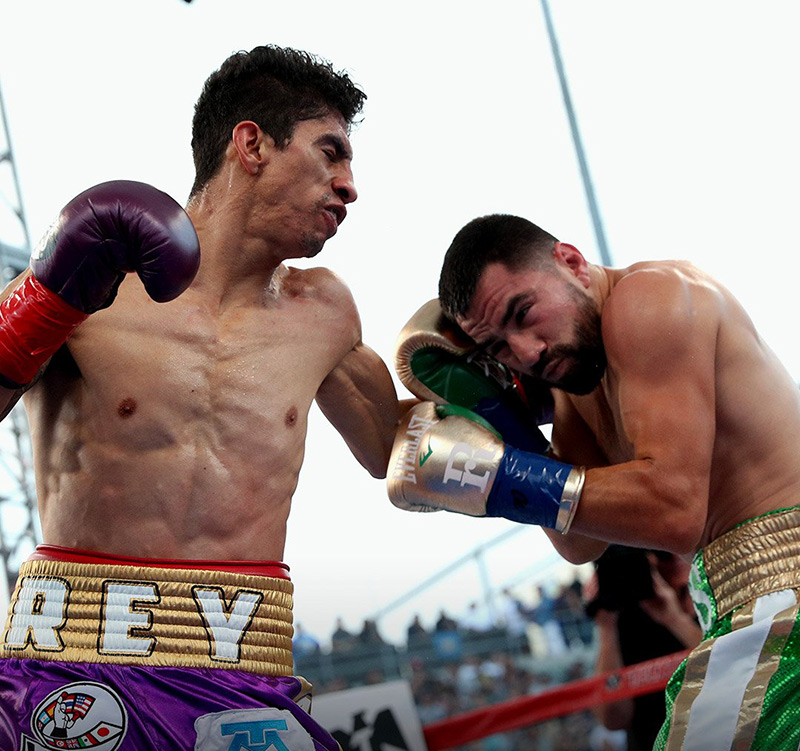 Vargas, who won the vacant title by outpointing then-unbeaten Gavin McDonnell in England earlier this year, started fast and fierce, keeping Rios in a defensive shell for much of the first six rounds.

However, the 27-year-old native of Santa Ana, California, was able to make his presence felt in the middle rounds by stepping up his aggression and roughing up the energetic stringbean on the inside and along the ropes. In Round 8, Rios buckled Vargas’ legs with a big left hook. Rios also had a strong Round 9, but he took his foot off the gas pedal in the final three rounds, allowing Vargas to outwork him.

On the undercard, Golden Boy featherweight prospect Joet Gonzalez (18-0, 9 KOs), of Glendora, California, looked impressive in dropping and stopping Deivis Julio (19-3, 11 KOs), of Colombia, in the fifth round of a scheduled 10. The bout was part of HBO’s international broadcast.

Junior featherweight prospect Emilio Sanchez (16-0, 11 KOs), who, like Gonzalez, is promoted by Golden Boy and managed by Frank Espinoza, turned in his bet performance to date with a fifth-round stoppage (in a scheduled eight rounder) of tough Mexican journeyman Danny Flores (11-9-1, 5 KOs).