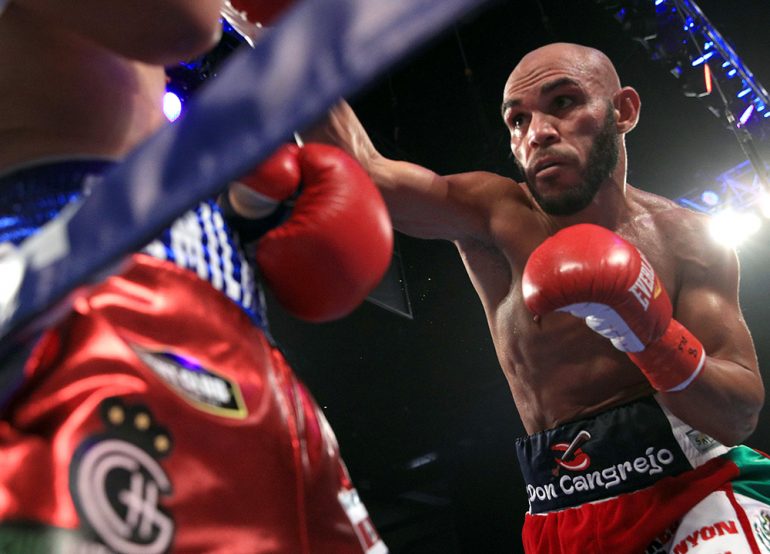 Beltran (34-7-1, 21 knockouts) appeared to be stronger than Vasquez, the former junior lightweight contender. And he took advantage, keeping pressure on the capable Costa Rican for most of the fight.

Beltran landed some big shots – particularly in the early and middle rounds – and it seemed as if he might end the fight early. However, Vasquez, who evidently is very tough, not only survived but continued to throw back in what turned out to be a competitive fight.

Vasquez (35-3, 19 KOs) seemed to hurt Beltran in the final seconds of the fight but the bell rang to end the 10-rounder.

In the end, Beltran’s face was a mess. He had a cut in the middle of his forehead (the result of a head butt), a cut on the side of his right eye and a badly swollen cheek.

Still, it was Beltran who had his hand raised. One judge scored the fight 95-95 but the other two gave Beltran the nod 96-94, giving him the victory.

“He is very strong,” Beltran said. “He can take a punch very well, stronger than I thought he was going to be. I got the (victory) and that’s what matters.

“… He hurt me a little bit. There was a lot of blood in my eyes. I couldn’t really see. I couldn’t get on the inside. And he caught me with … a hook.”

Vasquez thought he deserved the decision.

“I thought I did all I needed to do to win.”