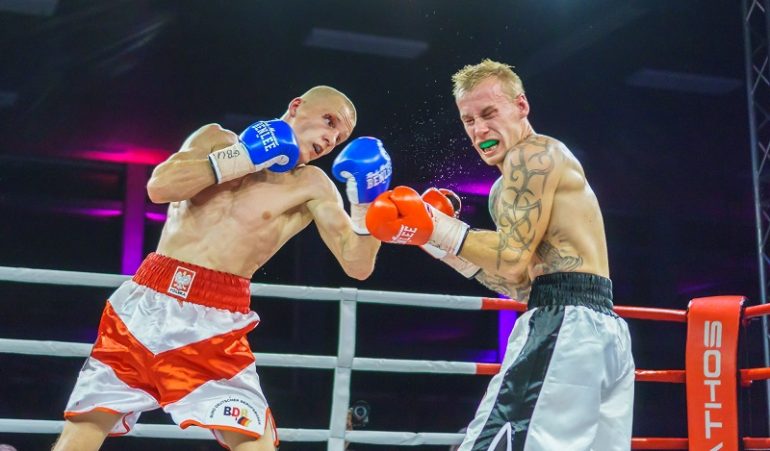 Best night of pro career and why: Jedrzejewski is most pleased with his most latest performance when he put an exclamation point on an already dominant showing.

“A nice KO win in round 12 over unbeaten Manuel Buchheit on the First Punch event in Plettenberg,” Jedrzejewski told RingTV.com, through his manager Christoph Jan Jaszczuk. “A lot of Polish fans came to support me and it was a great night. I could show my boxing style and recommend myself to bigger challenges.”

Worst night of pro career and why: So far, the 27-year-old Pole has done all that’s been asked of him, winning all 11 of his pro outings, thus far, and getting 10 stoppage wins. However, for other reasons, he believes the Buchheit victory showed a darker side of the sport.

“My worse moment was after I realized that Manuel really got injured,” he explained. “The fight should have been stopped much earlier. After round 10, I started to look for the knockout. I hit Manuel with a lot of strong punches in round 12 and I unfortunately knocked him out of the ring.

“I was very happy with the victory but then I looked at him and realized that he was not OK. He went to hospital and had a few injuries. I was very happy to hear, after a few weeks, that he could finally go home. Now I’m happy that he is healthy and still fighting.”

Next fight: Jedrzejewski will return from a nine-month hiatus to face Bilal Messoudi on Saturday in Essen, Germany, over eight rounds.

“I am happy to be back in the ring,” he said of his return. “I’m looking forward to having more fights again. I can’t wait to face Bilal in the ring. He likes to fight and so do I. His last two fights, he fought over 10 and 12 rounds. He has a good chin and that’s good.”

Messoudi (4-4-1, 1 KO) shouldn’t cause the Polish-born fighter too many problems. Victory will likely to lead toward fighting on a pay-per-view undercard in his homeland later this year.

Why he’s a prospect: Jedrzejewski was a good amateur domestically and fought around Europe in Sweden, Lithuania, Ukraine, Czech Republic, Germany, Denmark and the Netherlands.

“I had a fantastic amateur career,” he said. “I’m a fighter who becomes better and better after each round. That’s why I like professional boxing much more. I won the Polish nationals multiple times but I also got cheated a few times but that’s amateur boxing.”

The opportunity to go further a field and fight internationally never came. Jedrzejewski was a offered the chance to fight at the European Championships; he didn’t take it, instead passing it up to go to school. It’s something he now regrets.

In the unpaid ranks, he the two biggest names he fought were Denis Makarov and Evaladas Petrauskas.

“I fought Denis Makarov, who, a month before our fight, had won the gold medal at the European Championship in Moscow. I lost on points. I was a kid and, when I heard he was the European champion, I had too much respect for him,” he explained.

“I have also fought with Evaladas Petrauskas from Lithuania. I beat him on points. Later, he became Olympic bronze medalist at lightweight in 2012 in London.”

Jedrzejewski feels he has a few noteworthy strengths.

“Strong hands and great technique,” he stated. “I like to assume my opponents’ style and fight toe-to-toe and give the spectators a great fight.”

He showed last time out that he has good stamina, fighting at a similar pace in the 12th round that he had in the first round.

Although not currently ranked by the EBU at 135 pounds, Jedrzejewski could prove to be quite dangerous on the European scene.

Jaszczuk is keen to take that step and believes his fighter isn’t too far from that level.

“Just one fight away,” said the young manager when asked how far his fighter is from being ready for a European title fight. “All he needs is a (proper) training camp and he would be ready. We have a few options right now but nothing is really certain, so we are still waiting.”

Why he’s a suspect: Jedrzejewski has done all that’s asked of him to date and looks like a handful domestically and in Europe but whether he can transition to world level remains to be seen.

He was twice due to travel to New York to travel with renowned trainer Michael Kozlowski. Unfortunately, he was twice denied a visa, thus stunting his development.

The injuries Buchheit suffered played on his mind and so, once the visa situation didn’t work out, he took some time out to clear his mind. It will be interesting to see if Jedrzejewski still has that edge to finish an opponent or if that has been dulled.

When asked what he feels he needs to improve upon to step up to the next level, he said, “To fight the best, I need to train with
the best. There is a trainer in the United States I would like to work with. Michael Kozlowski from New York is one of the best trainers in this game and his champions have a brilliant technique with great footwork. I want to work with him.”

Jaszcuk is keen to facilitate his fighter.

“There are millions of polish people in the U.S.A.,” he said. “Now we will try to get his visa again soon.

“I also talked to Mateusz Borek who was the promoter at the last PPV show “Polsat Boxing Night” in Poland. He’s also interested and he would like to see Marek at the end of the year at the next PPV show. There is no date or opponent confirmed, so we are also waiting there. Marek has a great fan base in Poland and Germany and the Polish fans like to see a warrior like him in the ring.”

Storylines: Jedrzejewski was born and raised in Damnica, in the very north of Poland, over 500 kilometers (about 311 miles) north of the capital Warsaw.

He is from a small family and has two sisters.

“I grew up in a small village,” he explained. “I love nature and l like it quiet. Poland will always be my home and I’m very proud to represent my country in this sport.”

He first came into contact with boxing when he was in his mid-teens.

“Boxing trainers Antoni and Marek Palucki came to school to get the kids into boxing,” he reminisced. “Before this, I played only soccer but I tried boxing. I was 15 years old and I knew this is my sport. Both were my amateur trainers and lead me to all my victories.”

He travels back and forth from his home in Damnica to Germany for training camp ahead of his fights. He currently works a day job in a factory, as well as a personal trainer to help make ends meet between fights.

The Pole looks up to Roy Jones Jr. and Miguel Cotto and believes his countryman Andrew Golota opened the doors for other Polish fighters.

Like many, he wants to become a world champion: “All I want is a chance to fight for a world championship belt. That’s all I need and I’ll do my work in the ring to get this belt.”

Away from boxing, he has a girlfriend. He lives a quiet life but enjoys watching all sports. He is interested in cars and likes to play soccer.