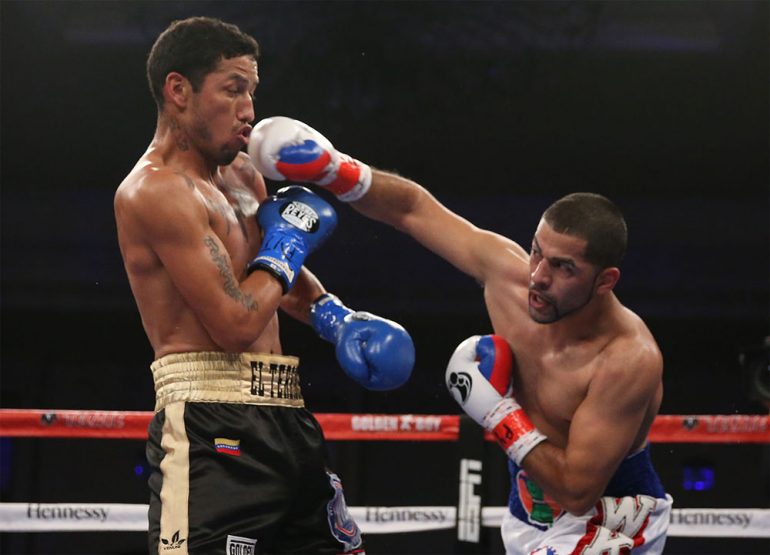 TUCSON, Ariz. – On Sadam Ali’s record, it goes down as a victory. On his report card, it was something less. Call it a lesson that left him with lots more to do.

Ali, his own worst critic, wasn’t happy with a unanimous decision over Johan Perez Saturday night at Casino Del Sol in an ESPN2-televised bout he had to win if he ever hoped to get back into the welterweight division’s champion conversation.

“I give myself a six, if I’m being honest,’’ Ali said following his third-straight victory after Jessie Vargas stopped him for the WBO belt in his only title fight in March 2016. “I should have looked better.’’

Ali planned to look better, but didn’t for at least a couple of reasons.

He repeatedly rocked Ali with punches powered by a long, lanky reach. All the while, Ali, a 2008 Olympian from Brooklyn, displayed terrific footwork, but his punches lacked power.

Perez quickly figured out that Ali couldn’t hurt him. There wasn’t enough in Ali’s hands to keep him from moving forward. After a Perez slip that was mistakenly ruled as a knockdown in the third, the Venezuelan stubbornly pursued. In the eighth, he landed a left hook to the body that hurt Ali.

After the one-sided scores were announced, Perez left the ring to applause from fans who thought he had won the bout, which included a strange moment: During the sixth, a man dressed in Ali gear was chased out of a seat adjacent to Perez’s corner. Perez’s assistant trainer got up off his stool and asked him to move. He did.

“It was just a misunderstanding,’’ said the man, who would only identify himself as a member of Ali’s team. “I think he just thought that Perez couldn’t hear his corner’s instructions over my shouting.’’

For Ali, the next step in his career remained uncertain.

“Maybe a fight on September 16,’’ Ali said of the Gennady Golovkin-Canelo Alvarez card in Las Vegas.  “A lot more work, that’s for sure.” 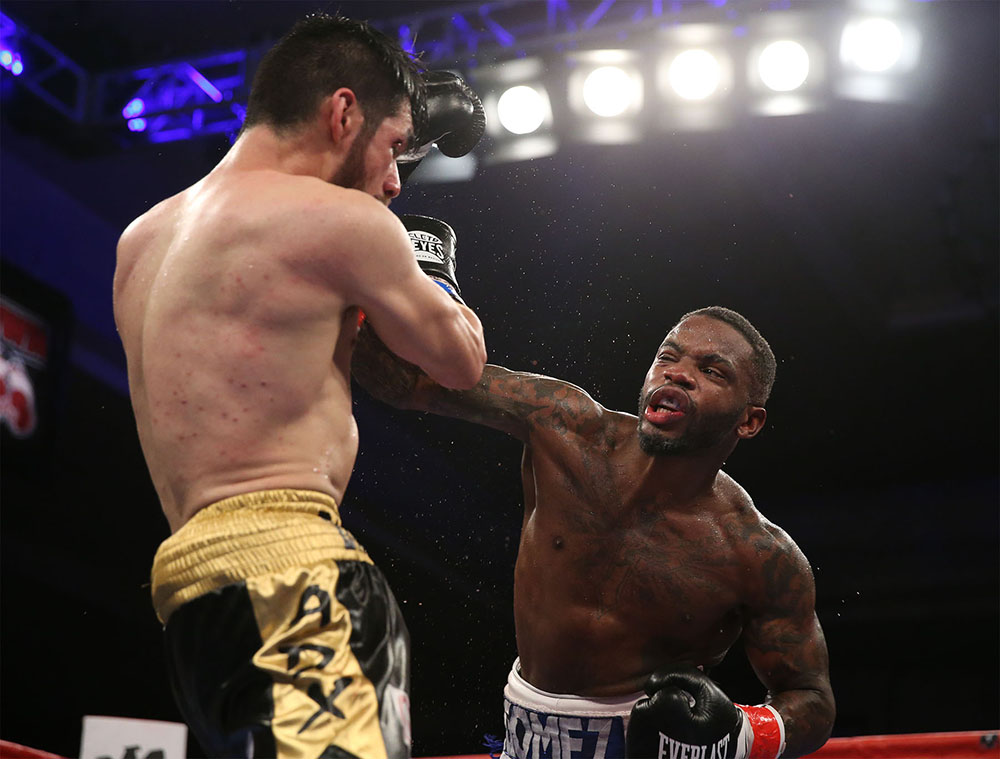 In another welterweight bout on the ESPN2 telecast, it was bloody. It was head-rocking. In the end, it was a split decision.

Gomez, of New York, appeared to be on his way to a win after scoring a knockdown with a head-to-body combination in a seventh-round exchange that left Barrera with a deep gash at the corner of his eye.

Ringside physicians looked at Barrera, of Nuevo Leon, Mexico, and ruled that he could continue. He did. Did he ever, tirelessly pursuing Gomez for the next three-plus rounds of a bout that ended with him favored, 96-93, on two cards. The third judge scored it 95-94 for Gomez.

Meanwhile, Golden Boy and Showdown, the card’s co-promoters, are planning to return to Casino Del Sol on November 2. With who? Who knows? But Antonio Margarito was mentioned as a possibility Saturday by Showdown, which has long promoted him. First, however, Margarito would have to beat Carson Jones on September 2 in Chihuahua, Mexico.