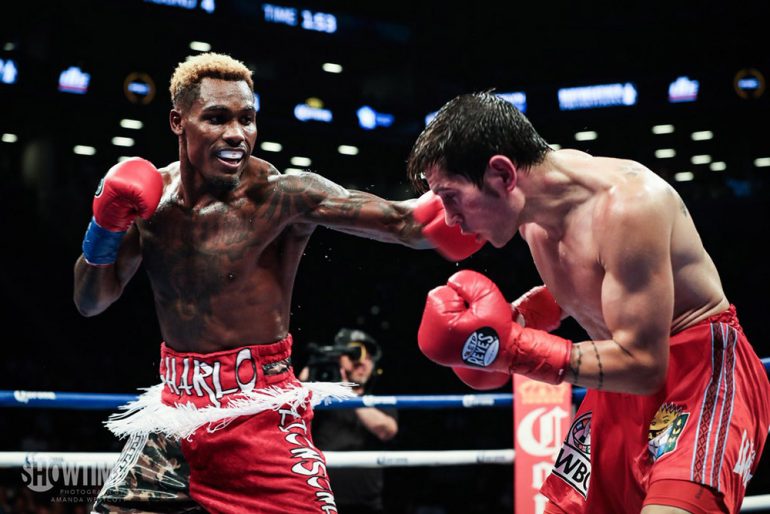 NEW YORK — Injured left leg or not, Jorge Heiland never had any business sharing a ring with Jermall Charlo.

That much was evident from the opening bell Saturday in Brooklyn, as Charlo, in his middleweight debut, punched — and landed — whenever he wished and however he wished en route to a fourth-round stoppage on Showtime.

Heiland clearly had trouble putting weight on his left knee, which was apparently heavily tapped due to a preexisting injury until the New York State Athletic Commission made him remove it.

That made the Argentine a sitting duck for Charlo’s pinpoint power shots, though by the looks of it, he was in over his head no matter what.

“Sometimes the injury can be a decoy, you never want to just jump in and think it’s part of his game plan,” Charlo (26-0, 20 knockouts) said. “My coach told me to stay behind my job like I did; continue to work and it’s going to come.

Charlo, 27, knocked down Heiland in Round 2, and continued to batter him, with no of consequence coming back. Charlo didn’t seem to break a sweat until finally, he landed a vicious one-two that planted Heiland on his back after a delayed reaction.

Said Heiland: “I turned my left knee in the first round, but I did not want to give up. I tried to give it my all, but it was not my night. I had bad luck but I am going to work harder than ever to get back and get another opportunity to achieve my dream and win a world title.”

With the victory, the former 154-pound champion is now in the mandatory position for the WBC middleweight title held by Gennady Golovkin, the only title that won’t be on the line against Canelo Alvarez. If GGG loses, the title will become vacant. 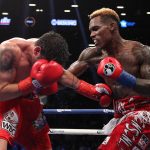 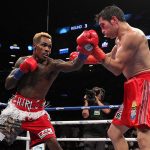