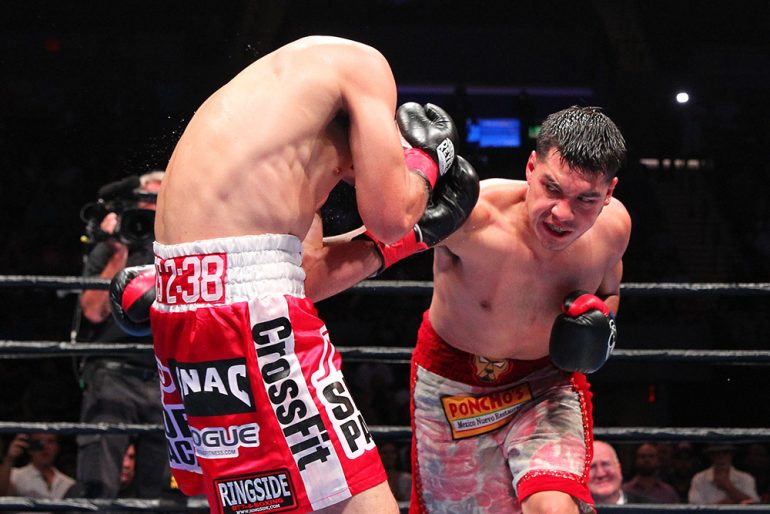 He had no interest in sitting – in any kind of assistance – after suffering five knockdowns in a three-round welterweight slugfest defeat to Omar Figueroa on Saturday in the main event of PBC on FOX.

Guerrero (33-6-1, 18 knockouts) is simply too proud, and despite his punch-resistance vanishing, the pride remains intact.

But after five defeats in his last seven fights, it’s all over for Guerrero as a top-level fighter at age 34.

Figueroa’s career is just taking off, though.

The 27-year-old, who ended a 19-month layoff, impressed, and with plans to drop back to 140 pounds, he could be a player. 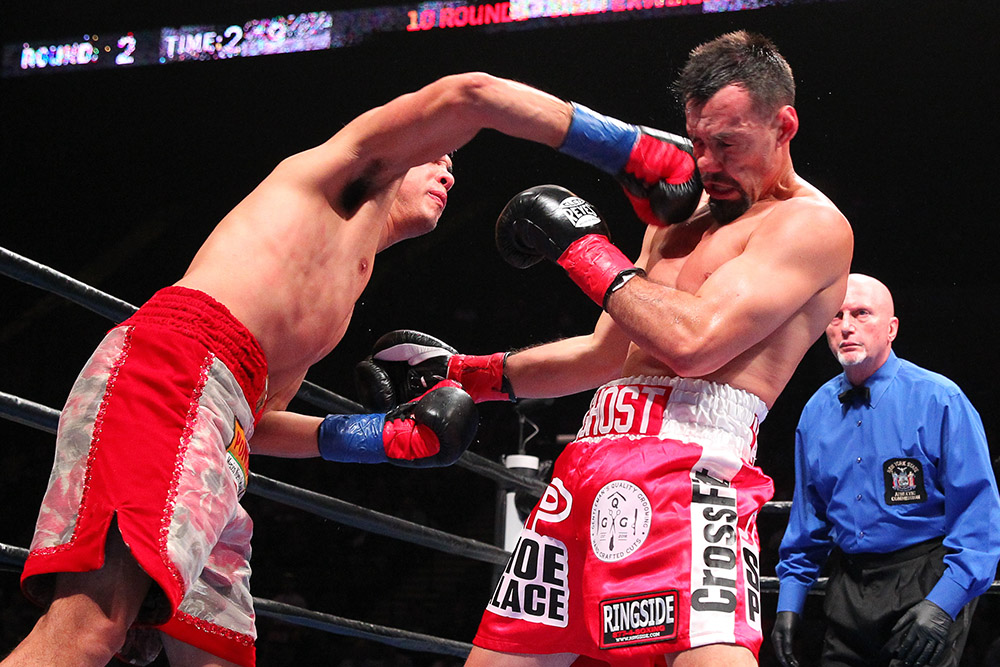 “We knew that it was going to be tough to accomplish but I had obviously trained to get the knockout,” Figueroa (27-0-1, 19 knockouts) said. “With my hands finally being healthy, we knew that it was actually possible.

The Texan couldn’t find his timing in the opening round, but he went to work with punishing, damaging blows thereafter.

He dropped the Gilroy, California, native with a short, devastating left uppercut in Round 2, and it was a surprise the “Ghost” even made it to his feet. 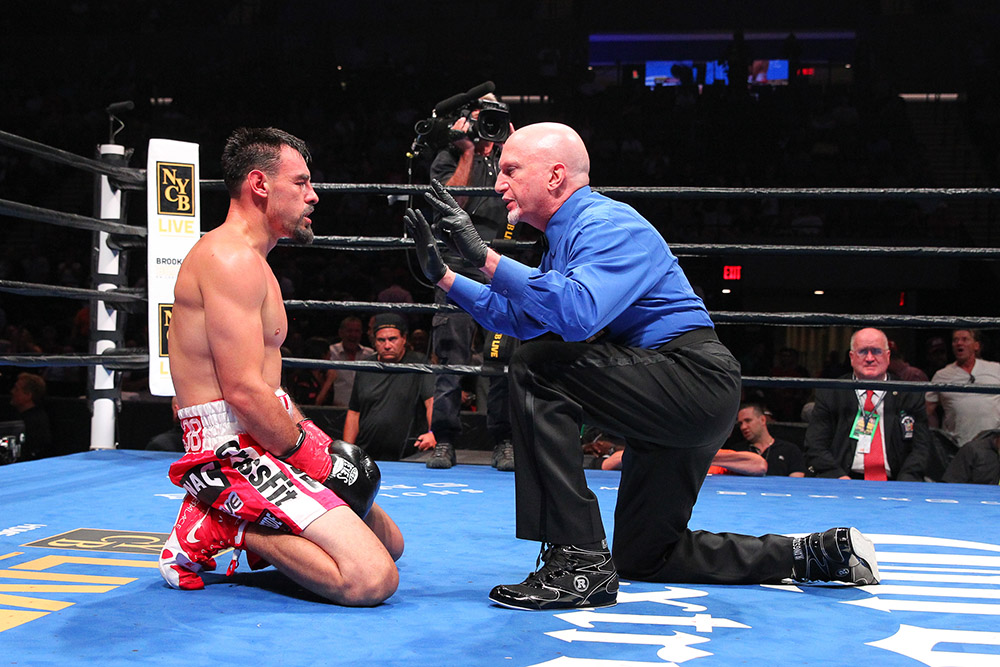 But Guerrero has always possessed guts in spades. His body simply could no longer match his will.

The former champion pushed forward and was able to bulldoze Figueroa into the ropes, and even appeared to buzz his foe with a right hand amid a barrage of shots. Figueroa weathered the storm and was able to turn Guerrero into a counter right hand that planted him on the canvas for a second time.

Guerrero made it to his feet yet again, but he could barely stand. Still, the fight ensured, and Guerrero soon found himself on the ground a third time, this time the result of a body blow.

Again, he made it to his feet, and mercifully, the bell tolled before he could absorb any more punches.

When Round 3 began, Guerrero shot off his stool and pushed Figueroa into the ropes and unloaded his clip. He winged big shot after big shot in a desperate attempt to bail himself out. But it was no use.

Figueroa planted Guerrero on the canvas two more times – five in all – and referee Ron Lipton halted the contest at 1:26 of Round 3. 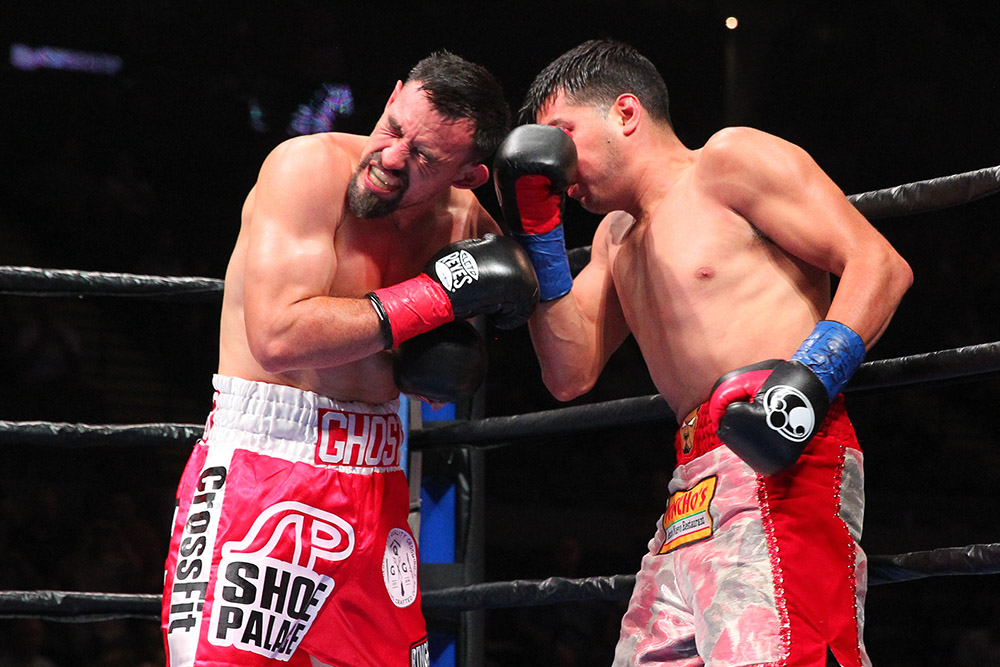 Figueroa connected on an astounding 77 percent of his power punches – 27 of 35 — in the final round. For the fight, he landed 47.6 of his power shots – he couldn’t miss.

“I think this kid is a tremendous talent, I think he factors into the mix at 140. I think he can be a force,” said promoter Lou DiBella. “I saw the difference with (new trainer) Joel (Diaz). He avoided a lot of punches. He moved more. There was a little more science from him. You take him down to ’40 and he’s in the mix.

“He’s good-looking, he’s incredibly well-spoken bilingually. He has a great-looking family. He’s got the package to be a star. This was a pretty good start tonight. I didn’t expect that kind of devastation against a pro’s pro in Robert Guerrero. It’s time for him to say enough.”

Guerrero headed to Nassau University Medical Center afterward as a precaution. Figueroa is traveling to a much different place if all goes well.

Now he just needs to stay active, and a performance like this will only boost his appeal.