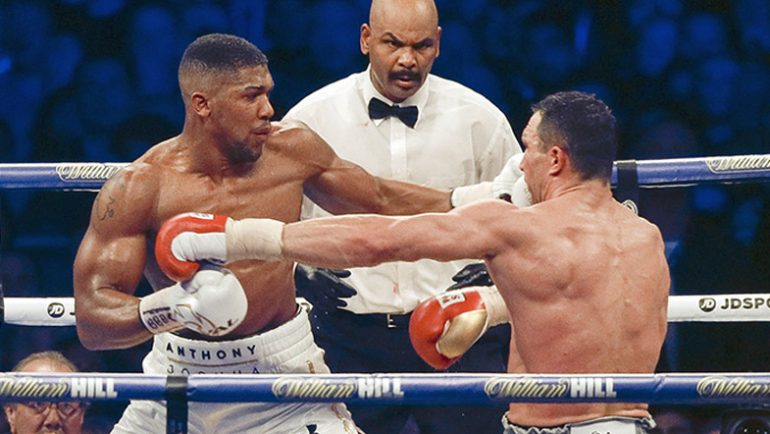 Wladimir Klitschko hasn’t formally exercised his rematch clause yet, but plans are well underway for the second meeting.

“We met with Richard Sturm and the team at MGM in Las Vegas yesterday and had a full tour of the T-Mobile Arena which is very impressive,” Hearn told Sky Sports. “There is a huge appetite from both sides to hold the rematch there and we will be talking further over the next week or so to see if that can become a reality.”

The future hall of famer has competed in Vegas five times before, but he’s never been party to a marquee event in the fight capital of the world. Hearn believes the allure of a Las Vegas fight could be appealing to the 41-year-old, who was stopped by Joshua in April in a heavyweight title classic. Of course, KLitschko must still agree to a second meeting.

Klitschko is on a two-fight skid after also suffering a decision defeat to Tyson Fury.

Joshua, on the other hand, is the new face of the heavyweight division, and perhaps even boxing. The charismatic Brit, at 27 years old, looks the part, and proved he’s the real deal with an 11th-round TKO of Klitschko. Joshua’s American debut is the next natural step in his progression to becoming an even bigger star.

Hearn expects to have a decision on the rematch, and, if it happens, a venue in the next couple of weeks.