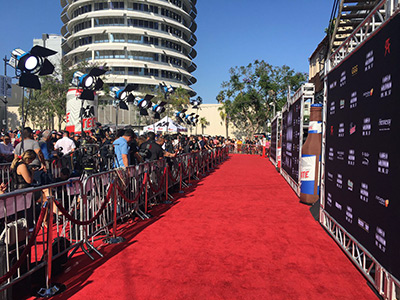 The hype brigade for the Sept. 16 Canelo Alvarez-Gennady Golovkin middleweight showdown put in the miles this week, hitting London, New York City and then Los Angeles to bang the drums for the “must see” collision of the year, or, the “must see” event that isn’t being billed as a “spectacle” or “exhibition.”

On Thursday, the principals did it up in LA, and the event had a red carpet Hollywood-y feel by design.

To kick off, you saw interviewer Jessica Rosales querying power brokers, and instead of asking about their attire, she tried to get and give a sense of the stakes up for grabs.

Tom Loeffler, the promoter for GGG, told Rosales that both sides are expecting a KO win for their guy. “I think with the excitement of this fight, this could easily be done two or three times, with the way these guys are going to go at it,” Loeffler said. 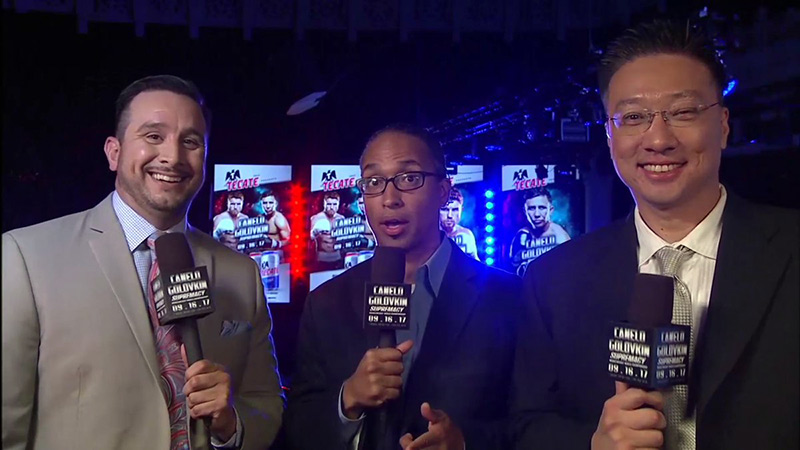 Beto Duran, Doug Fischer and Steve Kim analyzed on site, and helped move the proceedings along.

Rosales complimented GGG, who called LA, “My second town, this is my home.” Clad in a sharp and sassy red suit, the Kazakh said that Canelo “is the biggest guy in boxing right now..a special guy.”

This is his biggest fight to date, he said, and is looking forward to gloving up for the first time in Las Vegas. He was as always humble and fan friendly and respectful.

Kim stated this this clash is a star making turn for GGG, should he win, bringing him to a next level. Canelo with a win would be cementing his status as a real deal draw. 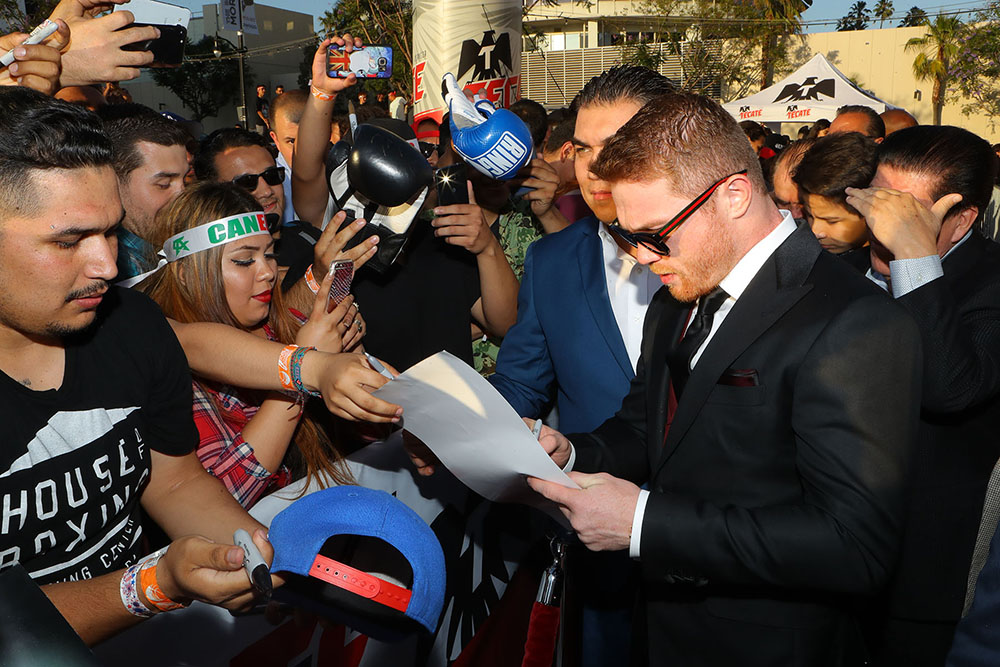 Rosales then chatted with Canelo, who spoke Spanish. Rosales queried and also translated. The fans have wanted this one, and he said it will be big for boxing.

“Without a doubt this is one of the biggest fights to go down in boxing history,” said the dashing pugilist, in a slim cut gray suit.

He looked in fighting trim and was, like Golovkin, low key, not one to stir up the pot with trash talk, aimed at his foe or any other persona in the fight game.

Fischer told watchers that haters were wrong, anyone saying this fight wouldn’t be happening have to eat their words. Kim said some wonder if at 35, is Golovkin past his prime. “Is he ready to take on a young, hungry fighter in his prime,” Kim wondered. 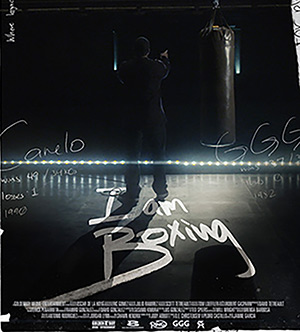 Promoter Oscar De La Hoya was then shown on a stage at the Avalon. He introduced a short film, “I Am Boxing,” narrated partially by Ice Cube. They showed the mini-doc, with promoter Don Chargin taking the lead in the feature. He drew on decades within the sphere and reminded, or told newbies, why boxing is such a majestic sport. The primary narration sounded like a mix of Dr. Smith from “Lost in Space” and the animated “Grinch,” and we saw glory day practitioners in pictured flashbacks while Chargin spoke of past triumphs and aligned that historical heyday to the Sept. 16 clash. We saw snippets from Canelo and GGG triumphs. And then Ice Cube told us that boxing is back.

After the film, Mario Lopez introed principals for a Q and A session from the Avalon stage. Lopez presided over the session, and we heard from Oscar, who was lauded by Lopez for no excess marination.

“What makes this event so special, is both fighters are in their prime… Just like Ice Cube said, they have fire in their belly…and they’re going to give you a great fight… as a promoter, this is a dream come true,” ODLH said, and added a reverent nod to the middleweight division. “It’s going to be 12 rounds of hell,” 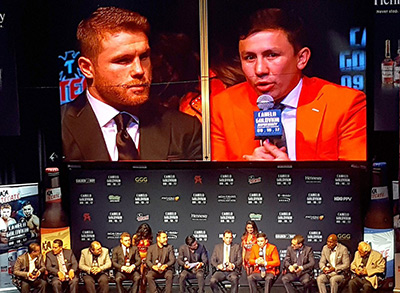 GGG was asked by Lopez how big this moment is. He thanked his fans, and said “I respect the sport, I respect boxing.” Canelo in Spanish said that this fight is the culmination of his 14 years in the biz.

Oscar then said this came together, despite people thinking it would not occur, with the help of Tom Loeffler. “The fans were demanding it and we delivered to the fans…This fight had to be made,” he said.

Canelo was asked about the perception in many eyes that he was afraid to fight GGG, and why it came together. These sets of fights take time to come together, but not 5 years, he said…and also, he has had no fear since he was born.

Will there be a KO, GGG was asked. “I don’t know, seriously. I believe this fight is the biggest fight for people in the sport,” he dodged. Canelo was asked for a prediction. He said the styles lend themselves to seeing a KO, he stated, and he’s gunning for that. 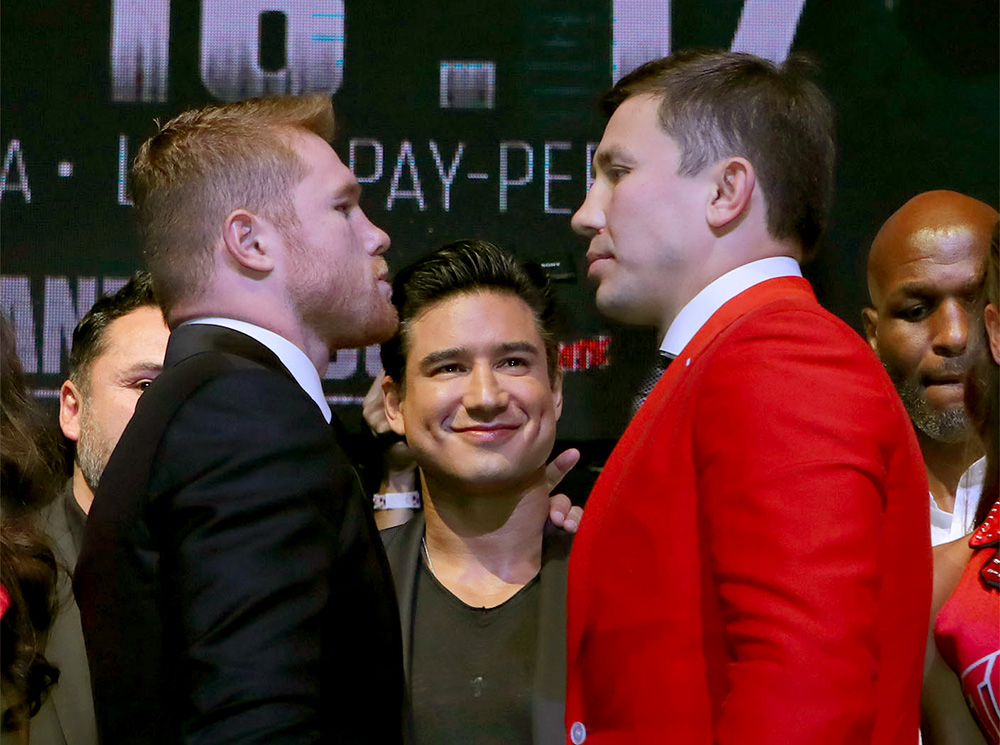 The main eventers then faced off, in a stare down.

Duran, Fischer and Kim then batted about their thoughts, to close.

Kim noted that GGG has grabbed many Mexicans, and some of them might not shift over to Canelo for this tango.

The event is tagged “Supremacy,” and why don’t we throw it to you, the fans. Who wins, and how? Talk to us!