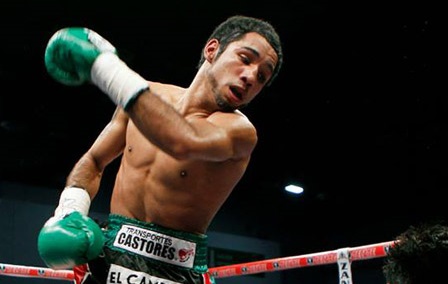 The 12-round bout will take place at the Shimazu Arena in Kyoto, Japan and will likely air on Azteca TV in Mexico and on tape-delay in the U.S. on beIN Sports en Espanol.

Nery (23-0, 17 knockouts), who resides in Tijuana, moved up the ranks in the division by impressively defeating modest opposition, especially over the last 18 months.

In his most recent bout on March 11, the southpaw Nery stopped Jesus Martinez of Colombia in a title eliminator. Martinez refused to come out for round five in a bout Nery was easily winning from the opening bell.

Nery’s most impressive victory occurred on October 22, when he stopped former two-division title challenger Richie Mepranum in the second round.

Other than being the mandatory challenger for the WBC title, Nery is also ranked No. 3 by the WBO and No. 6 by the WBA. He is ranked No. 7 by THE RING Magazine.

Nery has accumulated an unbeaten record with a high-volume of combinations and will take a significant step up in opposition when he faces Yamanaka, who resides in Tokyo, Japan.

Yamanaka, who is also a southpaw, scored a one-sided technical knockout victory in his most recent bout on March 2, overwhelming and stopping bantamweight contender Carlos Carlson of Mexico in round seven.