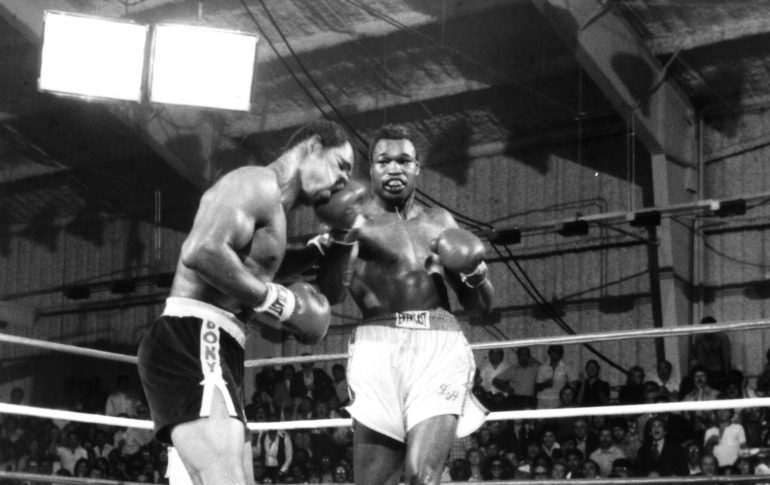 Editor’s Note: This fight report originally appeared in the September 1978 issue of The Ring Magazine.

Holmes, who calls himself “The Easton Assassin”, and Norton, sometimes known as the “Paper Champ”, made no secret of their hatred for each other in the weeks preceding the bout.

The personal enmity between the two fighters exploded at the opening bell – as Holmes came out swinging with his long left jabs – and Norton immediately countered with overhand rights and combinations.

The second through fifth rounds were evenly matched – with Norton constantly eluding the Holmes attack by covering his face with both gloves.

Holmes, however, managed to get through with some furious shots to Norton’s head and body. Ken countered with brutal combination punches and forced his opponent into a dance-around-the-ring strategy.

The sixth and seventh rounds saw Norton at his furious best – effectively ducking the Holmes jabs – and coming back with his own lethal lefts and overhand rights to the challenger’s body.

Holmes spent the latter rounds running away from his older opponent – while Norton chased him around the ring, catching the challenger with bombshell combinations.

Holmes appeared to be tiring by the 12th – but came back to fight a brilliant 13th round.

The 13th was all Holmes, as “The Easton Assassin” attacked with every bomb in his arsenal. Norton was weary and staggered as the bell sounded.

Norton, however, was back in command by the 14th round, and pinned Holmes to a neutral corner – where he pummeled him with a barrage of head and body shots.

The 15th and final round saw both fighters engaged in one of boxing’s most brutal battles.

Holmes hit Norton with numerous shots to the head – while Norton countered with several fierce uppercuts.

The Holmes fury staggered Norton momentarily but he recovered and countered with several vicious blows to Holmes’ head and body. 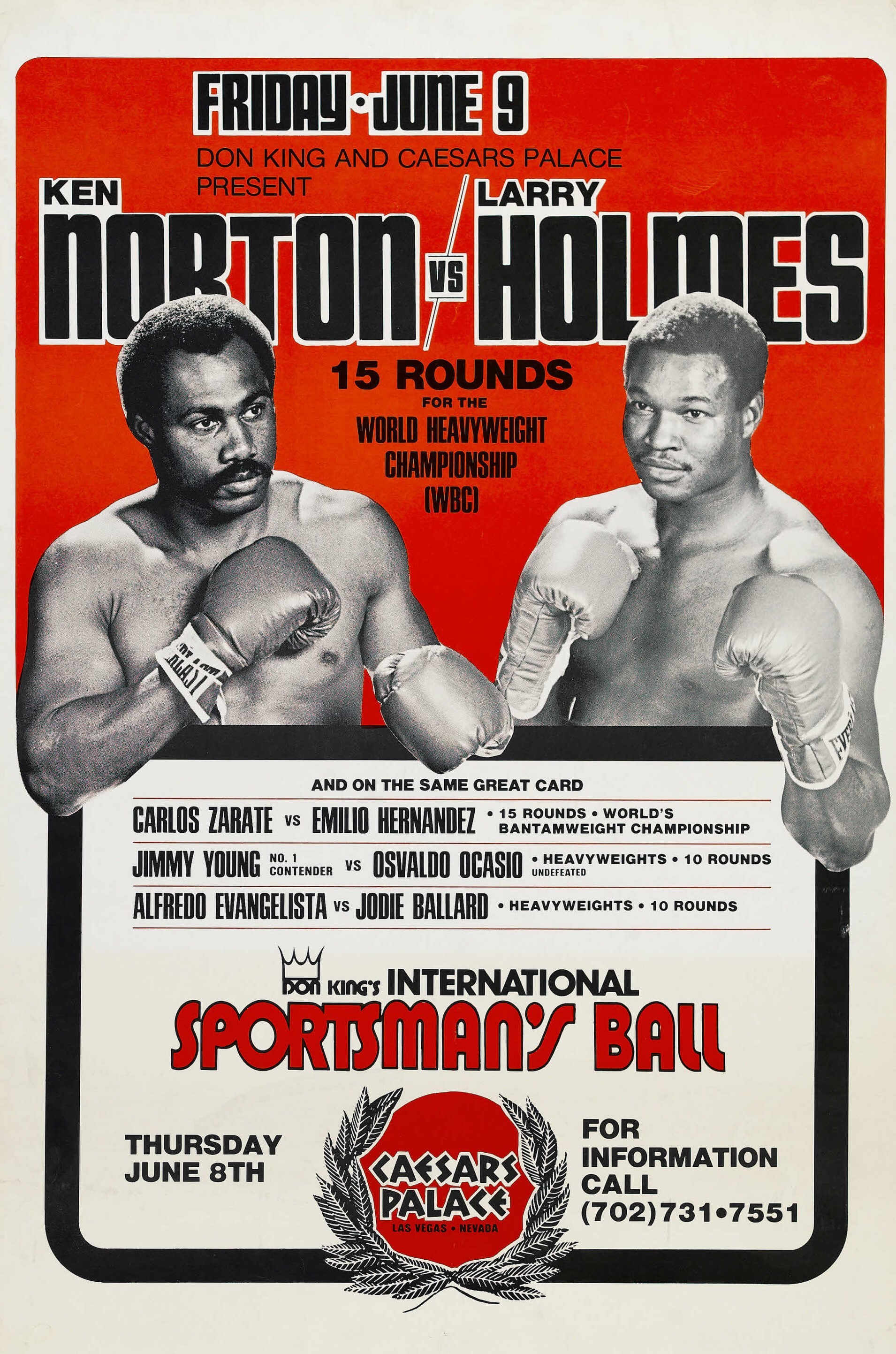 The scoring was identical on the cards of all three judges: 143-142. Judge Lou Tabat favored Norton, but judges Joe Swessel and Harold Buck gave the decision and the WBC title to Holmes.

The scoring was even after the fourteenth round on the cards of all three judges. Holmes won the final round on the basis of his more consistent, more effective jabs. The dissenting judge, Lou Tabat, awarded the round to Norton, stating that Norton’s punches were crisper – and his action more aggressive.

Predictions before the bout were divided among heavyweight experts. Former champion Joe Louis felt that Norton would score a knockout – on the basis of his superior strength and experience.

Jimmy Young, a heavyweight contender, stated at the noon weigh-in: “It’s pretty hard to pick a winner in this one. But if I had to make a choice, I’d say Norton. I know what Ken can do in the ring. Remember, I fought 15 rounds with him last November.”

Former heavyweight contender Lou Nova predicted a Holmes victory on the basis of the challenger’s youth, speed, and agility.

Holmes stablemate Jody Ballard was adamant as he shouted: “Larry will tear him apart!”

Following the fight, a dejected Ken Norton met the press; and stated: “It was a close fight – but I thought I won. I was saving my energy in the early rounds; and planned to come on strong in the later rounds. This was a mistake in judgement. I guess I just got caught relaxing.”

Ken went on: “I RESPECT Holmes as a fighter, but as far as my personal feelings toward him – that’s my own business.

“I thought I won this fight – just like I won the last Ali fight – although this one was much closer.”

Norton concluded: “I can’t change the judges’ decision, so we’ll have to put that in the past. I have absolutely no thought of retiring. And I’m game for a rematch with Holmes any time!”

Holmes was surprisingly humble in his after fight press interviews and paid tribute to Norton’s fighting ability.

“I never underestimated him,” said Larry, “but he was stronger than I thought.”

Their pre-fight enmity buried in the ring, Holmes continued: “Ken fought like a man – and he lost like a man. And he was man enough to come over and congratulate me.”

Holmes explained his victory: “I figured I won the early rounds with my long left jab. I gave him a few of the middle rounds, but you know how strong I looked in the 13th round, and I knew I had him in the 15th.

“I fought extra hard in that final round, because I wanted to give the people a good closing for this great show!”

Holmes stated that he had nothing to gain by fighting Norton again, and that he would tackle the winner of the Ali-Spinks rematch for the undisputed heavyweight championship of the world.

“But I’ll also fight anybody that comes along,” concluded Holmes. “I plan to be a fighting champion for a lot of years to come.”

The Norton-Holmes WBC heavyweight title bout was viewed by a capacity crowd of 5,600 at the Caesars Palace Sports Pavilion. With tickets going at $200, $150 and $50… the house was sold out days before the fight. Caesars Palace then installed closed-circuit television where 1,500 more fans viewed the fight for a $15 tariff.

(Home television was blacked-out in Nevada.)

The bout was televised by ABC throughout the United States and in several foreign countries. Ringside commentators were Howard Cosell, and the veteran New York referee Arthur Mercante.