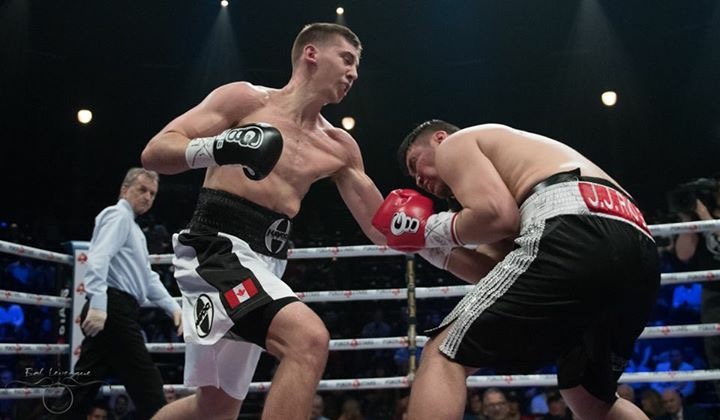 Photo by Bob Levesque
31
May
by Anson Wainwright 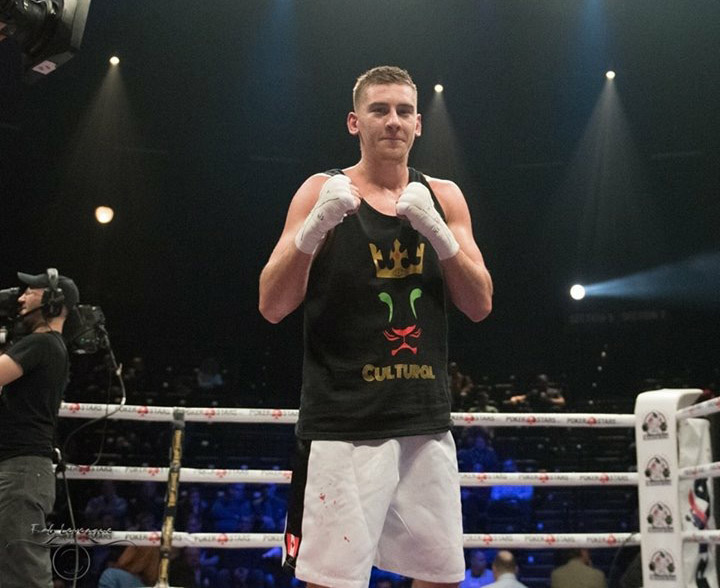 Best night of pro career: Bredicean was particularly impressive against Francisco Rios, who outweighed him by over 10 pounds. It didn’t matter; Bredicean stopped him at 0:20 of the second round.

“[My] last fight with Rios,” Bredicean told RingTV.com. “I really grit my teeth when I had the bigger guy hurt. My pace was intense and was picking up every round.”

Worst night of pro career: The 23-year-old is least pleased with his performance against a journeyman in October 2016.

“Probably, Baptiste Castegnaro,” he stated. “A guy who’s never been stopped and survives by holding and clinching. But I grew a lot from it. Not every fight is pretty; I even learned from the ugly ones.”

Next fight: Bredicean will face Eduardo Tercero on Saturday over eight rounds on the undercard of Adonis Stevenson-Andrzej Fonfara II at the Bell Centre in Montreal.

“It’s a terrific card to be part of,” he said proudly. “Eyes from all over the world will be watching and paying attention that night.

“To the best of my ability I’m going to take advantage of displaying my qualities and skills as an up-and-coming boxer while on a stage with this much hype.”

Tercero (9-7-1, 7 KOs) has fought just twice in the past 18 months, both losses. He hasn’t fought anyone of note and Bredicean will be looking to improve his knockout record with a stoppage — likely coming in the second half of the fight. 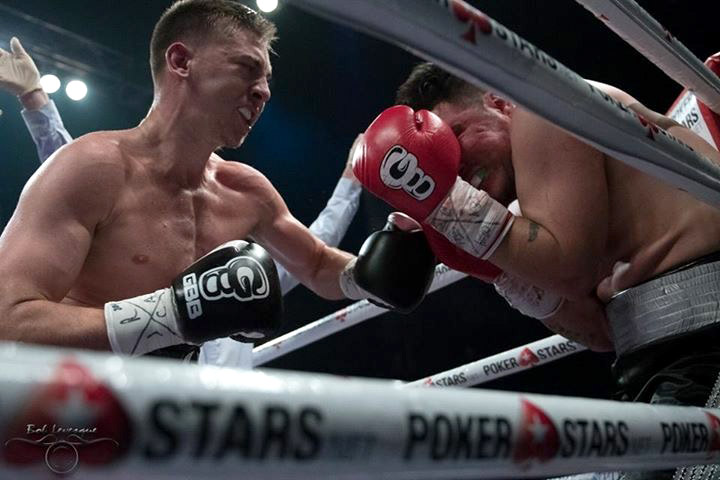 Why he’s a prospect: Bredicean didn’t have a stellar amateur career, though did win the P.A.L Florida State Tournament at 165 pounds.

Working with so many different styles will help Bredicean as he looks to move from prospect to contender status by the end of the year.

Bredicean possesses good skills, nice size for a 168-pounder and a southpaw stance that will continue to cause problems for his opponents as he steps up.

Above all of his positive qualities, being adaptable appears to be key.

“I feel my quick reflexes and ring intellect and being able to predict what my opponents next move will be [are important],” he said. “But being open-minded to learn more is probably the most effective attribute in my arsenal.”

Why he’s a suspect: The first thing you notice about Bredicean is his less-than-impressive 31 percent KO ratio — only four stoppages among his 13 pro fights to date.

He doesn’t feel there to be one particular area that needs to be focused on.

“Everything needs work and always will,” he said. “My trainer sees a lot of underrated power in me and is showing me how to use it.

“He has made me a big believer in my physical strength and we are just beginning to display it, day after day.”

Storylines: Bredicean was born in Chicago to a Romanian immigrant father and Polish mother. He has a younger brother, Bruno, who is also a professional boxer. Early in their lives they didn’t have much and lived in a tough neighbourhood on the south side of Chicago.

“My parents didn’t see a lot of opportunity for their two boys,” he explained. “Thankfully, we don’t remember much of that.”

And so his parents decided to move south to Florida, settling in Cape Coral.

“The move to Florida was the best decision we ever did as a family,” he said. “I can only remember good times in my childhood with a close-knit family.”

Bredicean grew up in a fighting family; his father and uncle were kickboxers. His father wanted to see if the brothers had the ability to box so when Dario was 12, they got their introduction. 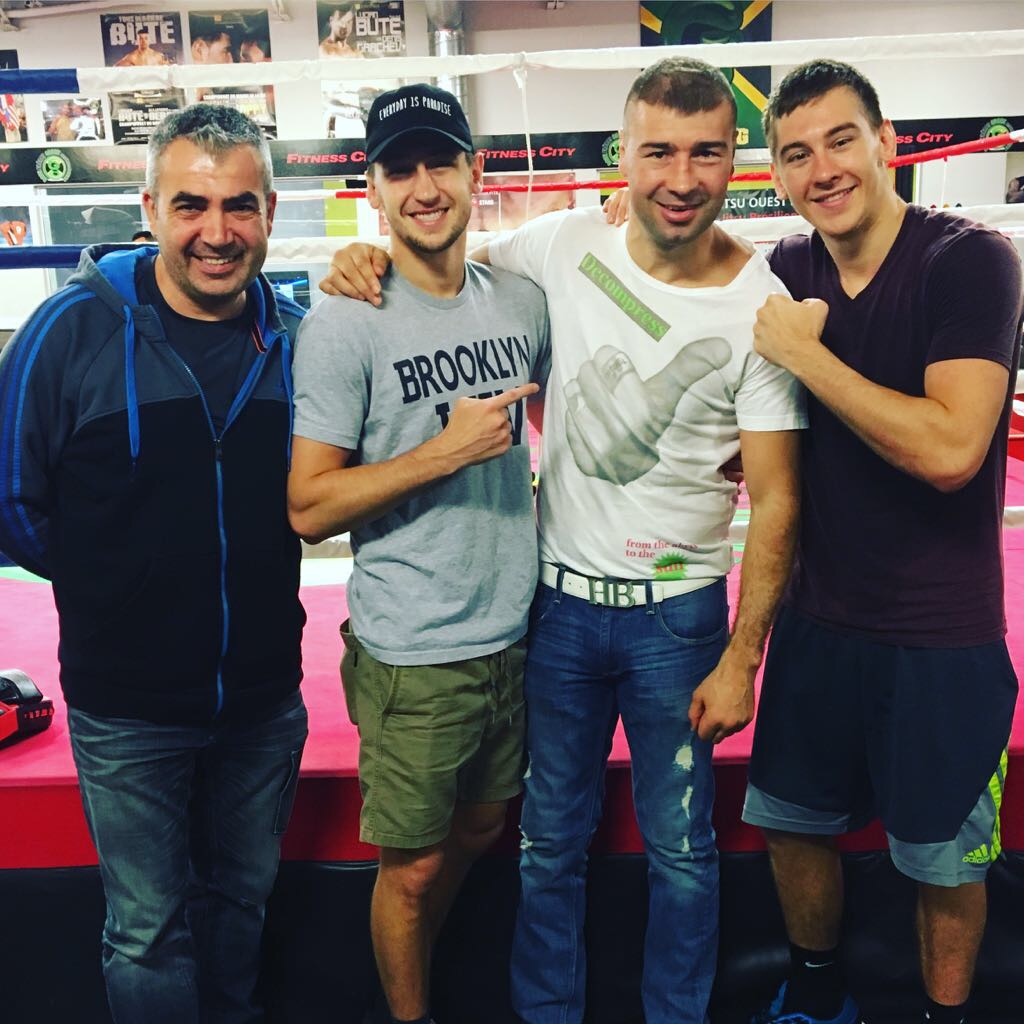 “My dad brought my brother and I to a local gym in Fort Myers,” Bredicean said. “I had never seen anything like it. An awful gym smell, duct tape on the bags, blood stains on the canvas, kids in there with house-arrest anklets that used boxing to keep them out of trouble.”

Initially, the youngster didn’t feel like he belonged there and was terrified.

“My dad said if we don’t want to come back after a week, he will never ask us to try boxing again,” he reminisced. “We never stopped going again and here we are.”

Boxing manager and fellow Romanian Chris Ganescu, famed for his work with Lucian Bute, had known the brothers since they were teenagers. Bredicean’s first six fights took place in Germany but things didn’t work out, so Ganescu became involved, though it wasn’t until Bute’s fight with DeGale in November 2015 that the relationship became official, with Ganescu and Bute acting as co-managers.

Bredicean’s goals are simple: “To get better, every day. But very soon, I want to knock on the door of contender status. I’m a young and hungry fighter with loads of potential, ready to display it on the top guys. I’m ready to be a problem for anyone I’m in the ring with.”

Away from boxing, he likes returning to Florida to eat his favorite foods and go to the beach with his friends. However, he doesn’t overindulge.

“I never stay too far from the ring,” he said. “I’m always back in the old gym, helping out the young kids from my city. I love watching the younger ones box — always brings me back to how I started and fell in love with the sport.”