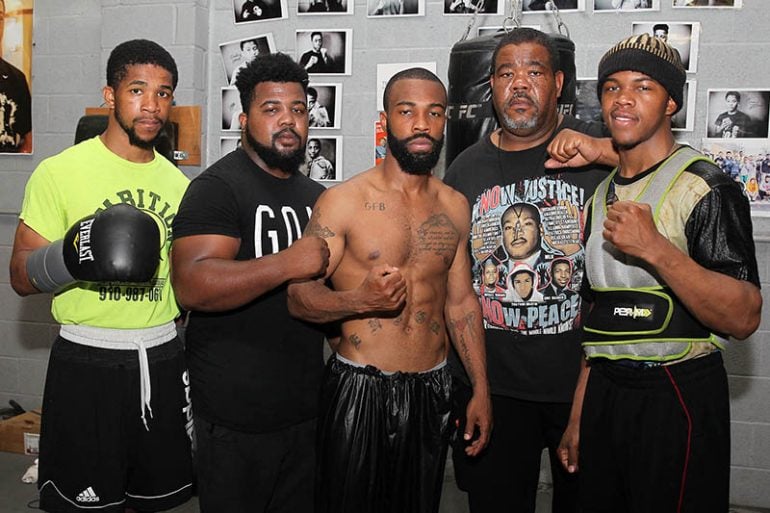 There are days when Gary Russell Sr. just can’t move. He’ll sit there in the gym, his feet throbbing, his head pounding, his vision blurred – all of the symptoms that usually come with type 2 diabetes – the times when just standing is a chore. Yet, he’ll summon the strength to get up. He’ll shuffle over to the heavy bag, or slowly ascend the rickety wooden steps to the ring to be there with his sons: Gary Antonio, or Gary Antuanne, or Gary Jr.

Gary Sr. will lean against the top rope to support himself, glance up from behind tired eyelids – but he’s there. He’s always been there for his sons. That’s never changed. It never will.

It’s why Saturday will mark such a special occasion for Gary Sr., Gary Antonio, Gary Antuanne and Gary Jr. It’s Gary Sr.’s 58th birthday, and he’ll celebrate it by working the corner of all three of his boys for the first time.

Gary Jr., the WBC featherweight titleholder, will take on Oscar Escandon (25-2, 17 knockouts) in the main event of Showtime’s Championship Boxing this Saturday, May 20, at the MGM National Harbor in, Oxon Hill, Maryland. What makes it a family affair is that Gary Jr. (27-1, 16 KOs) will be joined on the card by Gary Antonio (7-0, 5 KOs) and Gary Antuanne, who is making his pro debut.

“It’s going to be a busy night,” said Gary Sr., laughing. “You know, all through the amateurs, it’s been one or two, but never all three boys. This will be a first. I’m looking forward to it. I know there will be some drama going on, because if something is going to go wrong, it’s going to go wrong. I hope the fights are scheduled far enough apart where I have some time to get back and work each one of my sons.

“I’m proud of my boys, and Jr. will be helping, too, but he has to prepare for his fight as well. It will be challenging. It’s a lifetime situation. … I will be glad when this is all over. Antuanne is making his pro debut. This makes me think back when it all started.”

Back when Gary Sr. took his oldest son, Gary Antonio Jones, to a local recreation center. He wanted to steer his son in a different direction than where he saw other kids going in the Capitol Heights, Maryland, area just outside of Washington, D.C. But the Russell family introduction to the sport wasn’t exactly a smooth one. 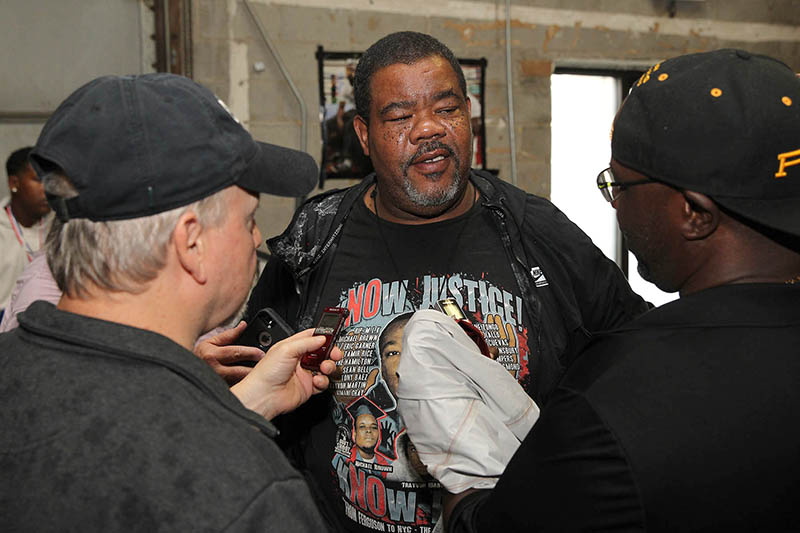 “This guy comes out to me, in front of my son, and says to me, ‘This boy can’t fight, and in order for me to train him, you’re going to have to pay me,’” Gary Sr. recalled. “I told him that I’ll train him myself. From then, I started training my sons myself. My younger sons would run with us, and the younger boys would watch what my oldest boy was doing. They started picking it up.

“After that, the rest of the boys just followed. I have six sons, and three boys outside my marriage. My second son, Devaun (Drayton), was killed 13 years ago. He was going to have a promising career. I had it all arranged with a friend of mine in Florida, Milton LaCroix, who was going to take him down with him to get away from the streets. I buried Devaun with the plane ticket in his pocket, because he was supposed to leave the next day. There isn’t a day that goes by when I’m not thinking about him.

“Devaun would have been a world champion, an Olympic medalist, and he was murdered in cold blood. It does take a piece out of you. Life goes on. What I tell all of my boys is the only things you can count on is death and God. You believe in God and time is going to keep moving on.”

He’ll be doing a lot of moving on Saturday night. It helps that Gary Sr. knows his sons so well, in and out of the ring. The Russells are a very close-knit family. If you see one, you’ll see the others. They’re inseparable. All of the Russell boys are straight-up, respectful young men. And in Gary Sr., they all have a great example from which to derive strength.

Gary Sr.’s three sons are fighting Saturday night, yet he’ll be the busiest man in the building. Two years ago, he suffered a stroke. He often feels weak in the summer. He takes two types of insulin and a variety of pills. Sometimes it’s difficult to walk because of neuropathy. He never complains. When his sons tell him, “Dad, it’s okay, you can take the day off,” Gary Sr. doesn’t want to hear it. He doesn’t believe in off-days – not when it comes to his sons.

“Antuanne is making his pro debut, but he’s an old soul. He’s going to be fine. And Antonio will have a challenge Saturday night, so we’ll see what happens there,” Gary Sr. said. “Gary Jr. is going to be fine. We know Escandon will come forward. He’s real aggressive, but he’s really short. He likes to win using pressure, and that’s how he’ll try and beat Gary.

“That’s not going to work. He’s never met anyone like Gary. There’s no way in the world he’s going to be able to beat Gary on Saturday. We have a saying: ‘It doesn’t matter, we gotta get it done!’”

“My father is a very special man,” Antuanne said about Gary Sr. “I’ve seen him go through strokes and bounce back, when his speech was slurred and his hand-eye coordination was off, but he would die before leaving the gym so he could better us. He would hate to see any of us fall flat on our tails without anything to fall back on.

“There are days he could take off and he’s still there. That’s every day, to be honest. You see him exhausted, he’s up all night because he can’t sleep, and now that we’re in training camp you have to make sure that you’re in the right frame of mind – not to mention all of the organization that goes into a major fight, making sure we have everything that we need. He’s constantly working, constantly making sure we have everything.

“We have a lot of men out there who are fathers, but aren’t parents. My father would give an arm and a leg for us. He’d die for us, so you have to do everything for him. Any man can make a baby – any animal, a dog or a wolf, can make babies. But it doesn’t make them a parent. My father has always been a parent, and my father not only groomed us to be well-rounded, but he’s given us this fantasy of order how things should be, and it’s become our reality. It started through his actions.”