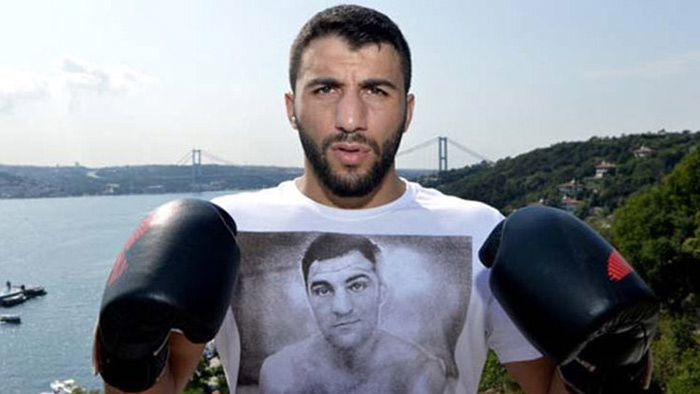 13
May
by Francisco Salazar

The fight almost began a day early at Friday’s weigh-in. Both fighters pushed each other during the stare-down, eventually throwing punches before having to be restrained by their respective camps.

Periban, who resides in Mexico City, had won his previous five bouts after losing to the likes of Sakio Bika, J’Leon Love, and James DeGale.

Yildirim’s claim to fame was grinding out a close decision victory over Glen Johnson in his sixth pro fight in August of 2015.

From the opening bell, Yildirim was on the attack, attempting to walk Periban down. Periban was effective at countering Yildirim with combinations, especially with left hooks to the head and body.

The constant pressure began to take its toll on Periban by the sixth round. Yildirim was successful in closing the distance, eventually scoring with left hooks of his own.

By the eighth round, Periban’s punch output had dropped considerably. He looked lethargic and was receiving more brutal punishment from Yildirim with each passing round.

Yildirim scored the only knockdown of the fight near the end of the 11th round. A series of punches punctuated by a right hand, dropped Periban to the canvas. Periban was not visibly hurt while he was stood up, making it out of the round.

Yildirim went for the knockout in the final round, landing a series of combinations to the head, but Periban fought back, clenching at times when Yildirim had him in danger.

The southpaw Arrazola (26-12-3, with 13 KOs) came to fight, but Chavez was busier and landed the more effective punches.