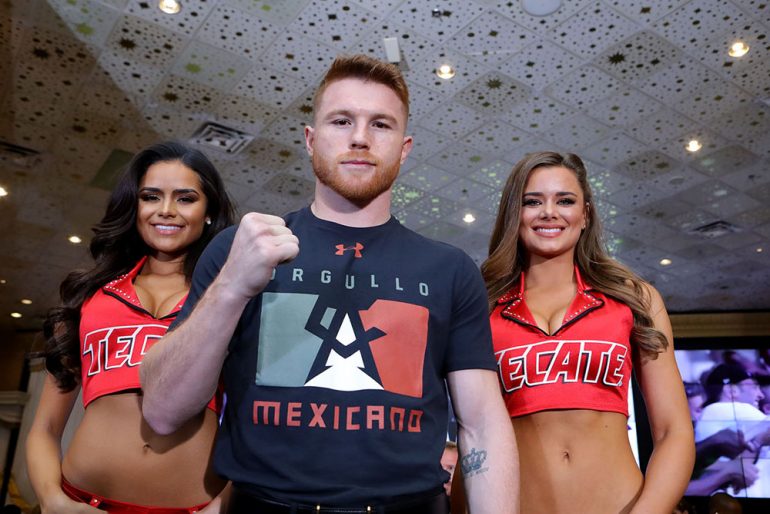 It was recently reported that Canelo Alvarez had dismissed the special “Cinco De Mayo” title that the WBC had prepared for the winner of Saturday’s pay-per-view fight between Canelo and Julio Cesar Chavez Jr. in Las Vegas.

Canelo confirmed when speaking to reporters upon his arrival at the MGM Grand on Tuesday afternoon that if he should be that winner, he would not accept the title. 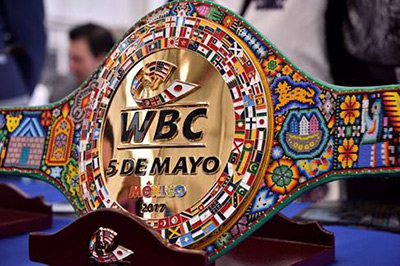 “From the very beginning the WBC wanted to be involved in this fight and we said no because this fight is not for a world title,” Canelo said. “We knew something was going to come up. [Mauricio Sulaiman] came up with this belt and they used it against me so I can look like the bad guy.”

Canelo’s rift with the WBC dates back to when Canelo held their middleweight title after defeating Miguel Cotto in October 2015. The WBC instituted a 15-day deadline for Canelo to come to an agreement with Gennady Golovkin, then the holder of the WBC’s “interim” belt, for a highly anticipated middleweight unification bout following agreed-upon voluntary interim bouts in the first half of 2016. However, Canelo refused to be forced into making a decision on short notice and relinquished the title (after defending the belt against Amir Khan last May) while delivering some harsh words aimed at the WBC.

Instead of fighting Golovkin, Canelo moved back down to junior middleweight and defeated Liam Smith to claim the WBO title. During the build-up to this weekend’s fight, Chavez Jr. berated Canelo for disrespecting the WBC.

“I won that title based on sacrifice, hard training and beating a great fighter like Cotto just so [Sulaiman] can hand it over to a guy who didn’t even fight for it? You’re going to tell me that’s respectful?” Canelo asked incredulously. Although he wouldn’t go as far to say that he would refuse the WBC in future fights, Canelo has made his stance clear and he doesn’t appreciate how the WBC has handled the situation.

Canelo Alvarez on the WBC belt from Golden Boy Digital on Vimeo.

“The WBC is saying I’m ungrateful. I’m very grateful and very loyal. But [Sulaiman] was pressuring me on a 15-day basis to make a decision on GGG and I had problems in Miami,” Canelo said, referencing his lawsuit with All-Star Boxing. “He made it look like I was afraid of GGG.”

As for a possible fight with Golovkin, the current holder of the WBC, IBF and WBA middleweight titles, Canelo, who is still recognized as the lineal and RING champ, has reiterated his interest and hopes to resume negotiations after the fight this weekend.