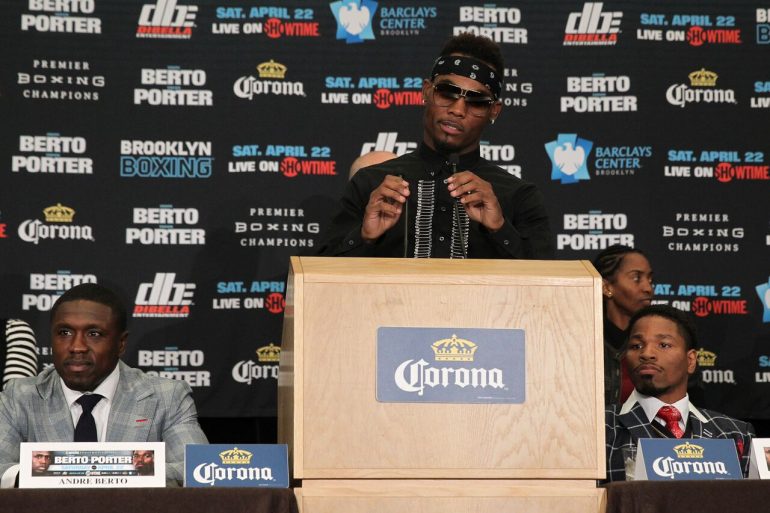 Jermell Charlo plans to add a little family star-power to his corner on Saturday when he defends his junior middleweight title against mandatory Charles Hatley at Barclays Center in Brooklyn in the Showtime co-feature.

Charlo (28-0, 13 knockouts) revealed that twin brother and former belt-holder Jermall Charlo will work his corner with head trainer Derrick James during the final press conference on Thursday, the first time that Jermall has appeared in his corner. “It’s awesome and it’s a great thing, I can’t wait for it to happen,” Jermell told RingTV.com following the presser. “It was just a question that I asked him and he said yes and I was in agreement to it and I’m ready for it. I feel like it’s just the right time. We push ourselves and work so hard for this fight, having my brother in my corner will just make it so much better.”

Jermall Charlo vacated his junior middleweight IBF title in February to move up to 160 pounds, unable to secure any big-ticket fights at the weight, following an impressive fifth-round knockout of Julian Williams in December. Jermall was seated in the front row of Thursday’s press conference in Brooklyn but declined comment when he was approached. “It’s not my fight,” he said. “I’m not doing any interviews.” Chattiness wasn’t an issue with his brother and Hatley (26-1-1, 18 KOs), both residents of Texas who trash-talked throughout the whole presser, causing promoter Lou DiBella to ask for a little decorum among the camps, suggesting the fight could be fought on personal terms.