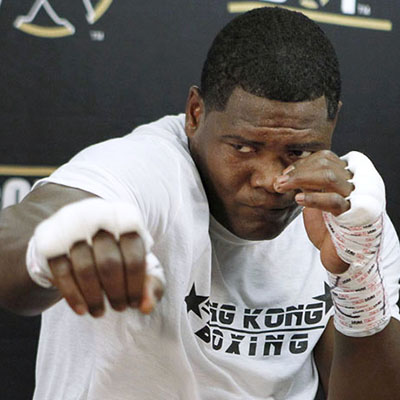 Heavyweight contender Luis Ortiz has signed with powerful manager Al Haymon and will fight April 22 at Barclays Center in Brooklyn on the undercard of Shawn Porter-Andre Berto, RingTV.com has learned.

It’s not clear who he will fight or if Ortiz will be a part of the Showtime telecast, which also includes junior middleweight titleholder Jermell Charlo’s defense against mandatory Charles Hatley. But the Cuban heavyweight signed with Haymon on Wednesday, and he will be on the April 22 card, a source told RING on Wednesday, adding a bit of buzz to the event. Porter-Berto is a WBC welterweight world title eliminator.

Ortiz (27-0, 23 knockouts) is a former Golden Boy Promotions’ fighter who signed with Matchroom Boxing’s Eddie Hearn last October after negotiating his release. Ortiz, 38, signed a two-fight deal with Hearn, the promoter confirmed in an email to RING. The heavyweight has already fought twice under Hearn, first a 12-round decision victory against Malik Scott last November and most recently, a seventh-round stoppage over David Allen in December.