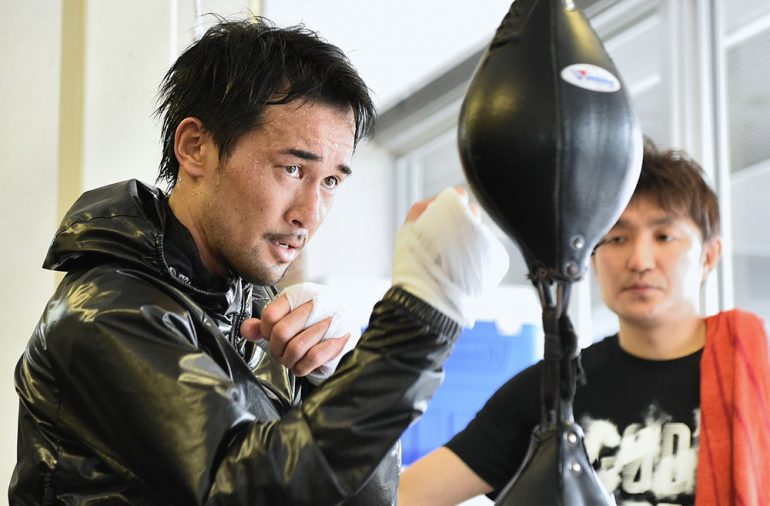 Shinsuke Yamanaka extended his bantamweight title run to 12 defenses with a seventh-round technical knockout of the thoroughly outclassed Carlos Carlson on Thursday at Kokugikan in Tokyo, Japan.

Yamanaka, the RING and WBC bantamweight champ, scored a total of five knockdowns before finishing off Carlson (22-2, 13 KOs) 57 seconds into the seventh, with two judges scoring the fight 60-51 at the time of stoppage, while a third saw it 59-52.

Yamanaka (27-0-2, 19 knockouts) controlled the range from the outset with his consistent jab, making Carlson pay with heavy left cross counters when he tried to get inside and work. By the second round Carlson was bleeding from a cut under his left eye, and it wouldn’t get easier for the Tijuana, Mexico native from there.

An increasingly frustrated Carlson threw Yamanaka to the canvas in the third round moments after being hit with yet another left cross to the face. Carlson would head there the following round, the result of a herding right glove as Yamanaka stepped around, and followed moments later by another push, which told the story of Carlson’s increasingly weary legs.

Carlson hit the canvas again early in the fifth round, this time the product of a perfect left cross counter as he lunged in. Carlson rose up but had still not recovered when he was dropped 30 seconds later while trying to steady himself along the ropes. Carlson survived the remainder of the round and even stunned Yamanaka with his own straight left, keeping him on the defensive for the final 30 seconds of the round.

Just 40 seconds into the sixth round, a Yamanaka left connected with Carlson as he laid his head on his left side moving forward, sending Carlson down for a third knockdown. Yet again, Carlson rose up and continued to fight harder.

By the seventh round, Carlson’s fight had been sapped out as he was knocked down for a fourth time, getting back up reluctantly before referee Ian John Lewis waved it off after a fifth knockdown.

At age 34, Yamanaka is rated number nine by RING on the pound-for-pound list and is just four shy of tying the division record for most defenses set by Orlando Canizales.

Also on the card, Brian Viloria (37-5, 22 KOs) returned from 15 months out of the ring to win a competitive but unanimous decision over Ruben Montoya (14-5-1, 9 KOs) by the scores of 78-75, 78-74 and 77-75. Viloria, a former WBC junior flyweight and WBA/WBO flyweight titleholder, was fighting for the first time since his ninth round technical knockout loss to Roman Gonzalez in October of 2015.

The 36-year-old Filipino-American was making his debut under the Teiken promotional banner, admitting he was “a little rusty” but says he’s hoping to fight another tune-up or two before challenging for a flyweight title.