Quillin said it was ‘super awkward’ training alongside Jacobs 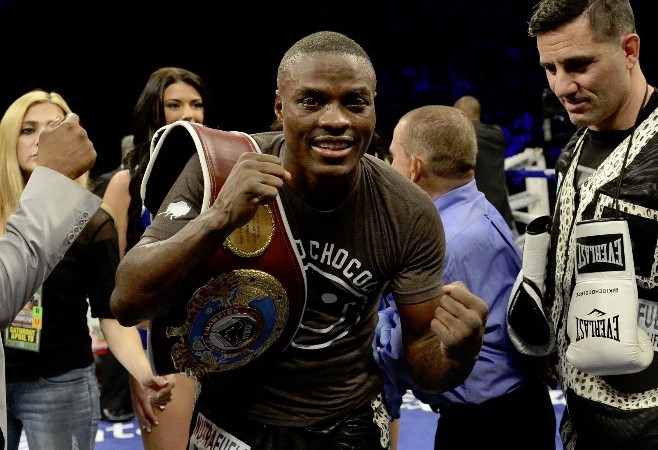 Peter Quillin admits it was “super awkward” training alongside Danny Jacobs at Virgil Hunter’s gym in Oakland, California after Jacobs stopped him in the first round in December of 2015. Quillin, who is targeting a return in April around 168 pounds, is trained by Hunter and Jacobs worked with Hunter at his gym in preparation for his fight with middleweight champion Gennady Golovkin on March 18. There were instances when the two worked out at the same time, though never together.

“I was super awkward about it at first,” Quillin told RingTV.com on Wednesday at Gleason’s Gym in Brooklyn, on hand to support a public workout by stablemate Andrzej Fonfara, who faces Chad Dawson on Saturday at Barclays Center. “I told Virgil and Virgil always reminded me, the way the fight went down, I should never feel bad about myself or feel bad at all because that can happen to any fighter in the first round. It also showed me what kind of man I can be — being in the same room as the man who beat me. It just lets you know what kind of sportsman I am.”

Quillin said he’s in the process of finalizing his first fight since the bout with Jacobs. Giovanni Lorenzo has been mentioned as a possible opponent. “They said around April,” Quillin said of his return bout. “It will be definite when I sign the contract. It will definitely be at a catch-weight since I took so much time off and then from there we’ll see where I’m going to campaign at.”

Jacobs stopped Quillin in stunning fashion, hammering him with a right hand and causing the referee to waive the fight off at 1:25 of the first round to hand Quillin his first loss. Quillin (32-1-1, 22 knockouts) said Hunter notified him ahead of time before Jacobs arrived to warn him that he’d be sharing the same gym. “He wanted to know what my take of it was,” Quillin said. “I said, ‘Virg, I don’t tell you how to make your money.’ And he said, ‘It’s not about the money.’ So I respected him for even giving me the call. I had a nice talk with him.”