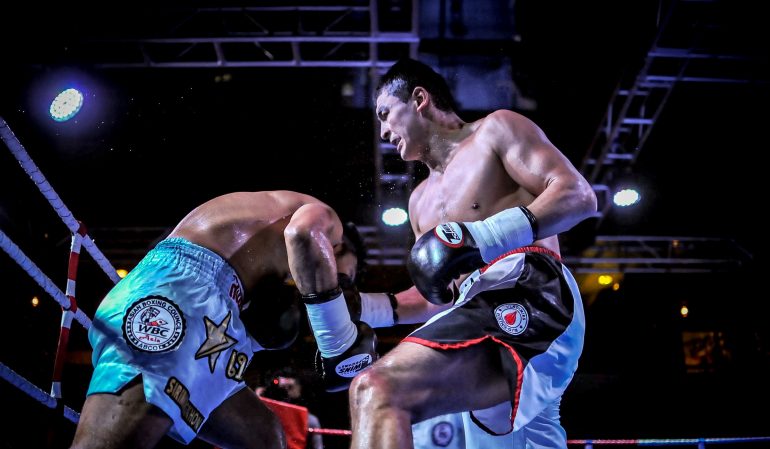 On Friday, Azizbek Abdugofurov (5-0, 4 knockouts) outpointed former two-division titleholder Sirimongkol Singwancha (91-3, 57 KOs) over 12 rounds at middleweight, before a small but intimate gathering at The Pavilion in Far East Square, Singapore.

Abdugofurov dropped the grizzled Thai veteran in the early rounds but was unable to stop him. He went on to win a spirited unanimous decision by scores of 119-108, 116-112 and 115-112.

The gifted 24-year-old, who hails from Uzbekistan, was extended the distance for the first time in his fledgling career and, perhaps naively, expected an early victory.

“I expected to end it fast,” Abdugofurov told RingTV.com through manager Vikram Sivapragasm, “but the dehydration to make weight and the immediate rehydration process was not done as usual. My management takes full responsibility for this. By round four, I couldn’t throw heavy punches. And furthermore, Sirimongkol’s experience and recovery was really amazing.

“I am not very pleased with this fight but I learned a lot. Going 12 rounds for the first time, now I know I really need to train on stamina and make sure I don’t lose too much in making weight.”

Armed with a strong amateur pedigree, which included over 250 contests in the unpaid ranks, Abdugofurov entered the professional ranks last May.

He won his first four bouts easily before the step up against Sirimongkol, who, despite being 39 years old and above his natural weight class, had the know-how to make life more difficult than expected.

Prior to this bout, the fighter known as “AAA” had just 10 professional rounds under his belt and, as he himself acknowledged, this was definitely a learning experience.

Now, Abdugofurov is heading back to Uzbekistan where he and his team, including stablemate Qudratillo Abduqaxorov (10-0, 7 KOs) – who scored a routine third round stoppage win on the same card – will update their visas before flying to the Philippines. They will both prepare for separate fights on March 25, back in Singapore.

The experience was also vital to the fighter’s venerable manager, who openly admits their mistakes but takes positives from winning, despite not being at their best.

“I spoke to Sirimongkol on what he thought of Aziz. He told me Aziz has a very strong punch but, after the fourth round, Aziz was fading,” explained Sivapragasm. “Furthermore, Aziz has many openings but Sirimongkol couldn’t capitalize.

“I personally feel this is an incredible learning experience for Aziz. Now he knows what world champions are made of. At the same time, we acknowledge that we too, in our learning curve, should have provided better assistance to Aziz on his rehydration.”