Arum wants Crawford to fight away from home May 20, unlike Ward 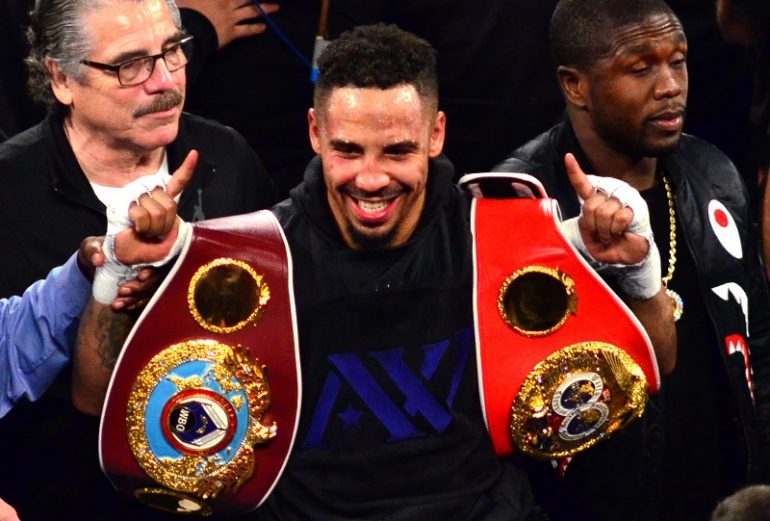 Unified junior welterweight champion Terence Crawford has a May 20 date on hold at HBO, but it likely won’t take place in his hometown of Omaha, Nebraska as officials try to expose him to different markets — contrary to what has happened in the career of Andre Ward, Top Rank promoter Bob Arum told RingTV.com on Thursday.

Arum listed Texas and Los Angeles as possible destinations for Crawford’s next bout. But the veteran promoter would like to move away from Omaha so that the same people don’t always see him, and he referenced the whereabouts of Ward, who has fought mostly on the West Coast, including eight times in his hometown of Oakland, as an example of what they hope not to do with Crawford.

“That’s what has been reported but that’s the one place we weren’t considering,” Arum told RING of Crawford fighting in Omaha. “Now could we consider it? Yeah, but with Terence we want to make sure we have him fight in different places and not, like they did with Andre Ward, in one place, even though we do tremendous gates (in Omaha) and everything. And Terence’s last fight was in Omaha. So, I think the plan is, if we can, to put it someplace else.”

Crawford (30-0, 21 knockouts) will likely take on either WBC mandatory challenger Antonio Orozco (25-0, 16 KOs) or the highly regarded southpaw Felix Diaz (19-1, 9 KOs), Arum said. “We don’t have a site yet. We don’t have an opponent,” Arum acknowledged. “He has two titles and the WBC may be calling for a mandatory against this Orozco. That’s possible. This guy that (promoter Lou) DiBella has, Diaz, I understand is a real talent and is capable of giving Terence a good fight. So, it will probably be one or the other of those guys. But we have to talk to Terence’s people, so we’ll see.”

Crawford has a nice fan base in his hometown, where he fought in December and stopped overmatched John Molina Jr. in eight rounds. But Arum wants to deliver him to different locales, such as Chicago, as he tries to build him into a better known commodity to match his impressive skills in the ring. “There’s Texas, there’s Los Angeles, there are a lot of good boxing markets to expose him in,” Arum said. “Ultimately, I think we have an opportunity down the road to put a big fight in Chicago. Lot of interest in Chicago. Either (Vasyl) Lomachenko or Crawford could fight there because (Crawford is) a Midwesterner. And with Lomachenko because there’s a big Ukrainian population in Chicago. So we’re considering Chicago.”