Arum says Lomachenko vs. Sosa could move to West Coast 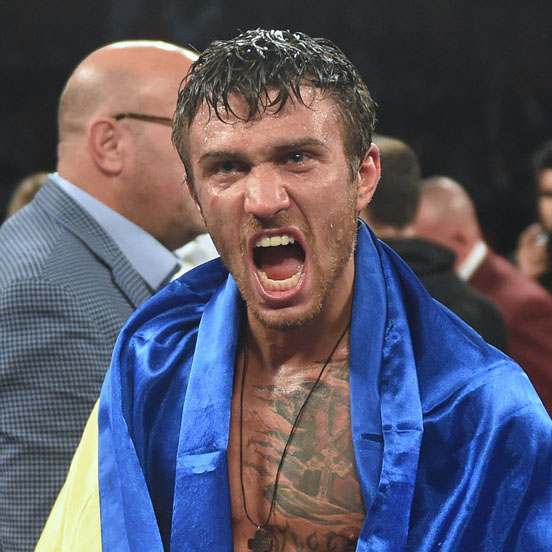 Bob Arum said Vasyl Lomachenko’s likely 130-pound title defense against Jason Sosa on April 8 on HBO could end up on the West Coast instead of the new MGM National Harbor in Oxen Hill, Maryland, as has previously been reported because of a possible exciting televised co-feature in the works.

Arum is in discussions with executive vice president of HBO Sports Peter Nelson about a second bout that could move the card away from the Maryland venue. He wouldn’t disclose the possible co-feature or any other details of the move. “We’re talking to Peter (Nelson) about an undercard and if the undercard is as strong as I think it will be, we may move the site to the West Coast,” Arum told RingTV.com on Thursday without providing any further details. “It’s got to be a real strong undercard. It can’t just be the fight. It has to be significant. So, that’s what we’re working on.”

Arum said it’s his understanding that Sosa, who was elevated to the top candidate for Lomachenko after both titleholder Jezreel Corrales and Orlando Salido turned down deals, has accepted the offer to face Lomachenko on April 8. RING pound-for-pound No. 6-rated Lomachenko (7-1, 5 knockouts) is a two-time Olympic gold medalist who battered former champion Nicholas Walters last November before Walters succumbed after the seventh round. He would be a heavy favorite over Sosa (20-1-4, 15 KOs). The Camden, New Jersey resident won a secondary 130-pound title over Javier Fortuna last June and captured a unanimous decision against Stephen Smith in November.