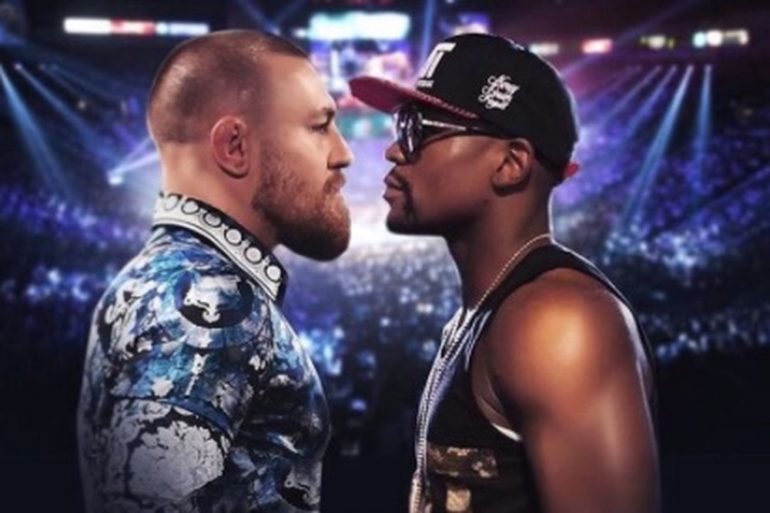 It's happening!
01
Feb
by Michael Woods

As we edge closer to getting #MayGregor, the point of being over-inundated with the possibility of this event coming to fruition has already driven many folks to the edge.

No more talk of Floyd Mayweather Jr. fighting UFC lightweight champion Conor McGregor, I see on social media and hear in person when out and about.

So sorry, this thing is a real deal as a concept because it is interesting. It has legs as a topic in a time period when “legs” is anything that stays in the news for more than three days at a pop.

So forgive me if I add to the mix with this somewhat unexpected and, I think, humorous snippet from the #MayGregor milieu.

Twitter pal Adam Clist Wynant (12-5-1, 6 knockouts), an Indiana native, fought pro from 1997 to 2006. He stepped to the line against some names, including Henry Crawford, a prospect from Jersey. And in his fifth-to-last pro bout, Wynant took on Julio Cesar Chavez Jr. in his 19th pro outing and was stopped in round one. “I had more natural ability than a desire to train, to be honest,” he says. “I truly took my career seriously a little too late. But I had some great experiences. I could have been a contender, I think, but I didn’t want it bad enough until it was too late. I had one of the better jabs that I’ve seen, truly! I was a great sparring partner, whom just never put it all together in my bouts.”

These days, the 39-year-old Wynant, 40-12 as an amateur, drives his Tesla and picks up passengers for Uber.

One passenger, a little while ago, was a certain MMA-er with a brogue and majestic skills of trash talk.

“I drove/Ubered him and some chick to the Aria hotel in Las Vegas maybe six months or so ago,” the Las Vegas resident Wynant tells me. “And truly I didn’t know it was him. He saw that I had FightNews on my touch screen. He then asked what I thought of Conor McGregor wanting to fight Floyd Mayweather. I stated that, “Conor can’t whoop me in a boxing match, let alone the greatest of all time.

“This guy, who I didn’t know, didn’t say anything and then I opened the door for him, and he was getting out and he said, ‘I’m Conor McGregor,’ to which I said, ‘I still mean what I said,’ with a chuckle.

“He then smacked my hand and walked away. I laughed; I think he admired my stones and got in my Tesla and drove away.”

Hey BoxRec, would you mind adding another win, via KO 1, to Mr. Wynant’s record?

Uber-ing in a Tesla? Holy Toledo. The closest Michael Woods got to associating automobiles with Tesla, it was when he played their CD, “The Great Radio Controversy” in his car. Don’t laugh; that slab kicks mucho ass.